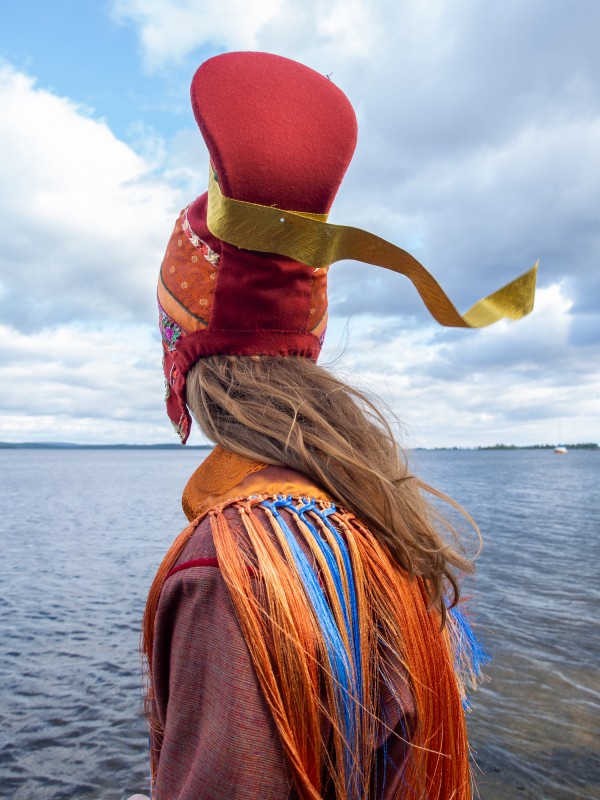 Minds Rising, Spirits Tuning sets out to examine the spectrum of the extended mind through artistic and theoretical means. Directed by Defne Ayas and Natasha Ginwala, the 13th Gwangju Biennale will feature a dynamic program encompassing an exhibition, a performance program, an online publishing platform and publications, and a series of public forums bringing together artists, theoretical scientists, and systems thinkers. The Biennale argues for the primacy of plurality, positing that points of origin and influence ought to be accessed not only through the dominant technological systems and machinic vocabularies traceable to the West but also relate to heterodox ancestries.

Speaking of the selected participants, Ayas and Ginwala noted: “So as to engender and invoke channels of affiliation, solidarity, friendship and renewal, both in South Korea, which has  demonstrated her resilience during this pandemic, as well as globally, we are keen to show our  commitment to artistic practices that enable mutating, itinerant, hybrid, and at times undisciplined  alliances. As such, we are committed to artists with mind-expanding and ever-inclusive practices,  those that act beyond the binary framings of insider and outsider, legal and illegal, masculine and  feminine, that are each invested in interdisciplinary frameworks traversing ancestral knowledge, augmented intelligence, and healing systems. Theirs are active references and experiences that are  locally relevant while being connected to our shared planetary conditions today, transcending  generations and geopolitics. We are grateful to each of them for their responsive approaches.” 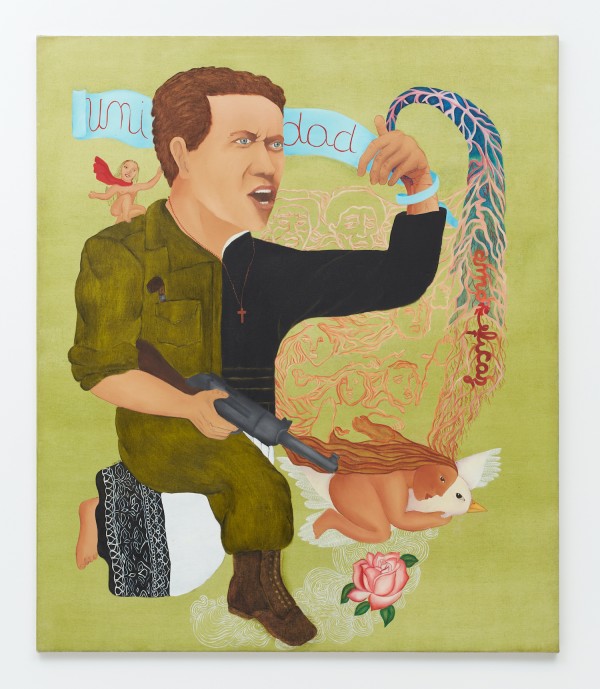 Minds Rising, Spirits Tuning stages an inquiry into the ritual systems of Korean Shamanism, especially  the role of female shamans encountering and healing communal trauma, patriarchal violence and  illness. Modes of kinship are figured not only between humans but also with the “beyond human”  world(s), and moreover amid landscape ecologies of the Korean peninsula. These visual registrations  are assembled through ceremonial amulets, hand illustrated manuals, folding screen paintings and  artefacts from the collections of The Museum of Shamanism and The Gahoe Museum of Folk Painting in Seoul.

We ask how these modes of intelligence addressing the cleansing of energies, protection of the ailing  body, and forces of renewal toward frayed and toxic relations may be harnessed through these  sacred and ancestral forms of representation, beyond their surface readings as an aesthetic practice.  Further, through a selection of manuscripts and paintings from the Wellcome Collection (London)  mappings are projected of the diseased body and personified organs, from a Tibetan bloodletting  chart to the lord of death, from Hindu cosmology, Yama holding the wheel of life. The Biennale  integrates these broader cultural ontologies of health and systems of cure throughout the gradient of  life and death. 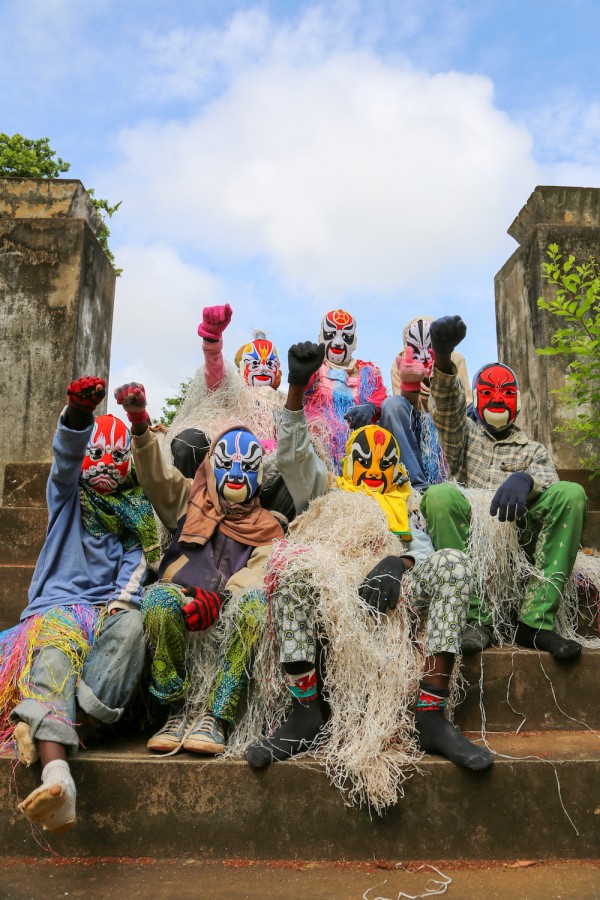 The exhibition brings together key figures from the contemporary cultural community in South  Korea as well as visual artists who have featured prominently in its past, in order to draw upon the  historic and existing artistic milieu. Engaging with the unfinished histories and suppressed chronicles  in the Korean context seminal practitioners such as prolific painter Min Joung-Ki, photographer  Gap-Chul Lee, and interdisciplinary artists Moon Kyungwon and Sangdon Kim assume a significant

presence within the Gwangju Biennale Exhibition Hall. The ground floor gallery is envisioned as a  space free to access to the public, with the new codes of proximity and gathering in mind, and  featuring several new commissions by artists as well as archival and historical loans from the  Shamanism Museum Collection and Gahoe Museum, with major collections on Korean Shamanism  and folk painting on view. The works on view conjure sensorial entryways into the present while  also inviting audiences into glimpses of commemorative aesthetics and sacred emblems of  protection and recovery, as well as the groundwork of collective intelligence in a networked society. 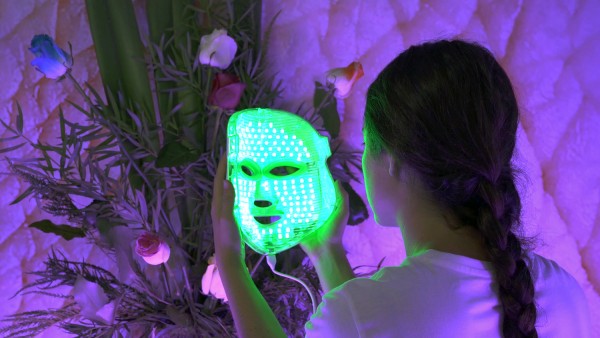 The exhibition here unveils a dialogue with conceptions of death and the afterlife, reparation of  spirit-objects, corporeal limits of the body as well as acts of mourning through newly commissioned  works by Theo Eshetu, Trajal Harrell, Gala Porras-Kim, and Cecilia Vicuña. From the ephemeral  aura of a flower mandala by Chrysanne Stathatos to the loneliness of a desert necropolis by Ali Cherri, artistic and historical works will attune to linkages of ancestry, visions of the afterlife, non western mappings of ailment and cure, and the foundational role of the undead in shaping registers  of “the real” across the world(s) of the living.

Judy Radul will challenge the concept of visual perception and “the image” as such in a  technological and biological sense, by pointing thermal cameras, usually used for weapons, border  control, mechanical inspection, surveillance and fever screening systems, at a live orchestra  performing at the 85 year-old Gwangju Theater, Korea’s single oldest cinema operating to date. Her  installation stages an attempt to hijack a technology that usually appears in connection with  weapons, border control, mechanical inspection, fever scanning, or ghost hunting. Photomontages by Zofia Rydet developed between 1975 and 1979 will dialogue with the theatre’s cinematographic  history by blending surrealistic visions with glimpses into the everyday life of communist-era Poland.

The Yangnim mountain area is symbolic of a layering of histories, from Japanese colonisation and  the anticolonial resistance, to Christian evangelisation across the Korean peninsula and the geo political / militaristic influence of the United States. These histories can be traced through the well preserved examples of traditional Korean architecture, the cave tunnels dug as bomb shelters during  colonial times, and the memorialisation of missionaries. The Gwangju Biennale will be situated in  the premises of a community art space called Horanggasy Artpolygon, located on this sacred  mountain previously used as a site for sky burials and currently the base of a Christian cemetery.  New commissions by Korakrit Arunanondchai and Sissel Tolaas will be on view, alongside recent  works by Patricia Domínguez, Sahej Rahal, and Sangdon Kim.

Exclusively conceived for online audiences, works by Ana Prvački, Kira Nova, and nasa4nasa are  presented in the forms of episodes and web series on social media channels and streamed on the Biennale’s website, leading up to and after the opening of the Biennale. Hybrid forms of individual  and collective expression, protocols of intimacy and codes of spontaneity are all explored in these  newly commissioned artworks, as well as our relationship to bodies that transit between the spiritual, physical and virtual, beyond the grip of pandemic-induced alienation.

Scheduled from September 2020 until January 2021, the public programme examines the tidal  currents of people’s movements, the recurring spectre of oppressive regimes, and the inventive tools  of current citizen protests. The programme features more than a dozen online talks, sessions, and  video recordings by scholars, artists, activists, and civil society actors from around the world; to  address grassroots struggles in a discussion of shared vocabularies on strategies of public dissent,  civic advocacy, healing communal trauma, indigenous solidarity, and environmental activism. Online  and on-site sessions featuring Ruha Benjamin, Djamila Ribeiro, Esther Haluk, Nadège, Lokman Tsui, Vladan Joler and a.o. focus on algorithmic violence and digital surveillance; struggles to protect  land and waters from extractive infrastructures; and the feminist legacy of democratization movements from the 1980s onward.

The reader Stronger than Bone reveals various strands of our inquiry into these issues and engages  wide-ranging topics, including the following: robotics and techno feminism; healing practices; sexual  freedom and sexual violence; matriarchal cultures and shamanic deities; the gendered dimensions of  self-optimization, digital identity, and gaming culture; how the trauma of state violence is passed to  future generations; race, repatriation, and ecological violence in the Global South; among others. Co-published with Archive Books, Berlin.

January 30th: A keynote addressing an ethics of renunciation toward a unique proposal for non-injuriousness as a way of life by Leela Gandhi