On this digital platform, 72 galleries from 35 countries will each present one artist who is an out standing representative of their generation, collectively showcasing the latest developments and trends in contemporary art.

The concept behind Liste Showtime follows in the footsteps of Liste’s primary concern, which is to present new artistic positions in great depth year after year. As such, each gallery will showcase one artist and will be able to individualize and inde- pendently design their online presentations through the use of various modules and media. Visitors to Liste Showtime will be able to select specific galleries and artists as well as allow themselves to drift through the presentations and discover artists by chance. 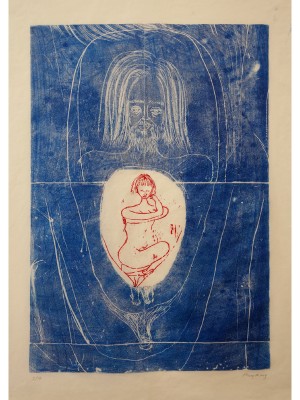 In addition to the digital platform for galleries, Liste Showtime also encompasses a poster project titled "Rewriting Our Imaginations", which was inspired by an essay written by science-fiction author Kim Stanley Robinson for The New Yorker magazine and was created in collaboration with artists selected by the participating galleries. For the project, each selected artist designed a poster at a time when life as we knew it was disrupted and what had previously existed only in imaginations became reality; thus, “Rewriting Our Imaginations" asks what new imaginations and new futures might look like when what was previously fictional is transformed into something real.

While posing questions about shifting imaginations and realities, the project is also about exploring new modes of production, presentation and distribution that are independent of physical travel and shipment. Thus, the posters will be showcased on Liste Showtime in our new online shop and can be purchased as PDFs for CHF 30 each. Buyers can then print the files in their preferred size and with their preferred technique. The original works can also be requested and purchased directly from the galleries. 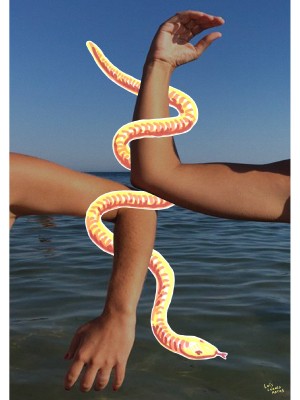 Furthermore, there is the possibility to develop “Rewriting Our Imaginations" into an exhibition series that can easily be shown anywhere around the world, as the PDFs can be sent digitally and produced on site as posters. The series will begin in Basel, where the posters will be displayed on public billboards throughout the city from 2 – 15 September.

We would like to thank all of the participating artists and galleries for their commitment and their visions, without which this experiment would not have been possible.