Answers from Berlin, Rabat and Mumbai.

In the framework of Berlin Questions, a conference for the immediate present held with mayors and empowerers of the world, and in the spirit of our upcoming reedition of the 2038 issue for the German Pavilion at the 17th Venice Biennale, Arts of the Working Class has invited artists, creatives, students, and thinkers from its global network to respond to the urgent problem of urban development.

These are some of the questions directed to the guests of the conference and which we attempt to tackle this week. From tropical megacities to laid back alpine localities we are all facing intense change and cultural upheaval due to the intensifying climate crisis, renewed social struggles, and the effects of the Covid-19 pandemic and the global economic crisis following in its step. These changes will manifest in the urban structures surrounding us, from the macro level of our infrastructures to the microscopic plane of our deepest social interactions. How will we shape these changes? What do we want for the future of our cities and our societies? Berlin Questions & Arts of the Working Class open up a horizon of possibility by gathering potential answers to these pressing questions.

The third round of this mini-serie of questions on future cities, we collected more transnational voices, namely from Bouchra Tafrata (BT), an urban researcher and graduate  candidate from Willy Brandt School of Public Policy, now in Berlin, Germany, and Safiya El Ghmari (SEG) an advanced doctoral candidate, Dept. Risk Management and Spatial Development at the National Institute of Urban and Spatial Planning, in Rabat, Morocco. While voices from Mumbai, India are represented by Loise Braganza (LB) artist and researcher, Kunal Anand (KA) multidisciplinary designer, curator and creative consultant.

If you could envision a "New now" for your city, what would that look like?

(BT) A "New Now" must consist of promoting and establishing solidarity, care, and inclusivity in the urban environment. The pandemic has shed light more than ever on the disparities in Berlin, particularly in housing. After the rent cap was overturned by the constitutional court, the frustration and fear increased drastically among city residents and many Berliners reported and shared online their horrendous experiences with either real estate companies or private landlords. Homelessness continues to plague the public realm, as homeless people find refuge under bridges, parks, and transit stations. The authorities continue to push them away, instead of providing solutions, as if these people aren't part of the city. Moreover, housing is a basic human right! This shouldn't be a controversial intake. A "New Now" should foster people-centered policies, for everyone to celebrate their right to the city.

(SEG) If anything the pandemic has shown how our present is unfair, so our vision for a New Now would be more inclusive. The effect of the pandemic on vulnerable urbanites is a clear indicator to think more about fundamental human rights in cities. One simple yet stark example is the right to housing: while many of us had the luxury to confine ourselves in our houses while other homeless people had to stay on the streets, worse evictions were the urban highlight of this pandemic for me.

A ‘New Now’ should definitely include us all, without discrimination.

(KA) ‘The New Now’ for Bombay seems quite bleak. A third wave is inevitable and dystopian thoughts come to mind. Unfortunately the gap between the ‘haves and ‘have nots will likely and sadly get deeper. 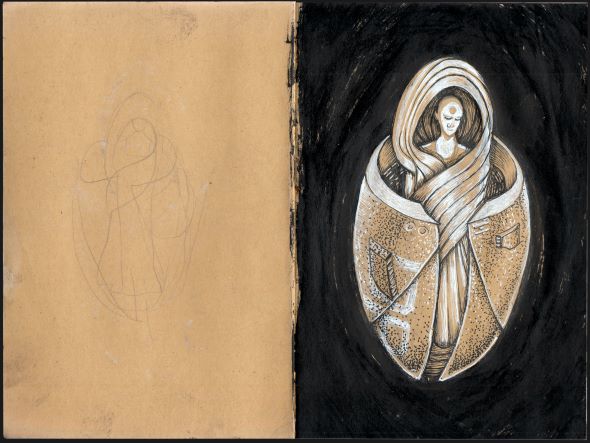 During the pandemic, did you feel disconnected or isolated in your city?

(BT) Experiencing lockdown in Berlin was emotionally and psychologically consuming. The measures reinforced utter isolation. The public space became nothing but physical space. I watched all the socio-dynamics that made the city alive vanish overnight. The urban realm lost its socio-spatiality. It is necessary to highlight the importance of incorporating green life, parklets, outdoor sittings, and interactive urban approaches for the people in residential areas. Greenery nourishes the soul. As a matter of fact, I have observed my neighbors dive into intense gardening either on their balconies or backyards. Some of them even used these common spaces to interact, while social-distancing, during a time of isolation. I found solace in looking at the color green in buildings, gardens, balconies, and in the streets. It was the only thing that embodied life in a period of global distress.

(SEG) The pandemic has of course highlighted the importance of a reasonable quota of green space per inhabitant. Comparing cities I have been to during the pandemic isolation is strongly felt in those cities with less public green spaces and enough public amenities.

But a huge part of the disconnection felt during the pandemic was because of the lack of social interaction and it has confirmed that cities are by essence social spaces, not just abstract built environments.

(KA) As a designer living in Bombay I find myself documenting “patterns” of informal design aesthetic from handcrafted street typography, signage and hidden pieces of graphic design. A series of these observations are based around the windows or door grills in Chapel Road in the Bombay suburb of Bandra. These “jaalis” or “grills” were photographed from the street as one winds down the road. During the pandemic I found it therapeutic to create a sketchbook illustration looking at these grills from the inside looking out. This work captured the feeling of being caged in one's home with colour, light and the city outside. The artwork is created on a rich yellow paper with carefully drawn marker lines The lines are created in a rigid repetitive process and further extend to create the shadowed rails or grills. Ironically while drawing grills I also flt the need to create repeating illustrations based on water, waves, flow and lines. A way of transcending or empowering waves of change in one's mind.

Is there a moment from the past year that you will never forget?

(BT) I will never forget the deafening silence in my neighborhood back home after Morocco entered a full lockdown in March 2020. The streets became silent at 6 pm, no one was allowed to go outside after that, everyone needed to have legal authorization to leave their house. It was a dystopia. The people who made the city disappeared and all that was left was an empty emotionless space, which reminds you, every time you look out of the window, that a global pandemic is happening and all we have now is fear and uncertainty.

(SEG) I can never forget the first day at work after the end of the first confinement. I thought I'll never be able to see my colleagues again. Despite the ease there was to move to a remote work setting, it was hard to imagine ever being back to an open office area. It shows how not only unprepared we were, but also the rigidity of architecture.

In fact, we should probably rethink architecture more in terms of porosity and permeability. I don’t want to sound pessimistic, but unfortunately what lies ahead of us in the future demands an architecture of emergency that could be malleable and adaptable to all sorts of risks.

(KA) India has been devastated by the pandemic, with a slow acting government, an already underfunded public medical service and mass export of vaccines to other countries. Scenes of mass pile funerals and resulting smog were widely documented as each city tried to function under these extreme circumstances. The illustration below was created in this wake. 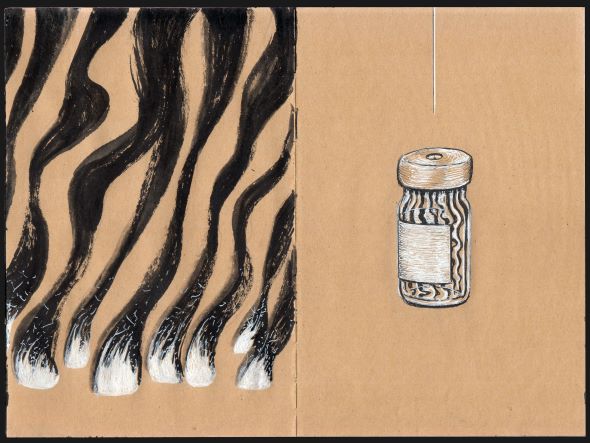 (BT) The challenges are innumerable. However, in the context of the current pandemic and the rising climate risks, many governments hesitated about introducing new measures to benefit city residents, instead of redundant lockdowns. Businesses, particularly the food service industry, were required to shut down instead of offering a space for them to increase the outdoor setting. Cars continue to occupy the public space, which shows who the majority of this space belongs to. Governments keep implementing unsustainable policies, where people aren't the center of the policy-making process. Post-pandemic cities need to be people-centered and be attentive to the residents’ needs and concerns. We need a participatory model in city-making. The future should be green and sustainable.

(SEG) If I may answer this question with only a challenge it will be that of the increasing complexity of today’s world. We live in an era where despite access to data, we can’t automatically predict the future: “the whole is greater than the sum of the parts”. We are at a crucial point of history where we should reconsider the lenses through which we see the world. The reductionist approach to cities or science as in general little by little is proving to be inadequate to help us understand and navigate today’s complexity. There is an urgent need to develop new theories and tools that could better grasp the volatile nature of the world’s dynamics and interactions.

(KA) Finding and implementing new solutions on a large scale without causing destruction in the process. 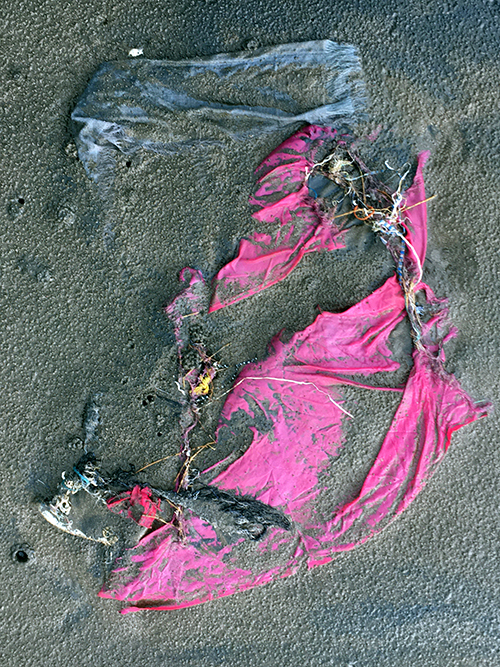