Tecniques of mutuality to escape involution.

The iron door on the ground floor of the building with ocher tiles had a combination lock, and those who knew the code could open it directly to the first floor. There was the studio shared by the Prickly Paper editorial department and friends. The door was always open, and every time I went I saw new faces. Sometimes I saw people gathered in small groups, making woodcut prints; sometimes people were walking, sitting, and lying around, sharing food and drinks, pouring out their joys and sorrows to each other. Three cats hung out on the windowsill, or at the foot of the table.

A calendar hung on a metal plate near the window in the studio, filled with schedules, with Chris and I occasionally occupying a small time-frame on it. Yifei and Feihong were always toiling away, either at the computer typesetting or binding, making tea, packing things... The printer squeaked. Just when we thought similar scenes would continue like always, one day in May, the landlord asked Yifei and Feihong to move as soon as possible. They called their friends to come and pack and found a new place immediately. Then they came up with the impromptu idea of holding an exhibition in the old space, which everyone quickly responded to. I went to visit the setup site, where their friends' work was scattered around. I heard them chattering about how they hoped to sell some of their work at the popup exhibition to ease their financial situation.

From the Prickly Paper editorial office, we walked through the narrow streets with concrete floors, passing supermarkets, fruit shops, drinking water companies, hair salons, small courier shops, a few restaurants, computer and mobile phone repair shops, and painting shops, and came to the lively Yingzhou Bei Road, where we could see many small vendors on the both sides of the road selling grilled oysters, watermelon, ice jelly, fried tofu, handmade burgers, octopus balls, Taiwanese hand-picked cakes, and the signboards of convenience stores at the intersection would look particularly bright at night. We turned left into a more potholed alleyway, then passed a hairdresser, a small supermarket, another hairdresser, a couple of small restaurants, a hardware shop, a tea room, the "Good Luck" supermarket which was across the street from a restaurant called Xijiangqiao, then turned left into a slightly darker alleyway, opened the first metal door, and went up to the fourth floor to reach The Cave of Spider Witches.

The cave is very private, so Qianyang opened the door and we followed her up the stairs: First, second, third and fourth floors. We looked up and saw an uneven door wrapped in tinfoil with three Chinese characters Pan Si Dong (“The Cave of Spider Witches”) made of white paper clay painted green in the middle. In the cave, at the foot of the wall on the right side, are piles of drawings from Qianyang and perhaps some of her friends. A bookshelf is placed in the middle, and all of the walls are covered with a variety of materials and manuscripts, as well as a well-arranged collection of oil paintings, posters, cartoons, prints, copies of magazines, work schedules. Silver and golden silk curtain separates the sleeping space. Above the tiles on the wall is Qianyang’s large pencil self-portrait. One day Qianyang told us that she had rented a room on the top floor and had a balcony to use, so, out of her needs, the space began to stretch. 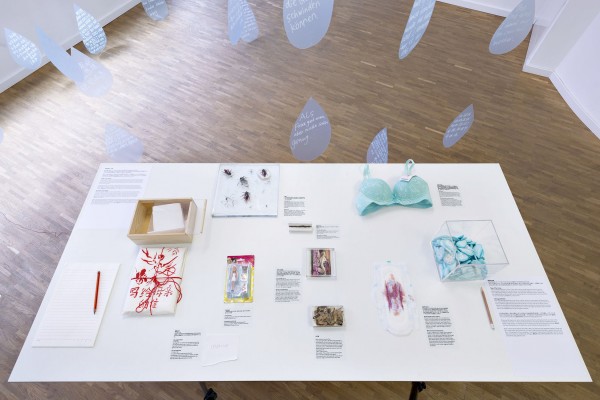 There were many rainy days and occasional sunny days, and most of the days when we were guests we would always stay into the night and talk until we were tired before going back downtown. Perhaps because of the lack of light in the rooms and the complex smells in the streets, I always felt like I was walking through caves in Xiaozhou. I think back to my first visit here a dozen years ago, unaware that this village had housed so many creators, from those preparing for their exams to those who were studying; from those who had graduated a few years ago to those who had graduated a few  decades ago. Each person was in their own cave, occasionally taking a few diverging paths to other caves, getting bored with one's cave and merging with others to form larger caves for those coming and going to stretch themselves. 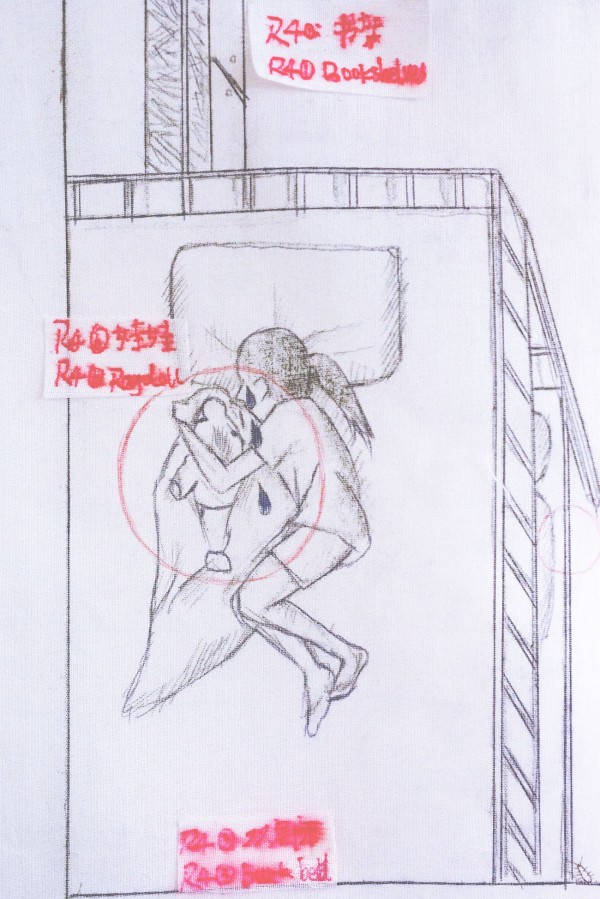 In his interview in Illustrating Inter-Asian Self-Organizing Woodcut Practices III - Institutions and Beyond, Feihong mentions, "Our work is just one of the points in the network, never the center, the key is to create more connections between different points." But forming such connections and networks is not easy. Inventing spaces to live and create requires more mutual learning. Creating, selling, and re-creating, the economic model of the artmaking cycle, is very much on the minds of the artists Qianyang, Feihong and Yifei, who often talk about the preciousness of participating in various workshops or being stall holders at art book fairs where they can interact directly with their audience and readers and exchange ideas.

During the time of this project, which has lasted for months, the plague continues. The world has changed a lot, and there is often discouraging news that makes it difficult for us to catch our breath. We still receive signals from each other, and it has been a rare comfort to meet face-to-face and to create from time to time. In Xiaozhou, I observed that the meaning of art practices is always related to the repetition of dissipating movements, like a carving knife leaving a mark with one stroke, and like a spider web twisting from a single thread…

If we don't want to keep practicing involution, how do we reach the future without being interrupted? This time, in the frame of the project Escaping Involution, we connect two points HB Station, Guangzhou (CHN) and Synnika, Frankfurt am Main at a distance of 9,500 kilometers, throwing creations into each others’ living spaces, or, instead of seeking answers, we try to raise some questions, waiting for something fantastic to happen. 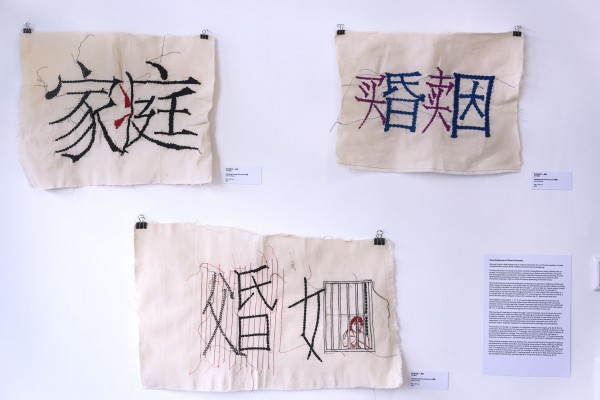 This article is part of Escaping Involution, a collaboration between HB Station, Guangzhou and has been translated from Chinese to English by Nicole Deng.

(CHN) and Synnika, Frankfurt/Main. Synnika is the official pick-up station for Arts of the Working Class in the central station district of Frankfurt/Main. For more information, visit www.escapinginvolution.com and www.synnika.space.
//