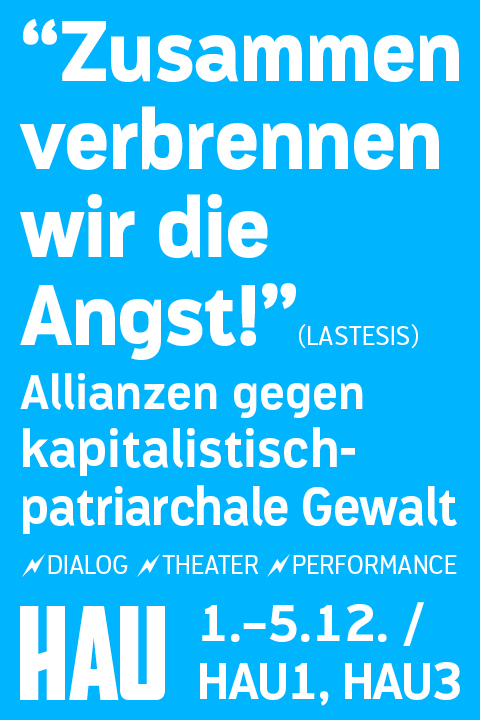 LOST IN THE RIFT: A RELIEF

On the intra-pandemic edition of Berlin Atonal.

It’s baffling how architectures conceived for machines can feel so hostile to humans, while the space destined for soft bodies is reduced to cubicles connected by doors, leading to other cubicles. But the immense and emptied space of Kraftwerk, a former heating plant and the venue for Metabolic Rift, has gifted me a machinic clairvoyance. On this occasion, the space opened the fabricated doors of more-than-human connections for a month-long sensorial program, finding itself haunted by site-specific artworks.

The 51 participating artists, whose works were commissioned for the curated line-up, promised a solid experience of cultural digestion through which I was very curious to push myself, alongside my usual scepticism in cases where a consistent amount of money is being invested into grand-scale entertainment purposes. I felt a bit disappointed when, contrary to the premises of “an un-guided experience”, I discovered at the reception that the first part of the tour, unfolding through the Tresor club, would be light mediated, and that it was mandatory to stick to the group and to follow the path shaped by the yellow lights. After assuring the mediator that we would comply with the rules and not get lost (this, when Tresor was once the temple of lust), we descended into the bowels of the club.

The first impact with a narrow corridor was of a soft schizophrenia, and my suspicious colleague visitors stuck in line. The deep dark was mediated by strong acoustic impulses and moving images (Pan Daijing, SEAL, 2021) intermittently layering the obscurity of the caged rooms. A carcass of a metallic monster appeared under the surgical neons, it was Giulia Cenci’s Progresso Scorsoio, 2021, and I felt an archaeology of the ruins of the future. While crossing a narrow path, onto our heads came Jeremy Toussaint-Baptiste’s Devo (Listenin’ Out The Top Of Ya Head), 2021, iron castagnettes diffusing dissonant tunes, alerting my senses. That’s how enslaved people through history succeeded in their strategies of evasion: finding in noise their ally. At the end of the tunnel, rhythmed by psychedelic notes, the hand-drawn masks of Lillian F. Schwartz’s Ephemeral Age Eternal, 2021, unmasked my catastrophic unconsciousness. Ascending to the gigantic Kraftwerk attic, a performer accompanied our fatigue, sweat and breathing with a mermaid-like chant, showing us the way to Visitant (no dancing 2020-2021), 2021, by Cyprien Gaillard and Hieroglyphic Being, a spectacular human-shaped tubular sculpture inflated by an industrial turbine, a goofy tribute to our longing for movement. The group stood there in the room for a while; I bet we all felt that our human size was inadequate for the dimensions of the industrial architecture.

The first part of the show ends on the notes of this ritual melancholy, and we group were then left to navigate Kraftwerk’s innards freely. I must admit that I felt a bit unsatisfied, as I stubbornly prefer to experience things at my own pace. Nevertheless, being voracious to go ahead, the indigestion was yet to come.

On the many levels of the main hall, my eyes acquainted themselves with the darkness, and feeling called by the discovery of shapes and forms, I moved slowly, curious for new encounters. Lights flashed all around my peripheral gaze, as if mellow thunderstorms. My first approach to the inhabitants of the main exhibition was with the multichannel video installation they who control the weather, 2021, by Armand Hammer. The high intensity sequences of images and ghetto vibes glued me to the pile of pillows scattered around, but I longed strongly for the gloom. I moved around blinded, but with my senses wide open, and allowed myself to become used to feeling without thinking too much. I spent long minutes with my nose up in the air, trying to decipher the pixelated skyline on a ghostly marquise (Arash Nassiri, Teeeeehran Malēēē Manēēē (Teeeeehran is miiiine), 2021), which transported me to a tired future. Slightly aside, almost hidden in the shadows, black on white, the poem Exhibit 1, 2021, by Ilya Kaminsky, recites “to be kind to the hot water bottle of my body”, and my flesh crashed on me: how is it that hardness constricts our thoughts? Close to the piece of poetry was the entrance to Sung Tieu’s installation Nerv Centre, 2021, where a series of moving-head lights, sound and prints gave back life to the control room of the power station, in a disturbing orchestra of acoustic weapons. I returned to the haunted room more than once, but carefully: the frequencies of power induce neurosis! In the shadows a temple of textiles, votive vessels and organic matter imposes its shapes (Daniel Lie, Non-negotiable Condition, 2021). Walking through, I felt the freedom of decay and transformation; the inevitability of time crumbling down is not a damnation, but a natural process. Moving backwards, my hands unintentionally touched something which didn’t belong to the rough concrete of the wall; it was one of Cezary Poniatowski’s manipulated objects, which, losing their functions, parasite the building. I ran away from them, disturbed, and my body felt attracted to the structures of puppets portrayed in the drawings by Viktor Timofeev. It is difficult to tell of his interconnected systems whether they constrict or support the human. From afar I was shaken by a tune, and I followed to be led to the wretched skeletons of cars, inside them the personal belongings of their passengers making me relate to the hedonism at the end of the word; I have been discussing it with my friends for quite some time now. It’s MFO and Lyra Pramuk’s This too will pass, 2021, and the rave is somewhere else, the dancers are gone. At the opposite corner, something hangs from the high ceiling, and with chains, hairs and pipes intertwined sits Ana Alenso’s Medusa's Fossil Addiction, 2021, the future of our polluted environments shaped in the allegory of the cyborg.

At a certain point, I checked my phone and found that I had spent two hours inside Kraftwerk. Time was phagocytized by the labyrinth of apparitions. And I felt just as suspended as the Dogon mask from Mali encapsulated in resin, standing on a pedestal close to me (Matthew Angelo Harrison, Dark silhouette : Composition of borrowed inlets, 2018). It tried to shield itself from the colonial gaze, as I tried to shield myself from my own sensorial betrayal. Before I trespassed the exit door, fascinated, I turned back to witness that prolific climax for the last time.

These were the peaks of my unhinged Atonal experience. The informative labels for the artworks were not so evident nor required, thanks to the pieces being part of a bigger organism of destruction and resurrection, cannibalising the techno-natural environment. Nevertheless, the experience of those within that organism still contained fragmentation; as I am prone to so-doing, I observed the bodies of myself and others in relation to the spatial arrangement, and not everyone could relate to the relief of getting lost and finding something new.

In its sensoriality, Metabolic Rift is for the many, but conceptually, still for the few. The effort that it makes in narrowing the gap between psyche and flesh is nonetheless appreciable, and to be pursued. I indeed foresee in my Atonal detour the sparks of a new concept of exhibition making, where the attention shall be given to the path that we choose to take in order to articulate our minds and bodies with complex relations.

What stayed with me for a few days after visiting is the mystery that glues together experiences and objects, sensations and thoughts. The ponderous loop of time, which we embody by shaping matter, in creating points of resonances rather than statements.

I wish for, as in this case, more uncomfortable architectures for humans to be repurposed by the worlding possibilities given by art, and for those hybrid spaces to become the index of a renewed proxemic for imagination and criticism. I wish that in the future, the experience of the rift could be accessible to those who are deprived of a connection with the transcendental from being cemented in the struggles of the matter. Maybe the former workers of the power plant, or the current ones who assure the livability of our own cubicles. I am looking forward to the next edition.