PORTRAIT OF THE ARTIST AS ENDLESS BODIES UNDER PRESSURE

On "The Roll of the Artist - Volume One", Kasia Fudakowski's autobiographical catalogue.

The reading of this compendium might feel at first contradictory. Far from being unaware of how the events presented will be received, this autobiographical catalogue (one of presumably many to come) is an amalgamation of three versions of Kasia Fudakowski herself (one is not enough, it seems). Through three different introductions worth reading over and over again, this book invites the reader into an instinctively aesthetical, unbearably universal, and reluctantly funny confrontation with a life that is still being lived, reflected, and unsettled. Funny, well, that’s not serious enough. Under the pressure of the exhilaration, exhaustion, and speculation that an award-exhibition propagates (in this case, a grant from the Gunter-Peill-Stiftung offered to her with a solo show at the Leopold-Hoesch-Museum), the artist invented the word kömick to describe her work, signifying a non-linear behaviour or logic that uses comic mechanisms to unravel a perceived reality into discernible comic and horrific elements. The kömick confrontation within the book is part of three possible narratives of countless scenarios for themes, characters, and gems of introspection, for role models, piles of stress, shit loads of love, for forms of local, global and in-between engagement, tragedy and comedy. 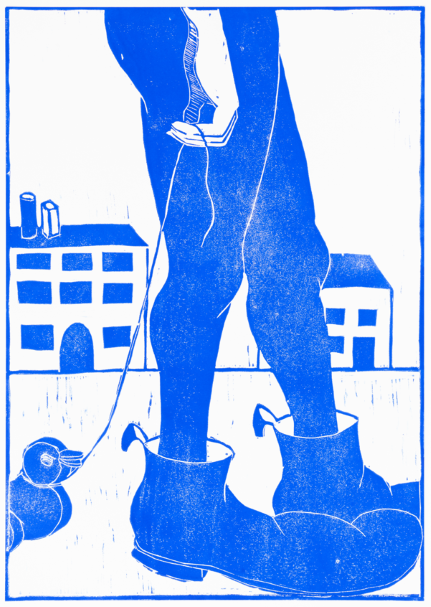 The Roll of the Artist - Volume One thus shares – as a book of beauty, self-sabotage and perfect scenarios – shocking, soothing, and sickening episodes of social pleasures and conflicts, comparable to those embodied by Karl Valentin/Liesl Karstadt, Andy Kaufman, or Lee Lozano, among other fictional, real, or universal characters from art and comedy, the relation of both being a core interest of Fudakowski’s work. The "roll" is a scatological joke that digests the circulatory nature between absurdity, urgency and legitimacy for the artist’s role in society. It emerges as a wide-ranging and intentionally awkward honesty on how the idea of the artist is maintained as a bunch of backdrops, labours and loves that never quite fit together, and are precariously sutured by the assumption of intention.

Just like The Ingenious Gentleman Don Quixote of La Mancha – Fudakowski's autobiographical catalogue slightly adapts introduction to Miguel de Cervantes' opus magnum – The Roll… can be read either as a kömick novel or as a social commentary on disenchantment. The sources of her philosophical encounters with the ontological meaning of artworks manifest as aphorisms segregated across 10 chapters. Every chapter deals with a different kind of discomfort or disenchantment and every disappointment contains a general truth.

From the shame of owning privilege to the meticulous drafting of relationship agreements; where the fictional and the real mingle, we are left to speculate on what actually is autobiographical. The Roll… allows the artist’s memory, intuition, and imagination to be appropriated by our judgement, empathy, and taste. This biographical catalogue is determined to be criticized by the political and ideological experiences of the artist, situating us in an immanent relationship between our and her non-corporeal identities, and strapping a link between what can be recognized as traumatic experiences of others (as in the case of the crippling effects of Karl Valentin’s neurotic and controlling behavior towards Liesl Karstadt), of the collective experience of the total gentrification of London or Berlin, and of the traumatic experiences turned to heritage (the stories which the author’s family narrates). 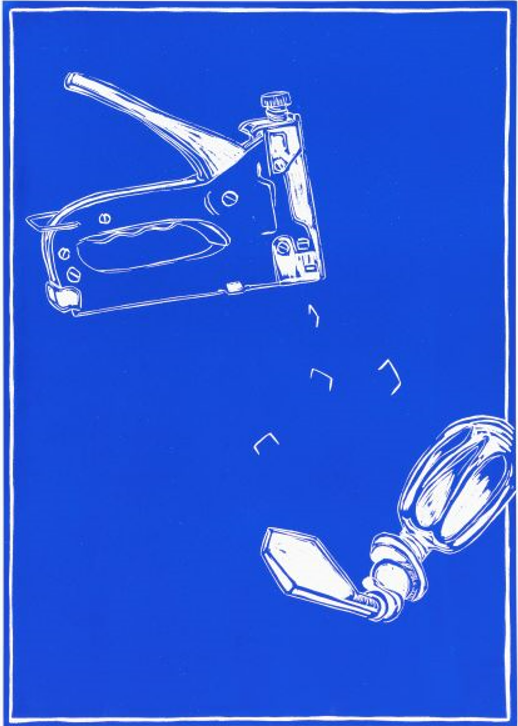 Continuouslessness, another invented word, serves just like kömick as a key to the different doors Kasia Fudakowski builds into her chapters. It is the title of a "life-long" project (meaning the event of her death shall contribute to its constitution), which liberates the artwork from representing the union of different parts to simply existing as a juxtaposition of things, time, and space. Less representation, more ambiguity: continuouslessness looks like an organism, a paravent of awkward associations which translate Kasia Fudakowski’s polyglot virtuosity as an encyclopedic collection of linguistic games, unexpected assemblages, and a tendency to irreverence. As a double negative, continuouslessness becomes a bridge into and throughout the book, which is to be understood, consequently, as unfinished.

The Roll of the Artist - Volume One will be launched on Friday, July 30, at HOPSCOTCH reading room, Berlin from 7.30pm on.