On July 17, the Autostrada Biennale opened its 3rd edition in Prizren. Its initial mission – to build a bridge – was a highway between Istanbul and Venice, the axis of two biennial cities. Autostrada means Highway in the Albanian language and for Kosova, it has many cultural connotations: construction, post-war modernization, high levels of political corruption, immigration, a route for the so-called guest workers’ holiday visits, hopes, and fatalities. So, a journey; just as the curators Övül Durmuşoğlu and Joanna Warsza propose in this year’s title. “WHAT IF A JOURNEY…” is thus an invitation to learn and think about the unfinished and incomplete against the finished and marketed art.

Prishtina was the stage for its opening, hosting Petrit Halilaj and Alvaro Urbano’s Forget Me Not (2020-2021) – gigantic flowers falling down the ceiling – at the National Library, while Agnes Denes’ Sunflower Fields (2021) blossomed at the Palace of Youth and Sport. Both flower works reflect on the current socio-political conditions and personal and collective memory, as well as embracing all of the forms of love and dreams. Situated in the symbolic modernist buildings of Prishtina, the works make visitors aware of the need for flora in the contemporary landscapes of Prishtina, where urban areas are becoming more and more suffocated under the never-ending construction of new buildings. 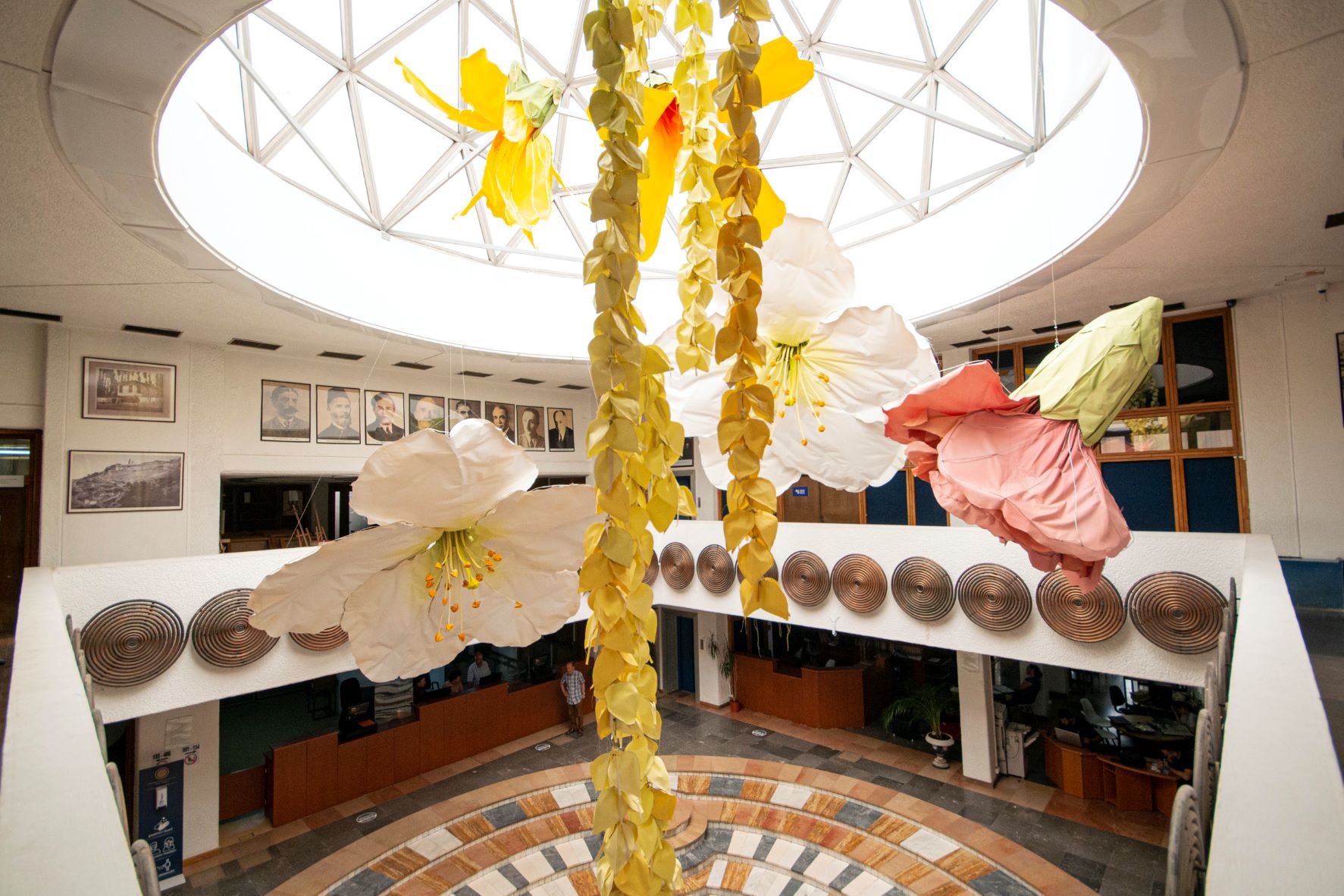 Prizren opened its part of the Biennale on the 17th of July. The exhibitions expand to 18 locations that follow the axis of the Lumbardhi river. While strolling under the extreme heat and trying to find the venues in-between the buildings, I realized that many of the artworks are resurfacing from the unconscious of the local history, back into the city.

Hera Büyüktaşcıyan’s My Eye’s Pupil Is Your Nest (2021) is an impressive installation of blue fabric, hanging and flowing from the castle down to the river. Büyüktaşcıyan followed the traces of the now-nonexistent small rivers of the city, called potok in the local language of Prizren, and has brought them back in a symbolic way. As I learned while talking with the old people from the city, those potoks were the life-veins of Prizren. The name of Büyüktaşcıyan’s work comes from the magnificent church Our Lady of the Ljevis, situated in the middle of the city with its beautiful frescoes, covered by lime after its transformation to a mosque by the Ottomans. One of the craftsmen wrote on that very lime: “My Eye’s Pupil Is Your Nest”.

I took a bike with my friends to go to the Hydro Power Plant, Prizren’s first electric supplier from 1929, to see Bora Baboçi’s installation The Waters of Prizren (2021) and Agnieszka Polska’s film The Thousand-Year Plan (2021). It took us approximately 15 minutes to get there from the city center. While Polska’s film displays the potential and disaster of technological innovations, poetically examined in the context of early communist Poland, Baboçi’s installation takes the local saying of “When you lift a rock, water flows”, and delves further into the issue of water and its central role in forming life. Her sound installation and ongoing, unfinished painting are carefully and imaginatively placed between the huge, modernist, electrical supply machines, which are now part of the museum. 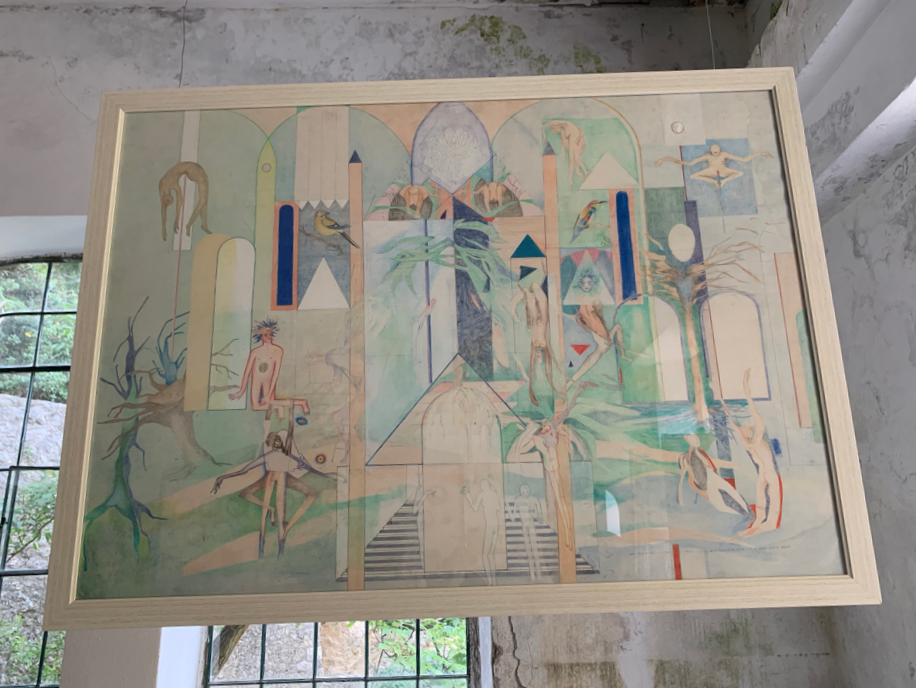 This very old castle is located in the middle of the city, but you need to climb up a good, tiring slope to arrive there. I waited until the heat lost its afternoon force to see Doruntina Kastrati’s short film When It Left, Death Didn’t Even Close Our Eyes (2020), which invited me to deal with the rights of construction workers in Kosovo. The film involves heartfelt testimonies taken from extended research done by the artist with the workers working in building and highway construction. If WHAT IF A JOURNEY… builds itself on a hopeful, collective sense of touring and exploration, Kastrati’s work shows the unseen catastrophes behind the roads that built Kosovo.

As anyone interested in the socialist past of Yugoslavia knows, the modernist monuments had a very unusual and beautiful aesthetic devoted to this geography. Instead of showing the mythical warriors on their giant horsebacks, most of the monuments instead commemorated humanist ideas, such as brotherhood and unity. Alban Muja replicates one of the many monuments that mysteriously disappeared, calling her piece Moving Monument (2021), which is placed in the old, partisan memorial structure. The structure has a circular shape and, as I later realized, it was the home for several busts of Partisan martyrs. The busts were destroyed through the 1990s and then later after the war, with only the circular structure left in place.

Shani Efendi, another building bathed in history, is activated for the first time as an exhibition space by the Autostrada Biennale. I learned that the building was a private house in the 1920s. Now, in its basement, we find the archival research work of Sezgin Boynik and Tevfik Rada, titled Who are Ferit Bayram and Nakiye Bayram? (2021). Here we grasp less about Ferit and Nakiye’s personal life, and more about the political and cultural context in which they were active. As we understand from the exhibited materials, Ferit was a socialist activist, translator, editor, and teacher from Skopje who edited the long-forgotten journal Sosyalist Fecri in 1920, and wrote the first Turkish alphabet in Yugoslavia in 1947. His lifelong partner Nakiye was a feminist activist, and also a teacher. She was friends with Rosa Plaveva and was active in women’s liberation movements. Composed of many layers, the exhibition spreads into four rooms where the socialist history of Kosovo and Macedonia in 1920 unfolds, along with how the Muslim population supported these movements. 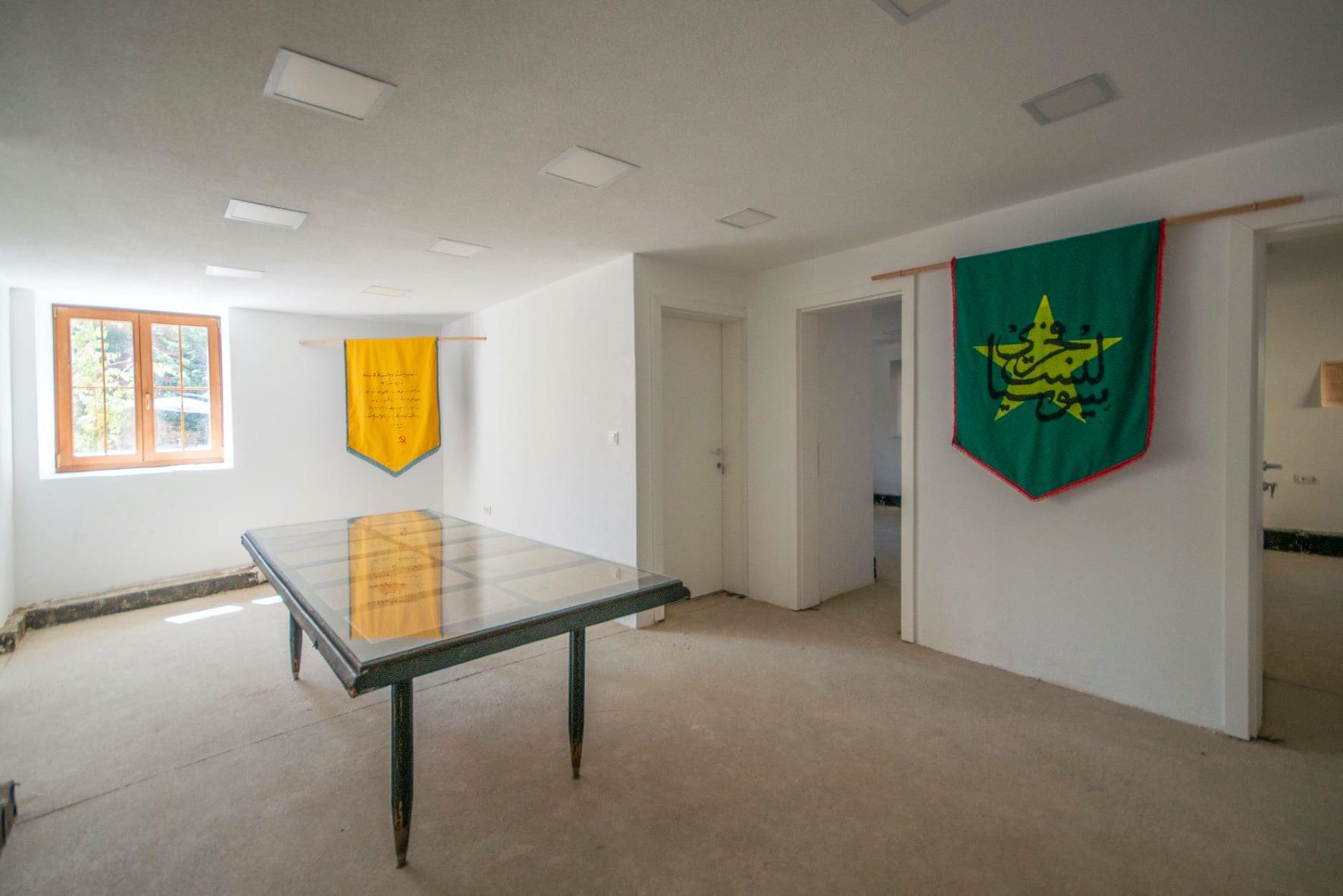 A little further, another loaded building: the Lumbardhi Cinema joins the line of historical  exhibition venues. Inside its cinema hall, Rosella Biscotti’s visual installation quotes Mussolini’s famous statement when opening the Cinecittà in Rome: La cinematografia è l’arma più forte – ‘cinematography is the strongest weapon’. Biscotti’s work strongly and yet delicately deconstructs propaganda and the instrumentalization of new technology, showing how cinema can be instrumentalized in different ways according to its political position. Some years before Mussolini, Lenin expressed similarly from an opposite political position, and Biscotti's work reminds us that technology and art can have simultaneously opposite political meanings and orientations.

While in Prizren, I became used to seeing these exhibitions spread around interesting locations and corners of the city. At times, it seemed that they would be there permanently, embodied as visual parts of the city. Such as the beautiful fabric artwork of Mirga-Tas and Edis Galushi (2019-2021), hanging at the house by the river and created by archival materials carrying the history and portraits of the extraordinary Romani women. 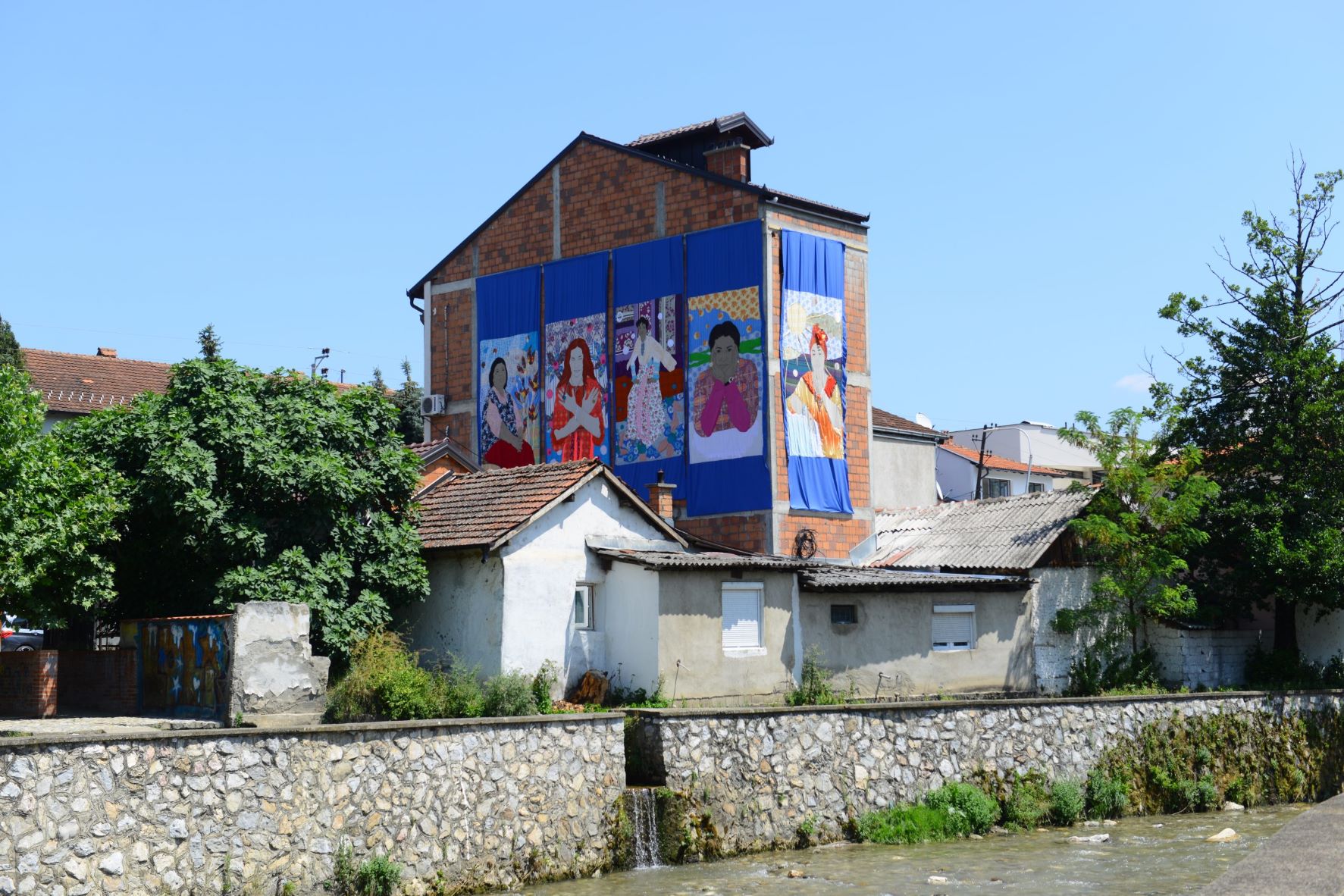 My report ends here, unfinished, with this selection of artworks from Prizren and Prishtina, since there is a lot to tell of and to see at the third venue: the city of Peja. I didn’t manage to visit EXIT here - once an independent art space that opened in 1999 and now a bar, hosting the two artists Hüseyin Bahri Alptekin and Agush Beqiri.

In the presence and the role of Autostrada Biennale across the country, it activates an unusual testament to the highs and lows that have shaped the post-war art scene of Kosovo over the last two decades; in reviving spaces, in its messages.

This 3rd biennale finds sensitive ways to interlace dissonant histories with new narratives. The artworks selected and the newly commissioned works, including the collaborations between artists invited to reflect on local particularities, all serve as a reminder of how artworks can rekindle memories and relationships. Lost moments among histories can reemerge, giving our journey a new direction in times when we ourselves mostly feel lost.