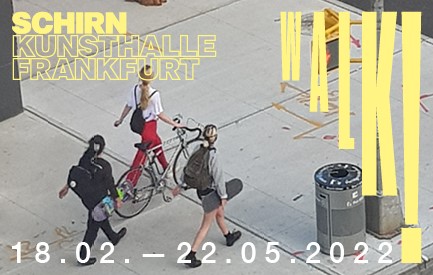 “There’s so many people out there who try to imitate what I do but I am the original.”

Paris Hilton’s 2011 dig at former friend Kim Kardashian exemplifies the kind of self-awareness needed to distill identity into a personal brand ripe for commodification. Through consumption of and affiliation with brands, catchphrases and inspirational tees, the self is flattened. Ironically, Kim has now long-eclipsed Paris as a flatness virtuosa, breaking the internet — but not the mold — along the way. The significance of this flatness is key to artist Daniel Moldoveanu, who often invites the likes of Paris and co. into his artworks and essays. According to him, flatness has never been as versatile and pervasive as it is today.

Exactly this versatility and pervasiveness greet me when I enter Pattern Making, Daniel’s solo show at Suzie Shride. Having spent the better part of my life at the Prater amusement park, a visit to Pattern Making made sense of many things I regularly see in Vienna. In the paintings Untitled (2020) and Sex (2020), one encounters motifs not unlike those splattered across Prater’s various carnival ride backdrops: Egyptian deities, cartoon characters, anime figures find themselves repeatedly entangled with ornate heraldry, nationalistic emblems and tropical ornamentation. Vibrant colors are purposely toned down with white marker and correction pen, poignantly mirroring the real-life obfuscation of meaning that these motifs underwent through commodification under capitalism and its logics of accumulation, also devised in painting.

Patterns consequently play a pivotal role in the exhibition overall, and Daniel’s background in fashion design allows him to explore the 2D-ness of it all with a deft touch. Examining clothing patterns leads to a deconstruction of aesthetic or vogueish qualities, laying bare what is quantifiable, repetitive and calculated, with an eye towards production and consumption. For his collages, Daniel reverently adopts the rigidness and precision that come with pattern making. Those on-display in Vienna (and across this issue) — Mia, Moonman and Tenwi (all 2019) — portray figures dressed in custom-made garments containing a glut of dazzling homoerotic iconography, as they pose in front of a pictorial pandemonium. Foreground and background collapse into one another, achieving (again) flatness through confusion. The high level of self-awareness on display made me thoroughly enjoy being confused, though.

The rigidity of patterns is fashionably lampooned in the paintings, but they also look for depth. Untitled is accompanied by a Manual of Viewing meant to humorously prescribe the meticulous ways through which the viewer is to approach the artwork. In Sex, a graffiti tag saying ‘sex’, seemingly breaks up the patterns on display, bringing sexuality and the body back into the fold. The tag, however, is just as flat as the genericism it hopes to upset (the exterior of Suzie Shride is covered in similar tags), and serves as a grim and thoughtful reflection on how our (erotic) physicality struggles to escape commodification. Flatness is thus given depth. That's hot!