WE WILL NEVER DECOLONIZE OURSELVES WITHOUT INCLUDING ANTISEMITISM IN THE CONVERSATION

Contributing to an on-going discussion for a necessary non-patronizing critique of documenta fifteen, with propositions for a transformative art institution making. 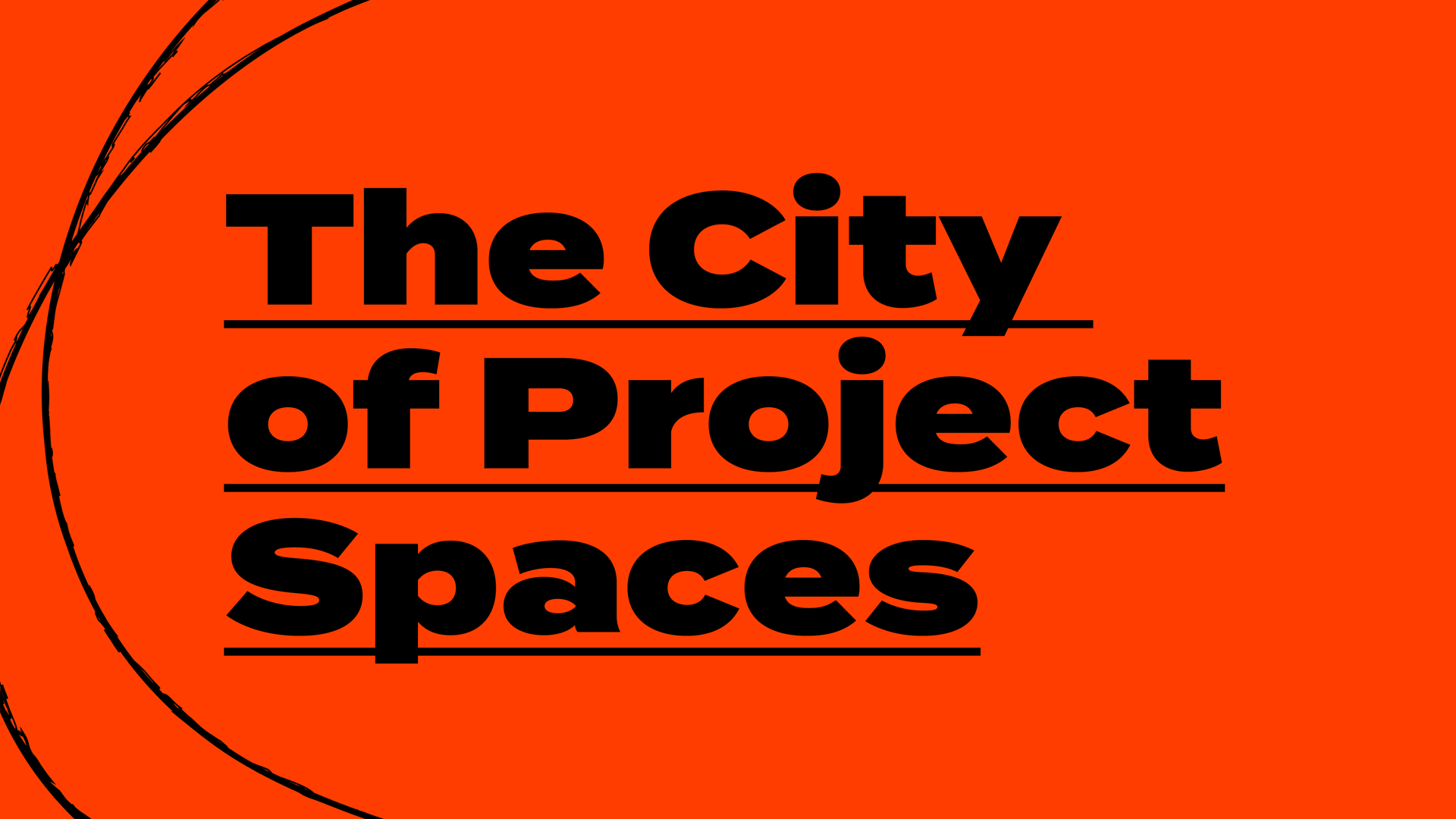 First thing’s first: Arts of the Working Class fully supports the Jewish people harmed by the antisemitic depictions presented on the Indonesian collective Taring Padi’s installation People's Justice (2002). We hope for more openly collaborative encounters with the many participants of an exhibition that achieves ─ besides this tragic mistake ─ an opening to discourses for real social justice in struggles against militarism, occupation and apartheid that otherwise remain invisible or underestimated as irrelevant to the practice and definition of the arts.

Since its inception, documenta fifteen’s makers, participants and supporters have faced a litany of unjustified accusations of antisemitism due to their unequivical support of the Palestinian people and their struggle against apartheid. This defamation campaign has resulted in unsolicited accusations against Palestinian artists, the vandalism of the exhibition’s environment and personal threats. Arts of the Working Class stands in solidarity with the Palestinians who have been harmed in the making of documenta, as well as with the Indonesians who have received the brunt of racism and islamophobia by those who claim to support Jews. However, violence towards Palestinians and the silencing of Muslim voices does not create a safe environment for Jews. We believe in the possibility of standing in full solidarity with Palestinians, Jews and Muslims, whilst denouncing those who want to create a “safe” environment at the expense of others. Still, People’s Justice depicts deeply offensive portrayals.

The artwork’s illustrated prejudice against Jews taints ruangrupa’s long-developed, multifaceted and intricate art event that has facilitated the participation of thousands of people in the chaos of collective transformation; People’s Justice bitterly risks disregarding and invalidating the other works of this exhibition.  However, to assess documenta based on one shameful example is inadequate; it leads to hot headed reactions towards its organizers, as well as a media landscape of patronizing voices.

Can we judge the complex exhibition of documenta fifteen by two particular examples?

No. For decades, documenta has relied on the significant efforts of thousands of people and influenced the trajectory of artistic production. Taring Padi’s People's Justice contains what Jews and many people of the Global North easily identify as a “Judensau” (stemming from the Nazi magazine Der Stürmer) in a highly sensitive context (see Hito Steyerl’s comment on that blindspot at documenta). That People's Justice has been exhibited in previous years does not justify its iconography  -- Antisemitism is harmful in Germany, as it is worldwide. Yet antisemitism does not mean the same thing in Germany, as it does in Israel, Indonesia, or anywhere else. People's Justice is a work produced by many people of diverse backgrounds, including the Taring Padi collective members as well as fellow protesters from its initial conception in 2002. Its collaborative nature  blurs authorship and clear positionality, signifying a particular time and group of people. In the artwork’s portrayal of  an antisemitic grotesque, its own intention of being “a campaign against the militarism and violence experienced during the military dictatorship of Suharto for 32 years in Indonesia, and its legacy as it exists up through the present day” backfires. 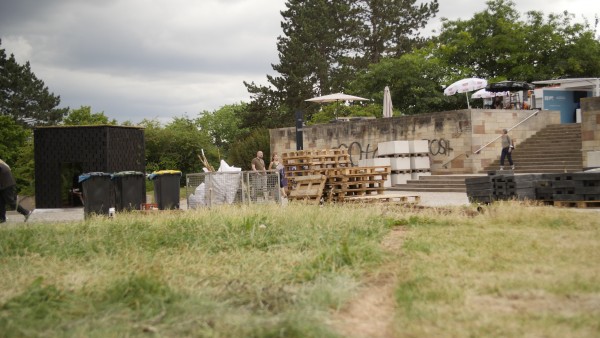 Cast of the scaffolding that carried the artwork, in the background discarded wooden sticks that were used to support the archival material.

The German state, press and users on social media are exercising a form of iconoclasm in failing to scale between state politics and the level of human interaction.

The collective Taring Padi put up People's Justice amongst several hundred cardboard signs in a stressful group effort in only a few days leading up to the exhibition opening. Now, a few single wooden sticks in a trash bin nearby are the only traces of the former display. Censorship and iconoclasm negate the plurality of critical discourse by impositing one mode of representation onto another. This documenta poses fundamental threats to what many believe art is by giving untokenizable collectivities the opportunity to escape the deadlock of exotification through self-representation. The advancement of trust was a great risk from the very beginning, because it came with the danger of not every group having assimilated to and studied the complex historical context of those that they have invited. Knowing what they know now is an opportunity for Taring Padi to include Jewish people in the conversation. That way we all can thoughtfully practice methodologies of plurality.

documenta should remain a space for critically reflecting on the ways in which colonialism, apartheid and dissavowment are intertwined with antisemitism. Arts of the Working Class encourages a fruitful engagement in a conversation in which all parties have a say.

It would be a strong statement to re-discuss and transform People’s Justice with new information. We have a bit less than 100 days to take Ruangrupa’s invitation to nongkrong –collectively hanging out– seriously: to learn from other people’s struggles and to make nurturing spaces also accessible to those alienated by the imperatives of the arts. Let us all visit Kassel and take the time and opportunity to understand this curatorial frame beyond the mistakes that have now been acknowledged.

Banner: Imprint of the scaffolding of Taring Padi's work on the now empty Friedrichsplatz.