The Opening of Gateways

In cosmology, the Lion’s Gate opens annually when the sun has entered the constellation of Leo and the star Sirius, known as the spiritual sun, aligns in Orion’s belt, offering an intensification or a double of the sun’s light energy on the earth enhancing wisdom and divination. This channel is strongest on the 8th of August, numerologically 88- double infinity. It is when transformations are said to happen to your human form. 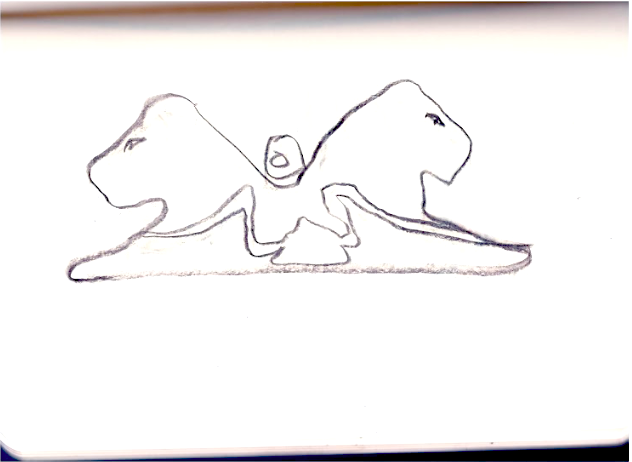 TO PULL AN IMAGE FROM THE SKY

“A few years ago I’ve sown some seeds of Nightshade Belladonna in Palermo Botanical Garden. Few years later I was staying with Stefania and Darrel in Palermo. They’ve introduced me to Luna, the dog. Darrel found her in Palermo Botanical garden and brought back home. She lives there now. Stefania and Darrel left to Rome one day and left me with Luna. This is when I started to think that perhaps those seeds… you know what I mean, Malak, no?”

"In a book I am reading, a character named Zorya—one of the three sisters of Orion—is tasked with watching the night sky to make sure a doomsday creature in the (celestial) form of a winged Lion doesn't escape and wreak havoc in the cosmos. Zorya speaks to a protagonist named Shadow as she reaches her thumb and forefinger up to the night sky, plucks the moon, and hands it over to him in the form of a silver dollar. Shadow looks up and can't see the moon in the sky any longer. In his hand is a cool, shiny dollar with Lady Liberty's face. Some weeks later, Shadow returns the dollar to Zorya and she places it right back into the night sky, moonless seconds before: Lady Liberty's face dissolves into the caverns of its surface."

Later in the novel, Shadow hangs from a tree dying in vigil for Odin. He enters a slumber and meets Anubis (a jackal) and Thoth (an ibis), at the gates of death. Bastet (a cat/lioness), is there too, and she guides him down a road that splinters three ways:

to being dead dead.

But first he has to give up his name.

It was funny that I arrived at this section of the novel on the 8th of August, the eve of the Lion's Gate.

A month ago, I planted a love song in an open-air court of the Salinas Archaeological Museum in Palermo. The song goes by the name of ‘Dalida, Coyote, Alcibiades’. Perhaps in time it will birth some creature too, one that can just walk out with a name: a Luna to pluck out of the sky. Apparently, it’s just about holding an image strong enough in your mind, and just like that you can pull things out of the air." 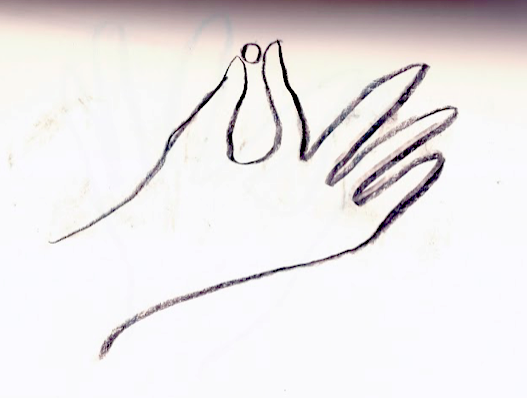 TO COME BACK TO LIFE
(RESURRECTION)

In Ancient Egyptian mythology, the double-headed lion is the symbol of a gateway. It is a depiction of Aker, ‘the moment’ when death resurrects into life. The lion’s two heads face opposing directions with a sun disc between them—they are yesterday and tomorrow, resurrection and regeneration, the deepest door of the underworld, and the door to the beyond. At times these two lions are depicted as double-headed dogs; in other stories there are cats.

In Greek alchemical myth, the secret of alchemy, or the secret of life, is said to have been told by an angel to Isis; with it she could resurrect her husband and brother Osiris from the dead. She told this secret to her son and best friend Horus, because he was her. To understand this secret is to understand words and chemistry, but it is said that nothing works without proper communion with the stars. It is also said that alchemy, the work of the trickster, is the manipulation of love. 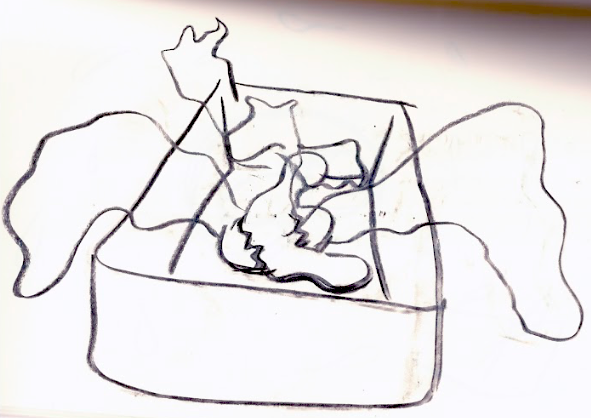 On the evening of the 28th of April 2019, Eastern Easter or Shem El Nessim, I am home alone. It is a public holiday in Cairo and the air is unusually silent. I sit in the dark and listen.

I hear small cracks. I walk to the kitchen, open my spice drawer, and find small animals beginning to crawl. It is the first proper day when the crossing of temperatures pushes things that have been incubating to hatch.

The air is thick with the births of emotions and the smells of animals. Downstairs I hear BOING BOING BOING! from the butcher’s, where a cow awaiting its death is reeking up a storm. The butcher’s son is with him today on holiday and they’re watching Daffy Duck. Isn’t it funny for a cow to be watching endlessly resurrected elastic animal cartoons on the night of its death? 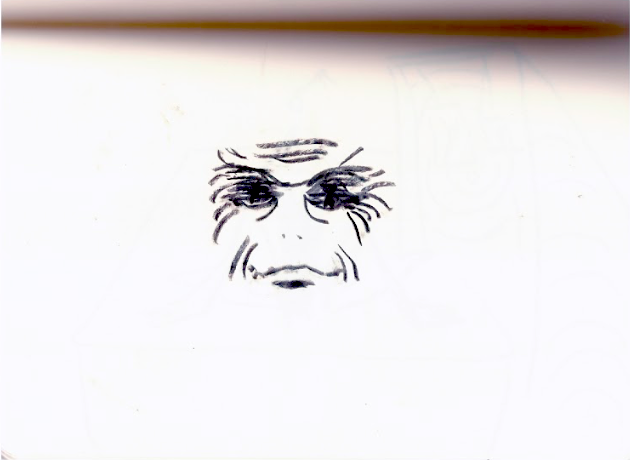 TO FIND YOUR WAY BACK

Some years ago, in January 2017, I dissolved out of one life and entered another. I saw a door close that I had planned to cross and didn’t move fast enough, so it slammed in my face. On the other side was me, the life that I knew to continue, and the man I loved; this side of the door was the unknown. At that time a friend of mine, a medium, read my stars and told me I’d become pregnant in April 2017. In April I didn’t get pregnant; I hadn’t even made love. But I did meet with a man who looked like a genetic union of my father and the man I loved, but already grown. He insisted he was my lover. And he became such. A mirror. Through his face, so similar to my most loved eyes, I began to cross worlds. 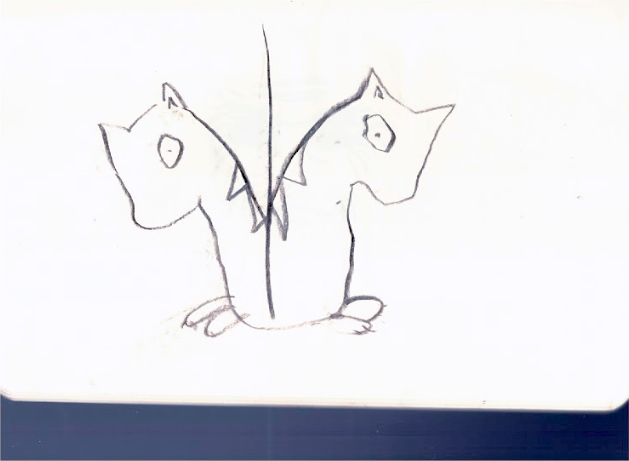 TO BE GREETED AT THE GATEWAY

When the door closed and I was on the wrong side of the gateway, I was met with three cats, Pandora, Orange, and Billy. Caring for cats creates a routine that forces you to become more human at a time when you don’t know who you are outside of a productive narrative. They give you a pattern to make ground and life every day when you have lost your name. (To tend to the wild is to become domesticated). (1) 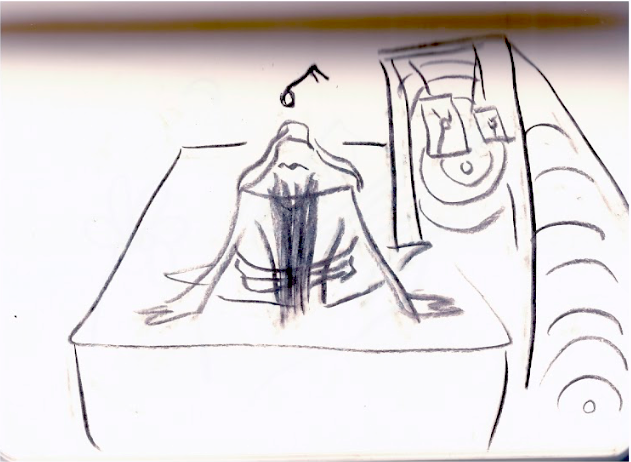 In 2015, I was writing about structures through which to survive the destruction of community and the scattering of knowledge and memory under a military occupation that could endure ten years.
I thought of an ark as a structure (a vessel) to hold and carry a collection of life (knowledge); but more importantly, as a structure (a routine), as a pattern to keep a group together, to carry them through the unknowns to come. This pattern I imagined as a commitment, a language, exercised by the group to the work of making frameworks—a ground to stand on—that could carry and endure beyond them, for others. I looked at the work of On Kawara as such a pattern: the record of the simple things one knows, a record of one’s presence every day, as a practice to maintain through a lifetime. His work is a choreography of his body, as a ritual: it is a biography and self-portrait in the most basic form. It is a commitment to the future, but more, it is a way to transcribe the history of one’s making. (2) 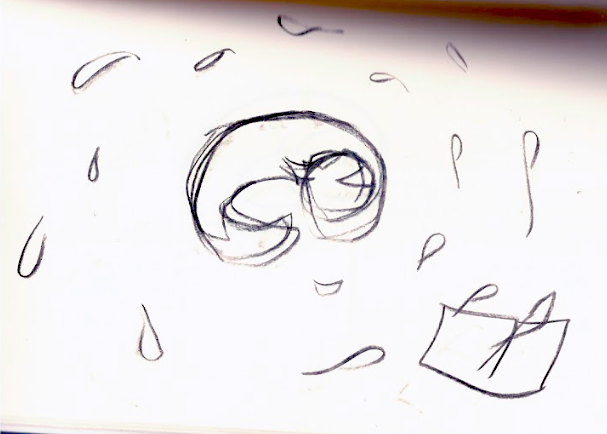 TO FIND A DOOR
(SOLIDARITY)

Last summer, around the 4th of July 2019, the friend who sent the letter about Luna that I shared with you earlier sent me a link to a film and told me to watch it. It was by Rosie Nashashibi: the second chapter of two sci-fi shorts that she’d recently made, this one called Part Two: The moon nearly at the full. The team horse goes astray. Inspired by Ursula La Guin’s The Shobies’ Story, in which a crew must bond and reach a consensus in understanding the universe in order to enable space travel, her film, made simply with her friends who embark on a trip together and pretending it is a space mission, is about family and love.

I watched half the film and then went to meet with friends at a club. That evening, their pretend space mission arrived and took over our bodies behind the decks of a dance floor. I spent a good month later decoding this artwork that she’d made, and how this crossing happened—how I could live out her film in another place and time in a night.
I wrote her and told her what I’d experienced. We believed one could cross that way but also never knew one actually could, but they did.

There is a choreography of gazes between media across time. They become a crossing. But I tell you more about this in another story(3).

When I got stuck on the other side of a door it was right after I finished an art project with the guy who wrote about Luna and sent the link to the film. It was December 2016. We had written a story together about stairs and scrolls and with a group of friends we made a party that lived it out. We had curated a show as an album and through it, with a group, we crossed somewhere special. The director of our mission (outside of the logic of the choreography), broke the solidarity of the group in a moment of spite and fractured a constellation: it became a scar. I left the art world, crossed a gateway and eventually joined a dancefloor.

TO SETTLE A SCORE
(TO STAND AT THE DOOR)

Last week I was asked to offer a score for an art project on the politics of solidarity on the dance floor. It is funded by the director who wreaked havoc in the cosmos. I thought of three pathways: to wisdom, to being whole, or being dead dead. But who gives up their name?

TO INTRODUCE WHAT IS TO COME
(A NEW NAME)

“…she guides him down a road that splinters three ways: to wisdom, to being whole, to being dead dead. But first he has to give up his name.

The week before, Shadow was in a beautiful, idyllic town somewhere in South Dakota. There he discovered that a teenager disappears every winter on the outskirts of the town where the woods hold Native American lore. It was like the book walked into the world of Twin Peaks.

Now in its return season, airing 25 years after its last, Twin Peaks’ Detective Dale is trying to find his way back to himself after a quarter century in the middle world. In parallel, Detective Hawk tries to find the gateway to this middle world by looking for clues in Native American lore.

I, of course, am trying to find my way back too.

Isn’t it funny to arrive at this section on the 8th of August, the eve of the Lion's Gate?

A month ago, I planted a love song in the Salinas Archaeological Museum in Palermo in an open-air court.

Perhaps in time it will birth some creature too, one that can just walk out with a name: a Luna to pluck out of the sky.

Apparently, it’s just about holding an image strong enough in your mind, and just like that you can pull things out of the air.” 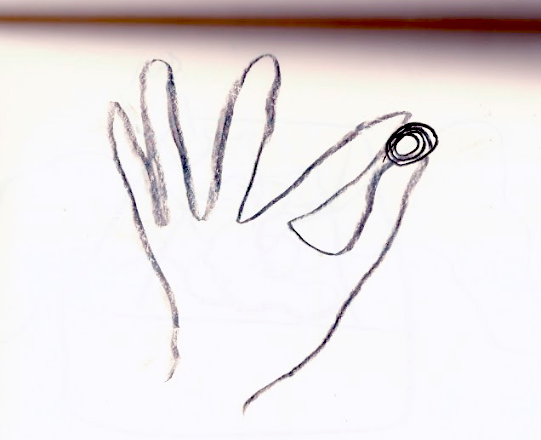 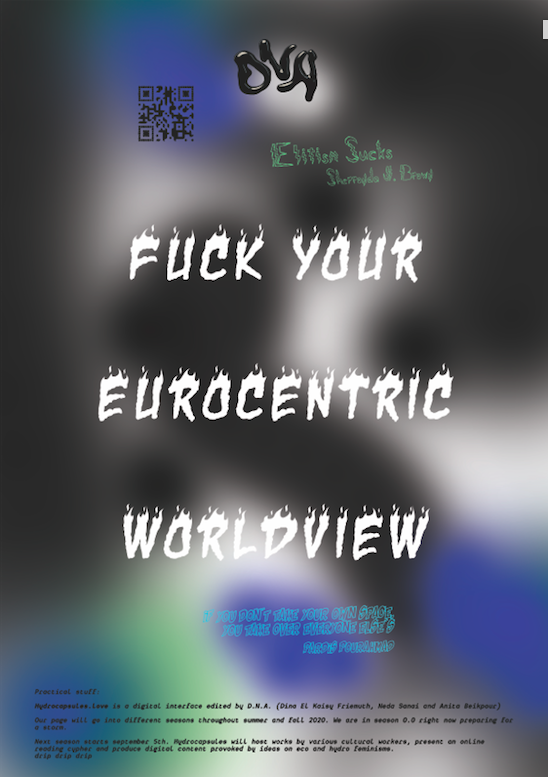