The inherent relationship between Capitalism and Socialism

One of the clearest signs of the death of the Left is how impoverished the idea of Socialism has become. Just a century after the Russian Revolution of 1917 — the most significant attempt to change the world in the history of humanity — Socialism has been reduced to a concept that merely attempts to point to the desire to reform capitalism. 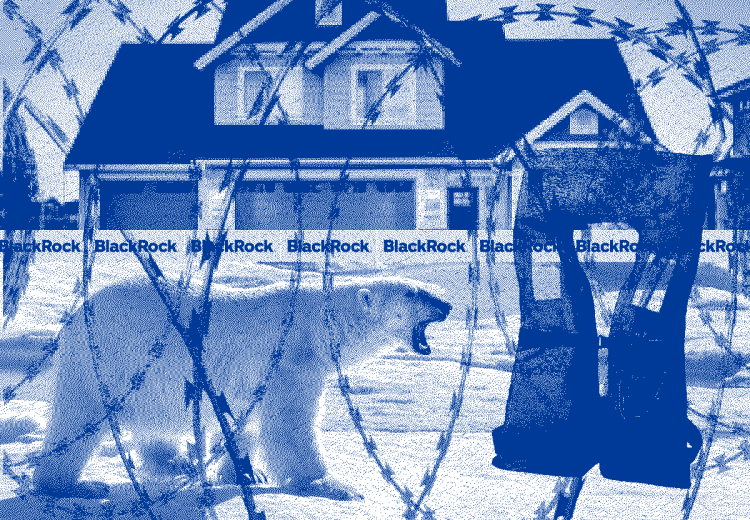 Part of the problem is that socialism is a dirty word associated with the failed Soviet Union and the gulags, and all stripes of authoritarian regimes, while for others it is associated with a Scandinavian model and some sort of guaranteed income or welfare state. This problem is especially pronounced today with electoral candidates such as Bernie Sanders, Jeremy Corbyn, Alexandria Ocasio-Cortez, Cynthia Nixon, and even in Germany Die Linke’s Sahra Wagenknecht. It is ironic that the popularity of “Socialism” today actually means utter abandonment. Not only do these “socialist candidates” reinforce a grossly impoverished concept of Socialism in the public imagination — reducing it to a more humane and progressive capitalism — they are using “socialism” to capture voters truly disenfranchised and discontented with neoliberalism in order to revive establishment, wholeheartedly anti-socialist, parties. Even worse, they might even genuinely believe in the idea of Socialism — but are contributing to the further lowering of the horizon of possibility for socialism by taking the socialism-friendly millennials straight into the establishment parties. This poses a serious problem for any revived socialist politics in the present when as Zizek likes to say “it is easier to imagine the end of the world than the end of capitalism.”

Rosa Luxemburg had an excellent formulation to express the problem of reformist approaches to socialism in her famous 1905 pamphlet Reform or Revolution? One cannot attempt to change the bitter salty water of all the seas into tasty lemonade by progressively pouring bottles of social reformist lemonade into it.

But today we face an even deeper problem than the conflation of capitalist reformism with Socialism — that without the struggle for Socialism, reforms are not possible. In Luxemburg’s time it was possible to speak of reformism, even to critique it, because of the existence of international socialist parties and the class struggle for Socialism. Her entire pamphlet addresses the dialectical relationship between means and the ends (Socialist Revolution) a problem that is at the core of the crisis of Marxism in the period leading up to WWI. In the absence of such a struggle, or such a party whose primary goal was to lead the socialist revolution, completely undermines even the ability for reforms to be achieved. Hence why Luxemburg’s dictum “Socialism or Barbarism” rings more true with every passing day.

But the problem of how the idea of Socialism came to be so impoverished is much deeper and older and has to do with the legacy of the Russian Revolution of 1917. If we want to truly understand what Socialism ought to be, or at least what it once pointed to, we would need to look much further back in history, to the period in which the Left and the struggle for Socialism, for an international Socialist Revolution, was organized by the largest political parties in the world. This means going back to the period from the 1870s to the 1920s and reading straight from the primary actors of this revolutionary period which ends, arguably, somewhere after 1918.

Everything about Socialism you would read written after the 1920s would fall under the influence of the problem posed by the defeat of the attempt to spark a global Socialist Revolution. This is obscured by Stalin’s spinning the defeat into a victory with the slogan “socialism in one country,” which hid the fact that the failures to expand the revolution to the centers of capitalism, such as the German Revolution, spelled the doom of the Soviet Union. This major defeat was masqueraded as a victory, in order to hold on to the gains of the Russian Revolution, such as the proletariat gaining control of the state and the means of production, the decriminalization of homosexuality and granting women the right to vote and to immediate divorce. Even then it was clear that national/state ownership of the means of production was not Socialism either. But Stalinism proceeded undeterred, and didn’t account for the fact that it was the struggle for Socialism that made such reforms even possible. As soon as the distinction between means and the goal was diluted, the Left and Marxism began to disintegrate. This is why for example, Frankfurt School figures like Adorno, Benjamin, and Horkheimer stressed the consequences of the failure of Socialism in philosophical terms, over trying to create a positive image of it.

So, then, what are the means to the goal of socialism? And how are they related? Lenin in particular has gotten a bad rap for being framed as the tyrant who would fight for Socialism by any means necessary, but this is ironic given that Lenin was more clear than anybody — before and during the revolution — that Socialism would be achieved on the basis of capitalism itself. (If you don’t believe me, I recommend his 1917 book on State and Revolution and judging for yourself.)

The biggest theoretical consequence of the failure of the revolution was the erosion of basic Marxist understanding of the dialectical relationship of capitalism to Socialism. As the 1920s and 30s advanced, the Left steadily lost even the memory of what Socialism meant. This problem became particularly acute by the 1960s when the New Left emerged as an anti-capitalist global movement. After the 1970s even the most important upholders of the memory of Marxism and Socialism had died or had abandoned Socialism as a political task that must necessarily be independent of the bourgeois parties.

Gone was the understanding that was common sense for Marxists in the early 20th century, that capitalism is a truly revolutionary force that made socialism necessary, possible and desirable. To begin with, it was the crisis of bourgeois society in the period of the Industrial Revolution, when mass unemployment first emerged as a problem, that made Socialism possible and necessary. This is the essential kernel of all of Marxism: the contradiction expressed in unemployment. This points to the main difference between bourgeois society and capitalism, that socialism was not possible — or necessary — before the Industrial Revolution.

Today, when there is no proletarian movement for Socialism, where there is no real Left striving for freedom, or Marxism to raise the self-contradiction of that struggle to historical consciousness, it is difficult to imagine what class struggle for Socialism would even look like. But, for now, one very open-ended formulation has stood the test of time as the aspiration of a socialist society: “From each according to his ability, to each according to his need.”

"What is Socialism?" appeared in print Issue 3, "Restless Togetherness".