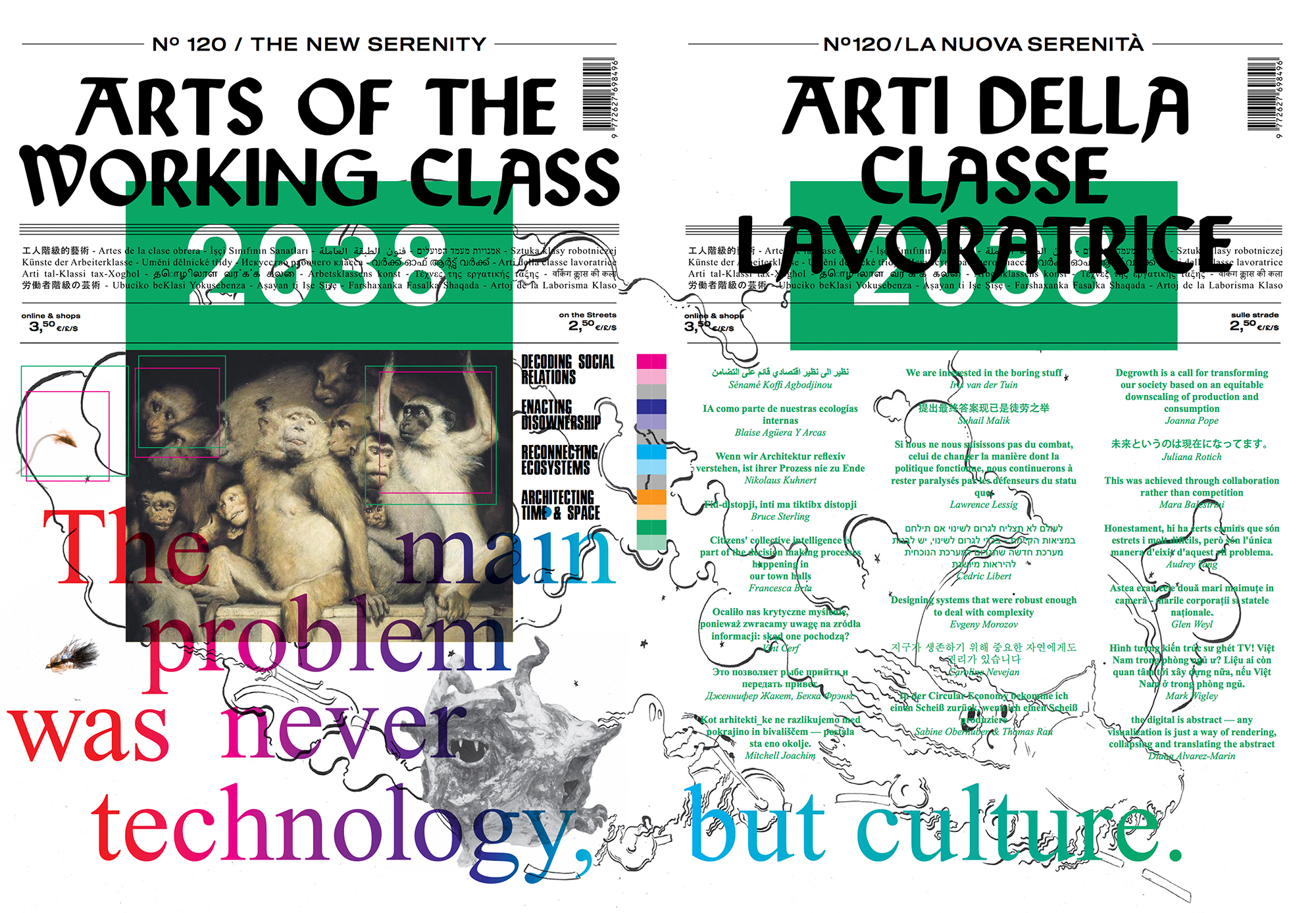 This is how we look as a global community: Arts of the Working Class launches its two-sided cover for the first iteration of 2038, the German pavilion’s curatorial project for the Architecture Biennale in Venice, Italy. The project builds a bridge between today and days to come, by extending the dialogue outside of the institutional context. Staying faithful to its own polyglot nature, AWC seeks to reveal the blindspots of socio-political transformations we currently experience by rehearsing a possible future. 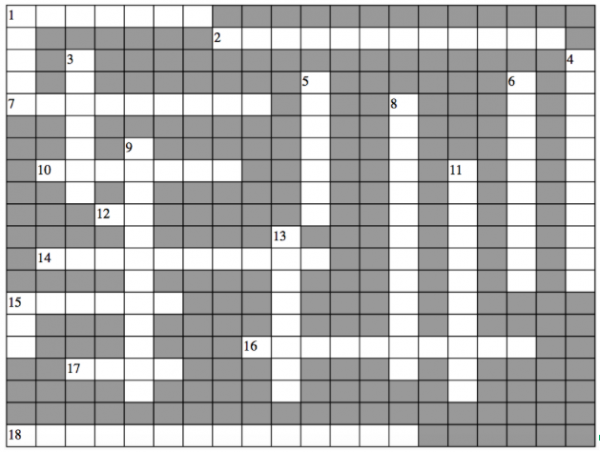 1. Social, political, and economic philosophy, which examines the effect of capitalism on labor, productivity, and economic development and argues for a worker revolution to overturn capitalism in favor of communism.

2. Proposed geological epoch dating from the commencement of significant human impact on Earth's geology and ecosystems, including, but not limited to, anthropogenic climate change.

7. Verb, to plan, organize, or structure as an architect.

10. Margaret Thatcher once said in an interview: There is no such thing as...

12. Any device that perceives its environment and takes actions that maximize its chance of successfully achieving its goals, by mimicking "cognitive" functions that humans associate with the human mind, such as "learning" and "problem solving".

14. Term in business and economics that refers to financial conditions following the financial crisis of 2007-2008, the aftermath of the 2008–2012 global recession, and the COVID-19 pandemic.

15. Imagined community or society that possesses highly desirable or nearly perfect qualities for its citizens.

16. Unity or agreement of feeling or action, especially among individuals with a common interest; mutual support within a group.

17. Facts and statistics collected together for reference or analysis.

18. The defining issue of our time and we are at a defining moment. From shifting weather patterns that threaten food production, to rising sea levels that increase the risk of catastrophic flooding.

1. Refugee camp located on the Greek island of Lesbos that was resurrected to hold 3,000 refugees but sustained occupancies of up to 15,000 in the waves of refugees of the 2020s, fleeing war and violence in the former Middle East.

3. William Gibson coined the term in "The Peripheral", a cascade of global catastrophes that wipes out much of the human race, along with an ingenious take on time travel that allows digital communication including telepresence across alternate timelines.

4. A type of license for computer software and other products that allows the source code, blueprint or design to be used, modified and/or shared under defined terms and conditions.

5. The cultural and natural resources accessible to all members of a society, including natural materials such as air, water, and a habitable earth.

6. A fundamental and relatively sudden change in political power and political organization which occurs when the population revolts against the government, typically due to perceived oppression or political incompetence.

8. Extending or operating across national boundaries.

9. The rights to full legal, social, and economic equality.

11. Transdisciplinary approach for exploring regulatory systems—their structures, constraints, and possibilities. Described by Norbert Wiener in 1948 as "the scientific study of control and communication in the animal and the machine".