A SURFACE DEEPER THAN THE SKIN: IRANIAN WOMEN AMID A FEMINIST REVOLUTION OF THEIR OWN

A rewriting of Iranian history centered on the social status of women can further unchain Iranian people from their current situation and bring about a better articulation of the necessary changes and their speedier realization.

If you haven't already heard the late Mahsa Amini's name, you know almost nothing about Iran and its slow-brewing revolution, thanks to the incredible bravery and power of Iranian women to take things into their own hands and determine the trajectory of change in the country. A lot has been said and written in the last few days about the ideological brutality of the Iranian Islamic Republic in first arresting and later murdering Amini in prison for objecting to observe the legally mandated Islamic dress code for women. However, the attention given around the world to this tragic event can be used instead to reflect on an ongoing conversation I have been having with Mina Khani not just about the status of women under the Islamic Republic or even their ongoing struggle, but also about the necessity of a particular kind of liberating historical revisionism.

Looking back to the events of 1978-79 that are understood as the Iranian Revolution, it is not so hard to see today how the core of this protest, the glue that brought about the unity of all political forces from radical communists to hardcore Islamists, was not a demand for freedom and an anti-colonial and anti-imperialist struggle, but unconscious general misogyny and the fear of an impending open society resulting from five decades of reforms under the Pahlavi Monarchy. 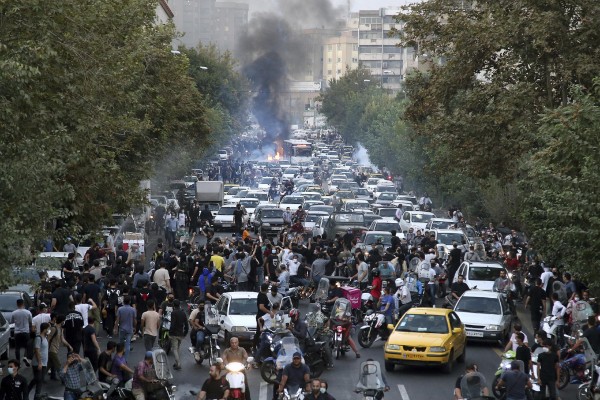 This fear and resentment had set most men, if not all, including the progressive ones, against the transformations of social relations that had taken place during the reign of Pahlavis and were reaching the point of no return as a result of women's freedom.

This way, the 1979 Revolution can be framed as a mass reaction by men in a Muslim society against a system which, despite its problems, oppressions, and crimes in other fields of life, nevertheless had created the conditions for the total transformation of the social status and role of women. Hidden under radical slogans about freedom, the end of the monarchy, anti-imperialism, and toxification by Western culture (Westoxification), the anti-woman nature of the revolution was never stated bluntly during the revolution. Still, the entire revolutionary discourse was a series of dog whistles pointing to the sexism and misogyny that this social upheaval embodied.

Under Shah and his father, Iranian women had gained the freedom to dress as they wished, they had acquired the right to vote, to equal inheritance, to travel abroad without permission from husbands to obtain a passport, etc... Freedom for women was also a harbinger for general personal freedoms, as Iran was a culturally liberal place with bars, cabarets, and discos where personal freedoms were respected if not also encouraged. The media policy of the Shah era was one of openness, as Iranian television, slowly and sometimes at a faster speed, contributed to the production of a different kind of Iranian citizen. 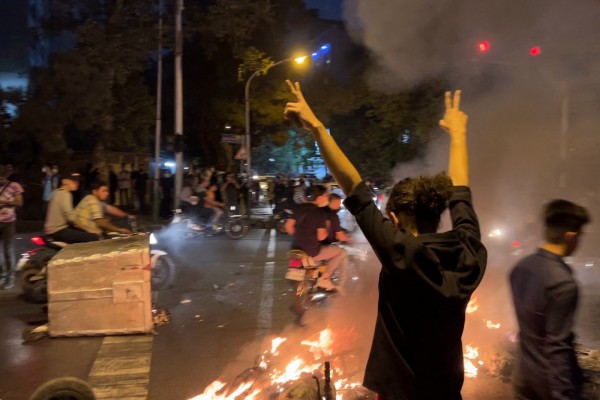 To quote Mina, changes in the law weren't just impacting the legal status of women. They unintentionally transformed the social relations through which men and women related. The historical contingency within the social fields here is the key, as it is foolish to think these giant leaps forward were planned and executed by a right-wing monarch supported by the US Republican politicians like Kissinger and Nickson. At the same time, it is historically lousy to think that the women of Iran would be emancipated without Pahlavi reforms.

As far as Khomeini, the charismatic leader of the 1970 revolution, was concerned, the progressive revolutionaries who quickly signed up for his leadership in 1978-79 knew about his reactionary views on culture in general and women in particular, but they decided to shield him by convincing the public that he was a changed man. The whole plan of transporting him from Iraq to France was a part of softening his image for educated Iranians and the Western media covering the revolution. 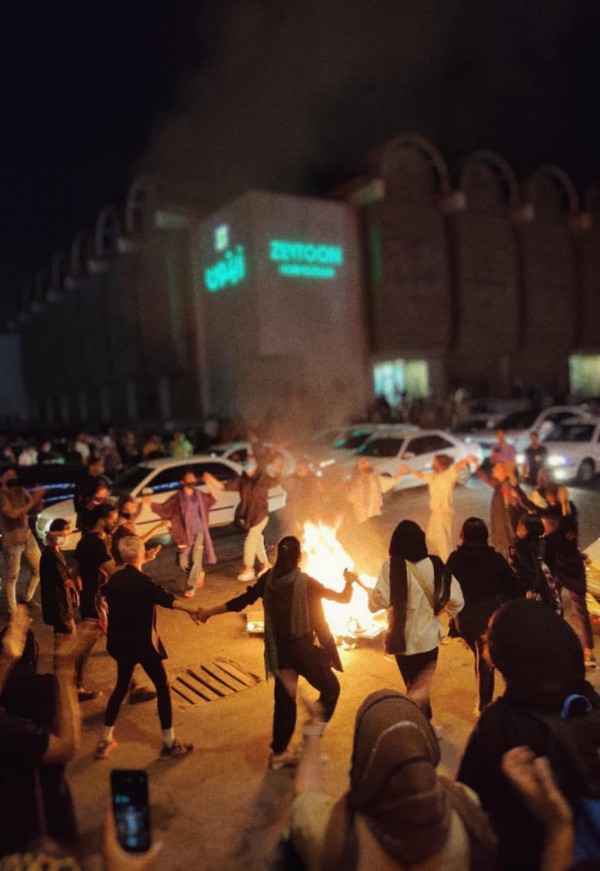 Meanwhile, the consensus amongst the progressives was that Shah's reform had trivialized Iranian women by turning them into consumerist dolls interested in Western-style freedoms. They saw in Khomeini a moderating force that could bring a little modesty and chastity to women by shifting from an international modern culture towards a postmodern emphasis on returning to the nation's nonexisting ‘true’ identity, which was quickly being produced for people by the religious elements in the society. 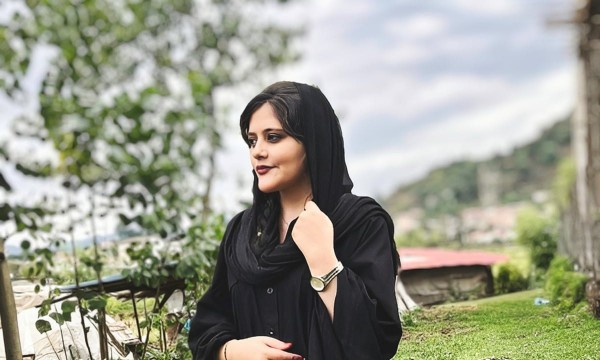 If you read Foucault’s texts on the Iranian Revolution(1), you'd see that underneath, even his admiration for the upheavals was a sinister wish for the defeat of modernity in Iran.

This is why it should not be a surprise as to why men in general just about loved his leadership; he was able to utilize the anti-modern discourse about women and bring men, and even a lot of women to the streets who were momentarily fooled by the narrative of their supposed enslavement by the Western culture. They had no idea that they were acting socially as part of the revolution as a result of the liberation that they’d had but, unfortunately, were taking it for granted.

A perfect example of how the resentment against women during the revolution expressed itself fiercely was how both the left and the right, the communists and Islamists, despised Queen Farah since she personified this emerging strong Iranian woman. The relentless propaganda campaigns by the opposition intellectuals against the celebration of the 2500th anniversary of the Iranian Kingdom in 1971, almost a decade later, and their hatred for the annual Shiraz Art and Culture Festival often focused on the role of Farah in supporting these events. After Farah, the faces of Iranian women's liberation that needed to be tarnished were those of pop singers like Googoosh and Hayedeh. In this regard, it is notable that, for example, the most famous Iranian male singer, Mohammad-Reza Shajarian, a secret Member of the Iranian Communist party of Tudeh, asked the Iranian state media in 1976 to refrain from playing his music as a protest against what he considered banal pop culture (meaning a pop culture saturated with women, regardless of the problems that this emerging world, still dominated by men, created for the women involved). Forty years later, the new generation of Iranians has nothing but admiration for these events and personalities, considering them as some of the best cultural events or moments in Iran's history. 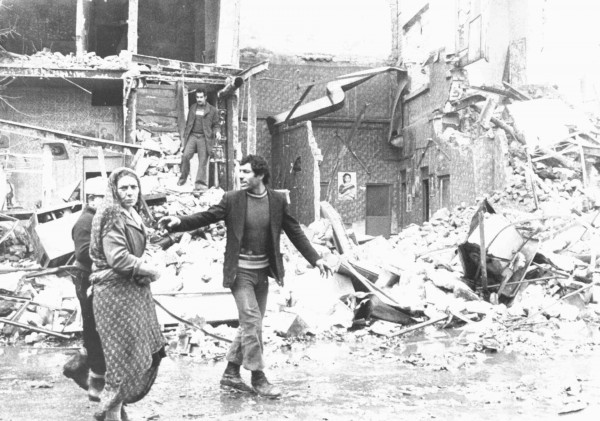 Let's also not forget that the outright misogyny and violence of the Iranian Revolution began about two weeks before its victory. This was when two days before the fateful arrival of Khomeini to Tehran from Paris, his followers set ablaze in Tehran's neighborhood of Shahreno (a new city), housing female and transgender sex workers, killing some and making the rest homeless. They firmly believed that the city had to have been cleansed from”‘social filth” before the arrival of their spiritual leader.

To return to our present day, it is becoming clear that the only goal to which the Iranian revolution was committed and has remained faithful is social control through violence against women. A revolution that was supposed to eliminate monarchy and class differences and bring about real parliamentary governance has remained committed to this only goal; to cover women head-to-toe in black fabric and subject them to constitutional and institutional discrimination in the name of adhering to Islam.

The most significant outcome of the ongoing upheavals in Iran is how the secret of the Islamic Republic's rule and the code for its downfall begins and ends with women's freedom in choosing their outfits. With great pleasure, we are witnessing the newly-formed consensus about putting women and their plight as the most important factor in bringing down the Islamic Republic.

This struggle, one that begins with the freedom to dress independently, is the first step in the right trajectory and the beginning of the real end of the Islamic Republic in Iran.

We seriously should thank Mahsa Amini for resisting her oppressors because if she did not physically and verbally object to the morality police, she would be freed after receiving a fine like all other women arrested with her. Her radical reaction and refusal to obey opened the path for millions of others to follow suit. 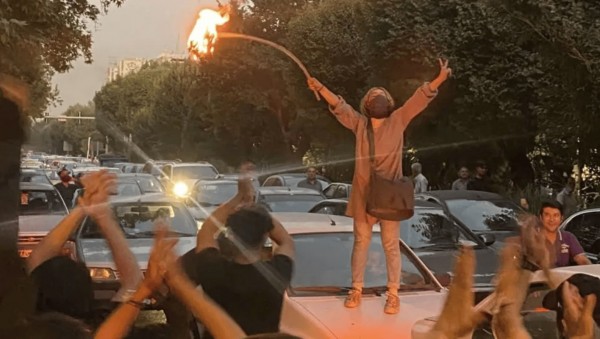