Rethinking gardening not as a colonial practice, but as a form of reciprocity.

There’s this unruly plot of land that I tend to; I do not possess it—am neither its named tenant or owner. Grasses, their golden chaff like wayward wheat, occupy the space between the rough plant beds and hillocks that mark its entrance; at the far end is a dilapidated shed and a sunken bath covered in brittle polystyrene sheets.

Allotments are plots of land numbered in orderly rows, allocated to individuals for the non-commercial growing of crops, the keeping of hens, chickens, and bees. Classed as statutory or temporary sites, someone might tend to one for a lifetime, or just a number of years. If they move on, the land passes over to someone else for a small annual cost of £46.25. I heard that a young man had taken on one of these 125 square meter plots and was struggling to make it work. The local allotment association and the council who “de facto” own the land demand a certain level of upkeep, by which they mean order, and threatened to take it away from him if he did not tend to it.

Plot number 75a is a wilderness amidst several hundred mostly well-established plots of bulging Swiss chard beds and gooseberry bushes, heavy apple trees, and broad beans. Decades of nurture and nimble fingers and perseverance have made them so. Among all this, he and I grow things, badly. When I arrived, 75a was an undulating canvas with no instructions and few rules, so I dug beds where I wanted to, hard and fast, and discovered that to dig a potato trench with a shovel is like making your own grave—the whole thing is a race against time. We tended to seedlings in trays, planted fruit bushes and tomato plants—But the land, pillaged of its nutrients for nearly a century, did not yield to me—or him.

Fruitless does not mean hopeless, though. 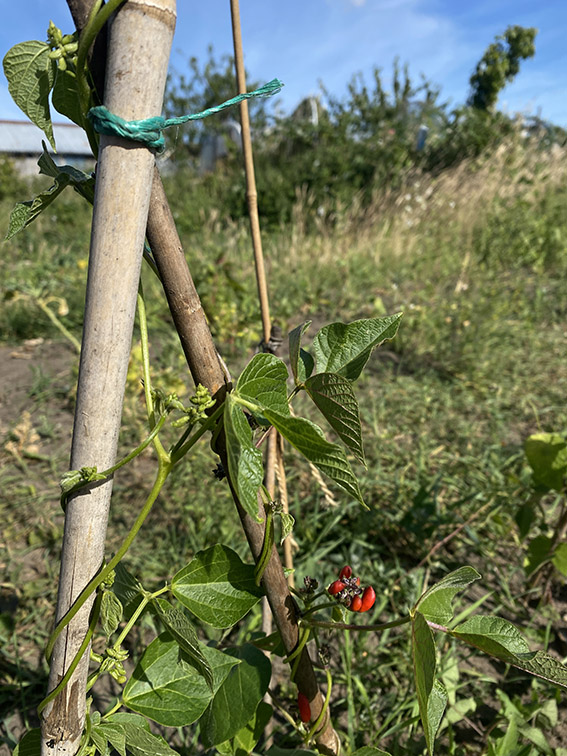 The allotment’s lesson is gardening not as a colonial practice, but as reciprocity, and I am learning. I am learning to tend to something without reward; learning that reciprocity is not the same as remuneration, and that you can’t always get what you want. Futility turned frustration to redundancy, then embarrassment, before reaching a sort of perverse pleasure in the fact that I will never master nature. Had I followed instructions, which I rarely do, and measured the pH balance of the soil and acted accordingly, the land might remunerate and sustain me in some way. But I do not tend to it well enough for it to care for me, and some masochistic instinct enjoys its waywardness and its refusal to yield, like a silent provocation. Because, Feed me, someone is always saying.

Amidst the rusty rain butts and vegetable donations of this entropic state, there are inevitable bureaucracies. But as an itinerant tenant, I am not privy to their particulars and slip through unnoticed. What is it to tend to a thing that we do not possess? A form of care, potentially uncompensated, with no certainty for the future? It shares some qualities with “common land”, which predates urban dwelling. In England, common land was where an entire community grazed their cattle and grew crops. This land was largely eradicated by the Enclosure Act of 1604, save for some acres here and there upon which the first allotments were formed (1). During the onset of industrialization, allotments sought some of the same autonomy and community that common land once provided, albeit far more governed and ordered (2). As kitchen gardens for the workers, allotments were on the periphery of towns and cities, set apart from the home. What does it mean to seek nourishment beyond the confines of domesticity? British allotments discourage fencing and prohibit structures for dwelling. By working against privatization, allotments produce open, safe, and generative spaces beyond the bricks and mortar of the home. As a woman, I enjoy it as a solitary pursuit, within the relative safety of its open plan, held only by the abundance and aspirations of my neighbors’ fruit bushes. It feels boundless, not in the sense that “a woman’s work is never done”, but that there are endless possibilities for becoming. Nurture here extends beyond the familial—beyond even nature. A woman's endeavor to gather and tend to things beyond the home isn’t new. It was women foraging for vegetables, not men hunting, that really sustained the hominids in the Prehistoric era and from which humans evolved (3). But ‘it is hard to tell a really gripping tale of how I wrestled a wild-oat seed from its husk,’ (4) wrote the writer Ursula K. Le Guin.

In the strictest sense, I failed: The tomatoes are still green, the lettuce has rubberised, and brambles creep across the beds choking things, but the blackberry thicket for which I am not responsible is burgeoning, and wildflowers and weeds make shaggy borders, like lace trim, around the beds. The allotment has become a reciprocal for my endeavors and my failures—this is not a heroic story.

What does it mean to nurture land removed from property but also a kind of propriety, by which I mean the things that are good and proper? I let the illicit weeds that are criminalized as trespassers, despite their imperative to maintain soil structure, be—and so continue to fail. 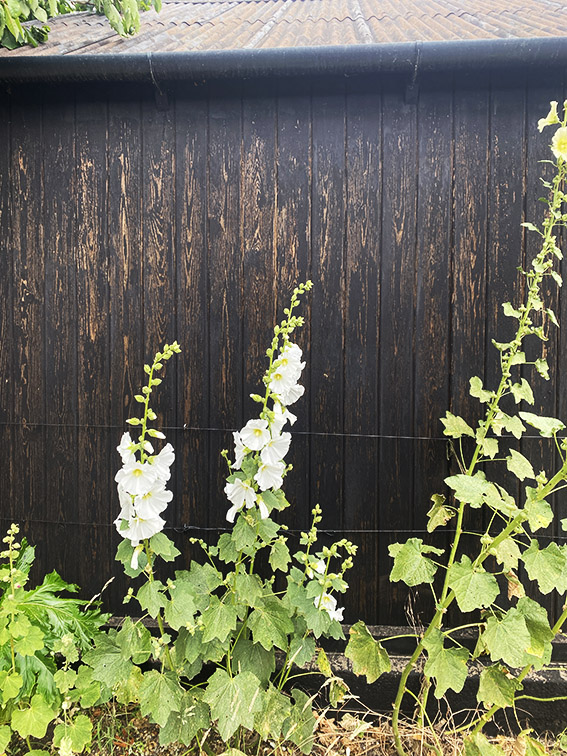 Allotments encapsulate the disarray of human endeavor—for autonomy, for community. Nature seizes upon the disarray and runs its course, growing where it wants to grow—in the vagrancy of brambles and blackberry thickets, the trespass of crab apples and creeping roses that get entangled with the neighboring hedgerow; pigeons that will not be placated and slugs that leave their lucid residue.

I may never own a plot of land like 75a, but tending to it proffers other freedoms—not just the propensity to grow and nurture, but the freedom of dispossession. Allotments are a protestation against ownership—and perhaps, too, against cultivation. With ownership, the only way is in or out—across thresholds, through doors and I just want to sit there for a while, among the commanding bindweed and the rogue, untenable, roots of Jerusalem artichokes on a split of land among many and beyond capitalization with No Name above the door, there is no door.