AN ODE TO WORKERS AND (NON)CITIZENS

Think of the exhibition as a score: the first noise you hear is the pebbles as they turn beneath your feet. The grabble of construction works from the city of Marseille puzzles in the back, aligning with copper-lined fridge cylinders, and the feathers hanging from the ceiling. Then the loose plastic sandals, the artist’s sneakers, the garments across a scene of suspension. Suddenly seagulls sing flying outside. How artist Wilfried Almendra (*1972 Cholet, France) plays all these elements together, in the function of disinhibiting the space, as a static one, is to address that lifelessness is still part of a world alive. His compositions, landscapes as a form of bringing life together, aspire to everything that seems to determine the room: an aestheticization of class.

Martyr, vis-as-vis to the monumental window of Fraeme, one of the many extraordinary places for contemporary art at Friche La Belle de Mai, is Almendra’s departing point for a staccato throughout the exhibition. It is composed by layers of screen printed tin surfaces, hiding, showing, playing with light. Just like the voice of poets and farmers like Georges Sousa that he invites to infiltrate with comments on the financial crisis in France as part of the exhibition –you might get surprised by Ginette, a broadcasting interlude by Almendra, if you tune in the local radio riding across the coasts of la Provence– oxidation, light, grease, grass, flowers will shortly, detached from each other, let you recognized the context of migration, of displacement, of struggle that is physically imperceptible. Silence dashes on the surfaces that as a whole are Adelaïde: a project space, a home, a memory, a transformation, a celebration of a hard worked harvest . 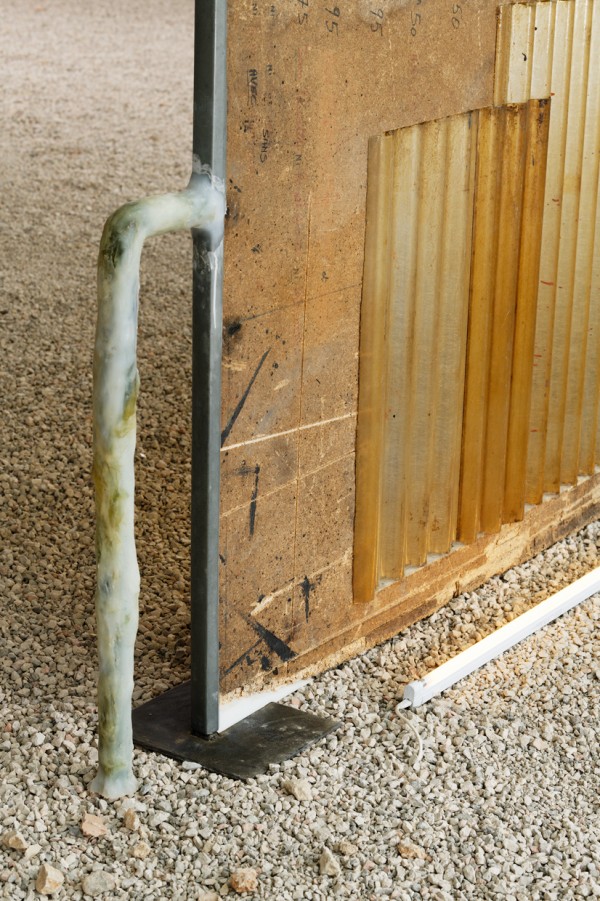 What can hold in a name? Adelaïde is for Almendra a reminiscence of his family, a Portuguese Quinta in Casario, and an influential space for discourses and exhibitions in Marseille. It’s a good year for Adelaïde and all the agricultural and intellectual circles that are in her. With Adelaïde, a body of work is introduced not only in one but two major institutions. Curator Sofia Lemos takes care of all the discursive echoes and interstitial work without and outside Fraeme, by invitation of Veronique. The Frac Provence-Alpes-Côte d’Azur opened on June 24, parallel to the shows at La Friche, a series of projects curated by Muriel Enjalran called Faire société (Making Society). It spotlights the artistic, social and political engagement of four artists that occupy one specific exhibition space. Making Society is divided conceptually in explorations, perspectives, experimentation and performativities. Each segment slices the building of the Frac in a vertical constellation. Ângela Ferreira’s Rádio Voz da Liberdade in the ground floor, is a beautiful retrospective to indexical alignments between walls and objects, sound and archival materials. Ferreira, a Portuguese-South African artist born in Mozambique, conducts her research to decolonize the history of the places she is personally involved, letting her memory be a vessel to reinterpret the play of political influences and interactions between Europe and Africa, in their uneven oppressive relation.

Her installations mix photos, films and sculptures seem to come from another period, understanding timing and space differently to Almendra. Following explorations, Almendra occupies the second floor with perspectives on space, using various materials originating in exchange and recycling, inspiringly referencing the French history of art by exploding it into social and political argumentations coming from precarity, which is everything what the historification of aesthetics and practices of arts ignores. Almendra encompasses sculpture and installation in the room without taking the lightness of void away. Which connects his playful usage of light diametrically in sync with the darkness in the rooms occupied by Apichatpong Weerasethakul one etage above. Weerasethakul’s Fireworks (Archives) ephemeral elements like light and ghostly apparitions, as the screen intermittently shows a hallucinatory collage of re-enacted memories and cultural vignettes from Thailand, the heart of his cinematographic idioms. 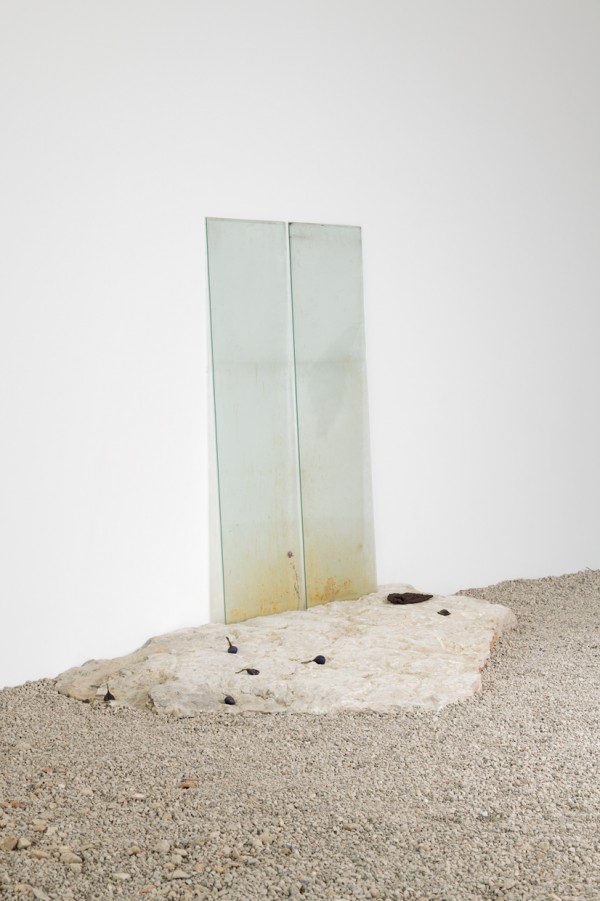 Alluding to architectural reflections and site specific works of conceptual artists, such as Gordon Matta Clark’s interventions of buildings or Valie Export’s makeup of registers, Ramiro Guerreiro’s Le Geste de Phyllis in the last floor of the Frac critically revisits the relation between the body, space, and society in archival material and his own perception of itself. Subtly ironic, and notoriously ricochetting those to be held accountable for the housing crisis in former cosmopolitan now highly precarious cities like New York, Barcelona or Paris, this works –which have been produced for Marseille– aim to study other ways of inhabiting and thinking about cities and their constitutive elements. A study that interweaves with the intentions of Ferreira, Weerasethakul and Almendra to sublimate the world’s independence struggles, not only through the arts, but engaging politically in social and political cotidianities.

The nature of Almendra's works remains fluid and forever changing under the influence of different political, religious, environmental and cultural rhythms. The artworks and the constellations they create can be seen as spirits of the social fabrications, detached from simplistic modern oppositions. Somewhat unexpectedly, Adelaide rhymes with the current artistic tendency of non-presentative mechanism of embodiment and bodylessness, as well as recurrent motives in the narratives of labor as existential interaction.