A conversation with Cem A. AKA @freeze_magazine about the liminal contemporary and the meaninglessness of artspeak

I first discovered @freeze_magazine, the satirical art world meme account run by Cem A. (he/they) a few years ago. As an overworked, underpaid, and increasingly cynical cultural worker myself, I appreciated that @freeze_magazine offered tongue-in-cheek references to the many absurdities of our chosen field: not just dunking on privileged artists and dysfunctional gallerists, but also sharing #relatablecontent like the indignity of rejection letters and nerdy in-jokes about art museums. Across @freeze_magazine’s content, Cem A. is critical of the race, class, and historic inequalities that maintain the working conditions within the Western art world, by using that far-too-rare art material – humor – to make a solid point.

This fall, Cem A. bridged two natural habitats of contemporary art, the White Cube and the social media scroll, inside a three-room gallery exhibition at Versus Art Project in Istanbul, Turkey called Pleased To Announce (15 September, 2022 - 23 October, 2022). The show combined a DIY wallpaper of black and white press releases from galleries around the world, using their laughably vague language that is, as Cem A. puts it, “so generic that it could apply to any exhibition.” I was t̶h̶r̶i̶l̶l̶e̶d̶ d̶e̶l̶i̶g̶h̶t̶e̶d̶ pleased to connect with Cem A. for a fascinating conversation about the show and their Instagram presence, as well as the art world’s less-glamorous characteristics, the possibility for radical change within it, and the timeless quest to bridge (adjusts turtleneck) theory and praxis. Our conversation b̶r̶o̶a̶c̶h̶e̶d̶ t̶h̶e̶ e̶s̶o̶t̶e̶r̶i̶c̶ r̶e̶l̶a̶t̶i̶v̶i̶s̶m̶ o̶f̶ h̶a̶p̶t̶i̶c̶ d̶i̶s̶c̶o̶u̶r̶s̶e̶, a̶ d̶i̶a̶l̶e̶c̶t̶i̶c̶a̶l̶ c̶i̶r̶c̶u̶m̶s̶c̶r̶i̶p̶t̶i̶o̶n̶ o̶f̶ t̶i̶m̶e̶ i̶m̶m̶e̶m̶o̶r̶i̶a̶l̶ was awesome.


Eliza Levinson: How did you get the idea for Pleased To Announce?

Cem A.: The exhibition actually came out of an idea I had for a meme, which was, could you write an exhibition text so generic, that it could apply to any exhibition? I wanted to work with people who write these sorts of texts in real life and reenact what they normally do, but in a more humorous context.

Why do you think that the commercial art world is so reliant on ambiguous language?

You could question the informative properties of exhibition texts in any context, but artspeak might apply best to commercial exhibitions. When it comes to the incorporation of artspeak in commercial exhibitions, there are a couple of propelling factors. One is that we are used to indirect language in art settings. Somehow, directness is not chic enough in art shows. Another factor is the way in which the artist’s ideas are communicated and miscommunicated to their gallery, curator, and writer that represent them. Having said that, I think artspeak is now becoming normalized. It's not unthinkable to see it in a nonprofit space; there is a sort of perceived elegance that comes with artspeak that is really counterproductive. 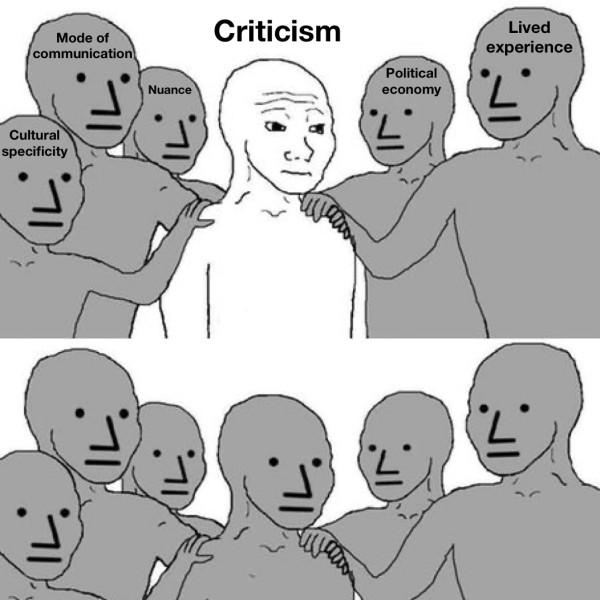 What role does @freeze_magazine take in your larger practice as an artist?

My artistic name, Cem A. and @freeze_magazine are separate, but communicating, identities. For me, @freeze_magazine is a point of departure. Making memes is how I started my practice. When I studied art history, making memes as a form of procrastination coincided with all of the difficulties I had as a non-EU citizen trying to get a job in London, or, really, anywhere else.

Is it possible to change the nature of the art institution through memes alone?

There is only so much that an individual meme can achieve – you can aim at individuals or institutions to criticize them within one meme, but then that comes with other risks: misunderstandings, retaliation, or negative personal feedback. Memes are also really limited because they’re constrained by the timeframe of when they’re most popular. But a continuous interaction with memes as a form of criticism is hopefully contributing to something positive. There's a theory called the Overton Window, which I think really speaks to this potential. If you're exposing the contradictions and absurdity in the art world over a long period of time, then I think it's possible to shift those opinions more broadly. I like the idea that poking at those things can change the conversation.

Does that mean that you see meme-making as an artistic process?

What's interesting about memes is that they are, by definition, supposed to imitate other things. I think that the power of a meme comes from how much it fits in with a larger body of work within the same trend or aesthetics. Obviously, those trends change all the time. But I think the only thing similar to Instagram memes in the sense of creating value by replicating others' work, rather than creating “original work” – is TikTok; it’s not a platform which aims to be unique, but rather, sees value in replicating other users. This, of course, raises a bigger question: how, then, should people be credited, recognized, or positioned?

Speaking of which, I had the impression that with Pleased to Announce, you worked to combine your wide outreach on social media with the physical elements of a traditional gallery show. If we agree that art institutions are exclusive spaces, is Instagram successfully more democratic?

I cannot say Instagram is necessarily the most democratic platform. But it has a different distribution system than the institutionalized art world. Instagram still operates with an algorithm that determines who can see what and in what order. Visibility has a big influence on what people think. I cannot deny the undemocratic aspect of an algorithm. But the main difference between institutions and social media is that Instagram is built on popularity, rather than gatekeeping. Institutional settings are based on the decisions made by individuals, groups, and trends. 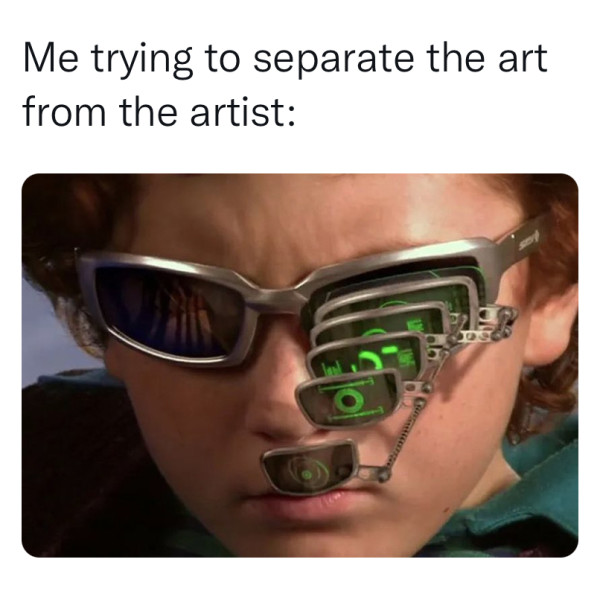 Courtesy of Cem A. aka @freeze_magazine

I understand @freeze_magazine and Pleased to Announce as criticizing the elitism, hypocrisy, and exclusivity of the art world, but am I missing something? Is there something else you wish people knew about your approach?

For me, the big question is: how can I stay true to my ideas while still supporting myself financially and keep doing what I want to do? Up until this point, I was looking at the art world from a distance; I had the experience of being excluded from it. But now, even though my work is becoming increasingly recognized, it does not come with an equal amount of financial security.

I saw that you were recently suggesting making a calendar out of your memes. Is it hard to align your economic reality with your artistic ethos?

I thought very seriously about the calendar, and decided not to do it. I realized that making a calendar of my memes wasn't fitting to my ethos of how they should be situated; it was too direct. I think there is nothing wrong with making physical extensions of memes in a way that would allow me to be financially compensated for my work, but I think there are fine barriers around commercializing it. Respecting memes as memes means not trying to take advantage of them, but still creating side venues where they can serve as inspiration.

Memes exist on the internet. They have their own lives. They are in an ecosystem. I wouldn’t directly take memes and turn them into merchandise, but rather, situate them in a commercial setting. Questions of exhibiting memes are very fresh, and most people have an easy-fix solution to them – making memes into a painting, a poster, or a physical object. I try to do things in a way that keeps the digital meme as the primary object, thus situating other mediums as a dilution of it.

Do you think Western art institutions rely on a kind of exclusivity in order to maintain their place in our culture?

Yeah. I'm not trying to promote my exhibition again, but really –

I think that accessibility can be as simple as writing an exhibition text that is directly talking about the exhibition. There are psychological barriers in the White Cube which foster isolation from “real life.” But being straightforward in the selection process of artists or how they’re contextualized can unearth many structural biases. Intentional communicative obstacles rely on the assumption that art, Western art in particular, is the highest representative form of civilization. This assumption alone scares so many people away from even questioning it.

This interview has been edited for brevity and clarity.

Cem A. will participate at The Future of Critique congress in Akademie der Künste on the 18th of November.