ESSAY: THE CIRCULATION OF VIOLENCE

How do we relate to images of suffering?

The moment we begin the long process of education, we understand that images play an integral part in the way we consume knowledge. Students learn to take historical images as fact. However, for a lot of elementary school students, history is a subject where erasures abound. As a person of African descent, navigating history lessons can become confusing and contradictory to what we know to be true about Transatlantic slave trade. During the first elementary school conversation about slavery, there's always an odd moment of understanding when everyone in the room notices a certain image or the caption attached it and the concept of slavery begins to form. Take this image from a fourth grade textbook used in Virginia for decades. 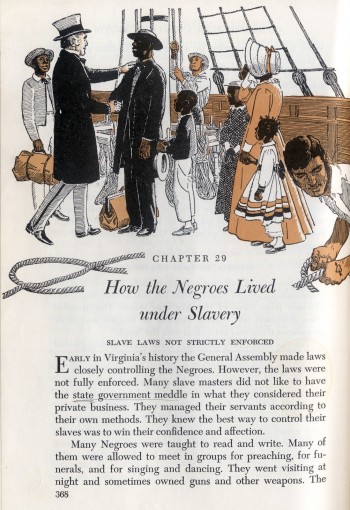 As seen here, the reality of slavery and its atrocities are often glazed over by writers with an unrealistic affinity for the white supremacists in question. These botched, watered down retellings were made to soften the blow of how we think about what enslaved people had to endure and are in stark contrast to the distressing and grim reality depicted in actual photos of African Americans during the slave trade. 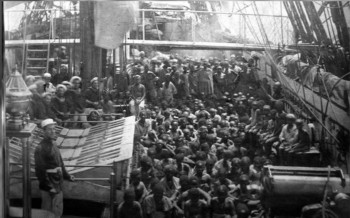 The Realities of the Slave Ship

Such incomplete education sets a lot of black youth on the path of exploration. Unfortunately, black culture is teeming with images that serve as reminders of what really happened on the plantations, but the visuality of anti-black terror continues to this day.

Emmett Till was a child who was murdered for a crime he did not commit, his body beaten and ridiculed as a form of public spectacle. In spite of violence and hatred, Till's mother Mamie Till decided on an open casket funeral. In 1955, the photograph of his mangled body served as a reminder of who was human and who was not, who deserved dignity, who did not. This circulation of these images, while immensely painful, was an important part of the mourning process and even more importantly gave non-black communities a glimpse into the reality of daily terror present in black communities across much of the southern USA. For the first time, the idea of white terror being met with justice was real. The burden was supposedly no longer that of convincing an audience, but the production of concrete visual evidence. 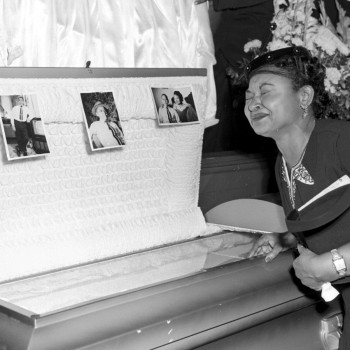 Mamie Till next to the Open Casket

Since the beginning of image making, those who control the narrative possess some control over what they use said image to communicate. For example, the video of Rodney King being criminally assaulted by four white LAPD officers in 1992 acted as visual evidence of what so many Americans, both black and white, knew to be true: The police are brutal, ruthless, and do not have your safety in mind if you are black.

Despite the attack on King being painful, it held with it the possibility for justice against his badged assailants. In some ways, like the image of Emmett Till, the video of Rodney King helped to open the eyes of non-black communities to how communities of color are treated and viewed by the police. However, historical precedent dictated the outcome of the Rodney King trial—his assailants were all set free—proving that the video was not sufficient evidence of the inhumanity of the treatment that befell the 25 year old on the highway that night. Simultaneously, this video gave police in other precincts precedent for what they could perpetuate so long as the officer can claim that they “feared for their life” at the moment of their attack. In some ways, viewing the post-verdict video of Rodney King’s beating is to view a state sanctioned assault committed singularly on the basis of race. The video becomes a painful reminder that evidence can sometimes be overruled despite what it reveals about inequality. The mediated lens through which we view footage of the violent responses to minor offenses of black men control how people view the interaction (Michael Brown, Tamir Rice, George Floyd and most recently Rayshard Brooks). 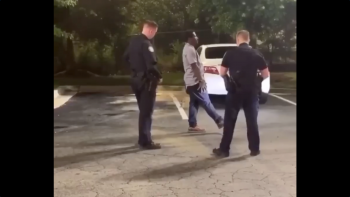 This control can often sway public opinion by making elements of the ‘media in question?’ (no one even if presumed guilty deserves a death sentence) available to self proclaimed experts who try to justify the police's use of violence. These videos often circulate in an effort to give un-initiated audiences a taste of what they may not know from firsthand experience. However, at some point these videos reach a critical mass of views and become nothing more than a news clip explaining another commonplace injustice. Black people see themselves and their friends and family members laid flat on the concrete time after time, year after year.

For these reasons the sentiment behind an ally sharing images like these can and should be viewed with skepticism, especially if this is their first instance of speaking out. That is because black people realize that if left uncontrolled, these images can signify a number of things to the people who stumble across them. One of the biggest and most incorrect messages communicated in the absence of control or refutation is that sharing an image of a black person’s last moments is part of the solution. Sharing media of a person dying, or the video of his corpse is not part of the solution. If you are doing this mindlessly you are not part of the solution.

Complex moving images can communicate many different ideas but can be counterproductive when circulated out of obligation to trend or virtue signalling, and not a commitment to justice.

Complex moving images can communicate many different ideas but can be counterproductive when circulated out of obligation to trend or virtue signalling, and not a commitment to justice. Commitment to black life involves using critical thinking to circulate images that have agency.

I am often directed back to artists like Arthur Jafa, who produces for a black audience with a deep understanding of the complexity required to reanimate these images and give them some semblance of their original agency. I think of his pivotal video work Love Is The Message, The Message is Death. Multiple images of black life are juxtaposed with the state sanctioned violence that characterized the civil rights movement and its modern counterparts. 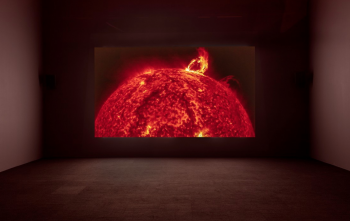 The images placed within this context help explain a centuries long struggle between the oppressor and the oppressed. While grim, they offer black viewers a specific hope for the future and a love for the generations before who put their bodies on the line to give us the liberties we enjoy today.

When (re)posting images of black suffering as an ally, ask yourself: Who is the audience? What is being communicated to them? Is what you intend to communicate adding anything to the conversation? If the answer isn't apparent, examine your motives and seek out a black opinion, form some outlet, or preferably, a person you trust and listen to their input.