Laurie Rojas examines the death of the Left

The dust has not quite settled after the earthquake caused by the 2016 Brexit vote, Bernie Sanders’ presidential campaign and the election of Trump. As the crisis of neoliberalism ripples through the globe, “socialism” or at least “democratic socialism”, is in vogue again, albeit in an uneven and ambiguous way, since what it really means is “progressive liberalism”. Meanwhile new far-right parties have entered the scene and are subject to much fear-mongering and disorientation that serve mostly to re-constitute the establishment political parties such as the Tories and the Labour Party in Britain. 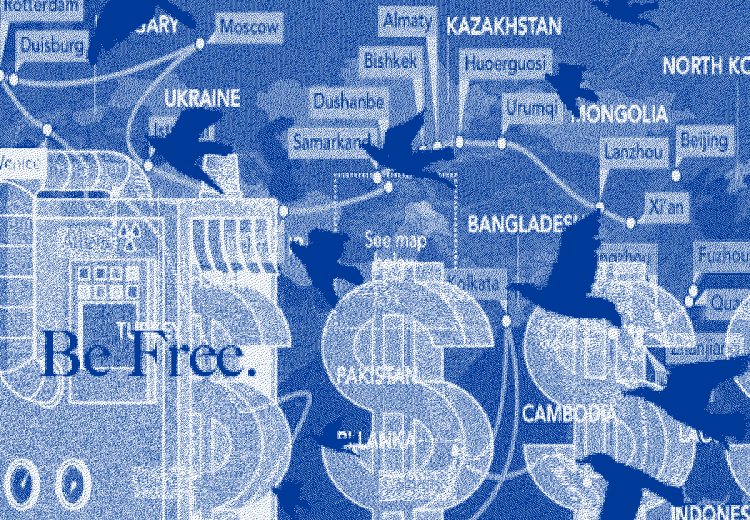 2018 is a peculiar year in which to consider the relevance of Marxism — it provides an opportunity that seems to already — midway through the year — not really have been taken up by the purported Marxists in academia, political parties or activist movements.

Coincidentally, 2018 marks the 200th anniversary of Karl Marx’s birth, alongside several other significant dates in the history of Marxism: to begin 2018 marks the 170th anniversary of the publishing of the Communist Manifesto, which was published weeks before the outbreak of the 1848 proletarian revolutions in Europe, a period of the first global crisis of capital that gave rise to the first modern republics, the nation-state or “state-capitalism”, alongside the formation of the world’s first modern socialist movements. This is the period, which lasted up to the 1870s, that demonstrated the need and possibility of getting beyond capitalism, and is precisely when Marxism was born.

This year also marks the 100th anniversary of the failure of the 1918 German Revolution at the tail end of the crisis of political-revolutionary Marxism between 1914-1919, of which we have not yet recovered. This period shows Marxism as a historical force in the early 20th century that was fatally bound up with the failure of the project for Socialism, that is the historical project of freedom that begins well before Marx in the Bourgeois Revolutions of the 17th and 18th centuries.

Further, this year marks the 50th anniversary of 1968, the major turning point in the New Left of the 60s, which took place in a period of global economic boom but whose politics were responding to the political crisis of official communism in 1956, the collapse of the US’s New Deal Coalition, the crisis of the civil rights movement, and the anti-war movement.

And last but not least, this year marks the 10-year-anniversary of the 2008 economic crisis. It was the fire alarm marking the beginning of the end of political neoliberalism that began in 1973 during the full-blown crisis of Fordist-Keynesianism in the aftermath of the New Left explosion of 1968, which led to the election of Thatcher and Reagan by the end of the 70s. This is significant because it points to the failure of the New Left and how we understand neoliberalism. Although the 2008 economic crisis was somewhat suppressed with the Obama presidency, where the election of the first black US president appeared to be historical progress, the crisis still gave rise to movements such as #Occupy and #BlackLivesMatter, and it also gave rise to more recent social discontents that lead to the rise of the AFD in Germany, the Brexit referendum, the election of Trump, and its parallel forms in Corbynism and Sanderism (themselves throwbacks of the New Left). In short, the decade between 2008-2018 period marked the crisis of neoliberalism first as an economic crisis and then as a crisis of its politics.

So where does this leave Marxism? All of these anniversaries would provide book-length opportunities to investigate the relevance of Marxism today. But taken all together they point at the absence of Marxism today; that what we have is only a very obscure historical memory of it. Marxism was a mode of politics sui generis — meaning unique, not like anything else. Marxism was and is not definable as "philosophy," "science" or "politics," but it did raise the question how these relate to each other in the historical epoch of capital. Marxism provides the fundamental critique of the modern world we still live in that emerged in Marx’s time with the Industrial Revolution.

These anniversaries provide entry points into the history we must contend with if we are to pose the question of whether Marxism is still relevant. These dates point to the accumulated crisis of capitalism and of the Left that any purported Marxist would have to take into account today, if — and only if — what we want is to overcome capitalism and not merely reform it. Marxism recognizes that each of these crises do not do away with the previous form of capitalism but only reconstitutes it. However, the Left has long tailed behind these crises to the point of becoming irrelevant. If the Left is dead as a political-ideological force, Marxism’s whole raison d'etre is up for grabs.

It's important to stress that Marxism is a unique political form of thought that was born out of the crisis of 1848 which still haunts us 170 years later. After the failure of the 1848 revolutions to deliver a “social republic”, Marx and Engels engaged the critical-dialectical conception of capitalism, recognizing it as a form of emancipation that (re)constitutes a specific form of domination over society: the imperative to produce “surplus value” and thus capitalize on labor in forms mediated and measured in labor-time. Capital became a form of wealth measurable as an investment of social labor, a form of preservation and stake of value on the future, but one in which “dead” labor dominates the living. For Marx, capitalism itself sets the stage for and provokes emancipatory social potential that it also constrains. As a social form, capital points beyond itself. Abolition of capitalism entails the abolition of value, the abolition of proletarian labor and the form of commodity.

But there was another problem. As Marx famously wrote of 1848, the bourgeoisie were no longer able to rule and the proletariat not yet ready. The state had to intervene to manage the self-contradiction of bourgeois society, that is, capitalism. Louis Bonaparte filled this vacuum of power by appealing for support to the discontents of all classes in society and expanding state institutions of welfare and police as tools for controlling contradictions in society. So Bonapartism led the discontents of the masses to politically reconstitute capital through the state. This political problem still lives on today: Obama, Clinton(s), Sanders, Corbyn, Merkle, Putin, Erdogan and Trump are all Bonapartist figures.

In short, a Marxian approach seeks to grasp the history of the specifically modern society of capital, the different historical phases of capital as characterized by Marx’s and other Marxists’ accounts, beginning in the mid-19th century. But as I noted above, political Marxism entered into a major crisis at the outbreak of WWI, and its character was transformed in the course of history and political Marxism became liquidated well before the collapse of the Soviet Union. The question of the relevance of Marxism must be answered by reading the work of Marx himself and his leading followers, Lenin, Luxemburg, Trotsky, but also Lukacs, Benjamin and Adorno. And all these figures would agree: to ask if Marxism is still relevant is the equivalent of asking, is freedom still relevant?

But today Marxism seems to be everywhere as well as seems to be dismissed as obsolete. Marxism has been cast aside but not absorbed theoretically, meaning it has not been overcome in actuality, but more actively self-consciously abandoned. Today “Marxism” (often anti-Marxism) is either “analytical tool” or “economic deterministic theory” and wholeheartedly disconnected from politics — to the question of how to change reality. What Marxism offers beyond mere liberal democratic recognition of politics as a means to an end, is the recognition of the relation of the means (how) to the ends (goals), such that how one seeks to change reality is bound to understanding reality of the world/present (what is) and what one wishes the world/the future to be (the ought).

The jury still is out on whether Marxism still matters. Marxism will only truly matter again if the task of socialism — world proletarian revolution to overcome capitalism — is itself renewed. Since we are arguably at the crisis of neoliberalism, this brings all the politics of anti-neoliberalism that claimed to be Marxist to a close. This is an opportunity.

"Does Marxism even Matter?" was published in print issue 2, "May the Bridges we Burn Light the Way".