IF FYRE ISLAND HAD BEEN AN ARTIST RESIDENCY

A conversation on the colonial logic driving desires of interconnectedness in METASITU's TDCU-1ZZ work.

TDCU-1ZZ is a portrait of a failed expedition and artistic residency in Tristan da Cunha, one of the World’s most remote human inhabited places, by the collective METASITU. Linking the abortion of the expedition to the past and recent history of the South Atlantic British Overseas Territory, the film highlights the connectivity of the island in the age of the Internet despite the geographical challenges that its remoteness poses, while documenting the increased isolation of a group of artists, removed from reality, on a boat to nowhere.

Abhijan Toto: Staying with the idea of the mockumentary as a form, I was wondering about how you used it to negotiate, and indeed subvert, the colonial urge to “go out and find new (already inhabited) worlds” in the desire to travel to the island?

METASITU: The entire premise of the residency was extremely colonial, to be there, to “discover” something grandiose. However, it is important to note that the urge to go out and find new worlds is not exclusively a colonial one (if by colonial you mean European modern exploration): from Muslim seafarers to aboriginal canoers to desert and tundra wanderers, the human urge to find and migrate to “new” worlds is a global practice. However, what this residency did reveal is a true colonial practice of never attaining paradise or the Windows desktop of white sandy beaches. The film is built around three main storylines that collide at different points of the journey—life on Tristan da Cunha based on our research and archival footage, our video diary documenting the residency as it was happening, and the premise for the project that revolves around the concept of Ecumenopolis—the idea that whole world is one continuous urban fabric. Weaving together these three storylines allowed us to address these larger issues rooted in colonial thinking, and reflect on them accordingly. Our first-hand experience of failing to reach a distant destination was also crucial for this reflection. 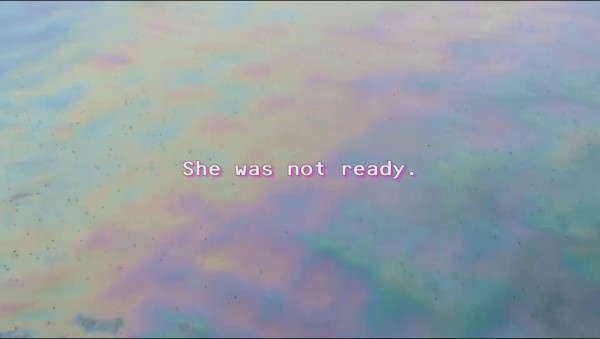 AT: Early in the film, and in your writing around the project as a whole, you mention your engagement with Konstantinos Dioxiadis’ idea of ecumenopolis,where systems, flows and capital produce between themselves a meta-system, in which ultimately all points may be connected to each other. As someone whose practice concerns itself with what we call the “non-civilizational” and the resistance towards imperial, national incorporation, this framework presents itself as a deeply troubling one. Can you reflect on this notion, looking back on it now?

M: Our initial intention of going to Tristan da Cunha was precisely to critically observe the overlap between Doxiadis’ ecumenopolis, the remains of the (British) Empire, and the emergence of new forms of power, particularly tech companies—what had initially triggered our attention about Tristan was how they asked to change their postcode to a more “UK-sounding one” so that they could fully participate in online shopping—despite their island only being served by a boat nine times a year.

The history of Tristan is one deeply tied to the idea of Empires from multiple perspectives: from the first inhabitants—Scottish navy officials who were sent there to prevent a possible escape of Napoleon from neighboring Saint Helena—to the forced exile in the 1960s, when the inhabitants were sent to the UK as the volcano erupted, and were placed under extra scrutiny because of their genetic propensity to asthma - which eventually lead to the development of targeted medicine.

Doxiadis coined his concept of Ecumenopolis in 1962, long before the Internet arrived, but around the time when the first image of the Earth as a whole was taken from space by the Apollo team. The way we understand and interpret Doxiadis’s premise of Ecumenopolis is that these systems of capital, infrastructure, waste, and communications are finite, even when we talk about global scale, rather than meta-systems. They produce a certain kind of built typology that we are interested in analyzing and understanding in order to think about this global phenomena through the lens of care. That allows us to approach the subject in a more planetary way. When the first image of the Earth, Earthrise, was released, it allowed us to see the world as something that has physical boundaries (the atmosphere), as something fragile in the infinity of space, as a home for us all. Our only home—for now. 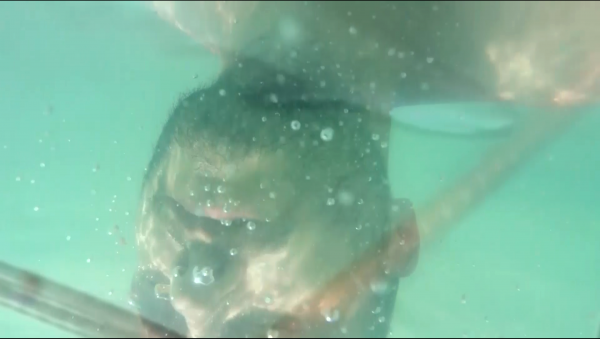 AT: In a similar vein, what strikes me about the film is that it is in itself a narration of logistics and infrastructure, told through their collapses, and in often ironic contrast to the dream of endless connectivity of global package deliveries. Indeed, the tension between shipping and being shipped plays a prominent role in the film. It also points to how one is continuously inhabiting, and becoming inhabited, by multiple infrastructures in which one's role is being continuously shifted—as an artist, a tourist, a shipped body, a stranded body. What logistical imaginations, then, does the impossibility of reaching Tristan da Cuhna point us to?

M: Logistics is a frontier in itself. We perceive the infrastructure of capitalism as something invincible, however, the failed expedition to Tristan da Cunha shows very well the fragility of these infrastructures, the different glitches that exist within the system, and the openings for new opportunities and alternative interpretations. By going to Tristan we wanted to show how by occupying logistical systems one can easily challenge the flow of capitalism, and thus the idea of Ecumenopolis, of interconnectedness, of the grid. When the flows stop, the system starts crumbling.

In a way we felt squatters in that grid that we wanted to analyze; and our presence in the system was in itself an act of resistance, as we challenged certain flows. During the revolution in Egypt in 2011 the submarine internet cable owned by Orange Telecom that connected Egypt (and, at the time, also other parts of North Africa) to Europe with fiber optic internet, was purposely cut, allegedly to interrupt the logistical infrastructure that could enable the protests that eventually toppled the regime. There are reports dating back to 1987 of sharks biting submarine telephone cables, attracted to them by the volt sensors they have in their mouths to find prey, confusing the cables for food, and creating disruptions in the system. Capitalism only exists in movement, like atomic particles, and trying to stop it completely might be impossible, but its flows can be disrupted.

**
METASITU was a collectivity founded in 2014 by Liva Dudareva and Eduardo Cassina that explored the way we relate to territory across time and disciplines, for a queerer tomorrow. Their practice is centered around non-hierarchical symbiotic pedagogies. Their work has largely focused on shrinking cities in Eastern Ukraine; mainly through their ongoing project 'The Degrowth Institute', where they explored ways of incorporating notions of degrowth to urban masterplanning.

The Interview was originally commissioned by Vdrome on the occasion of the presentation of METASITU's film “TDCU 1ZZ”, April 2022. You can read the full version on vdrome.org and artsoftheworkingclass.org