IF SEGREGATION IS OUR PITFALL, INTEGRATION IS THE FORM OF REPAIR

A conversation with Imani Jacqueline Brown.

The disintegration of communities and lands across the Mississippi River is presented within the 12th Berlin Biennale in Imani Jacqueline Brown’s What remains at the ends of the earth?. Through her activist practice, Brown collects different research materials and a variety of media formats such as field recordings, satellite imagery, and mapping and turns them into constitutive elements of her practice as an artist. In her work, Brown reflects upon the transformation of cultural societal values, and how the oil and gas industries came to occupy Louisiana so successfully, radically violating its ecosystem. 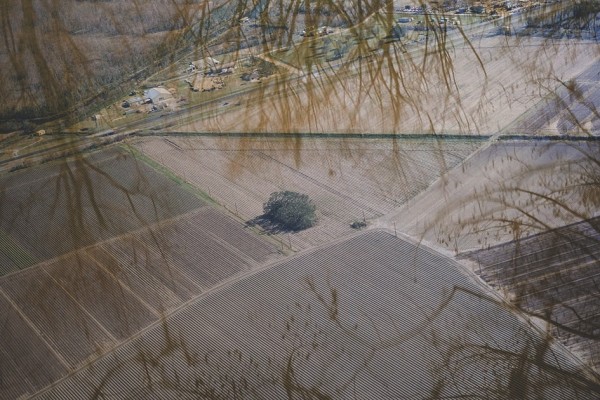 The aftermath of Hurricane Katrina that ravaged Louisiana in 2005 exposed ruins of coastal cities and wetlands as much as it revealed the entanglement of colonialism, slavery, and fossil fuel? production in the United States. You expose in your work how the infrastructures of oil and gas corporations carve out the Mississippi River Delta and occupy the footprints of former plantations. How much can our understanding of extractivism change when we trace it back to the long-standing histories of oppression?

For the past four years, I have been mapping the geological traces of pipelines and wells in this place. These canals follow the exact same lines drawn in the 18th century segregationists’ maps that made the first attempt to divide indigenous land into private property. When we say that the oil and gas industries are heirs to the logics of Southern colonialism and slavery, we can say that very literally. When I experimented with animating the traces of the canals and wells, their clustered geometries started to resemble constellations! It made me think of the ways past human societies would look to the stars in order to find meaning and understand their place on Earth within the broad spans of human or geologic time. But the constellations of pipelines and wells in Louisiana teach us myths about modernity, democracy, and freedom. To go back to your question, Hurricane Katrina has definitely been a catalyst for my work on corporate extractivism and ecological breakdown in Louisiana. I learned the role of the fossil fuel industries in eroding the Louisiana wetlands as well as the buffer zone that could protect residents from hurricanes. Here, we orient ourselves in space based on where we are in relation to the river. But at the same time, the river is inaccessible, polluted, and considered a danger to society. People who reside alongside the petrochemical plants on the river banks speak of inherent ecological sensibility. They noticed that something was wrong not just when family and neighbors got sick with cancer, but when the pecan trees were producing hollow nuts, birds were not heard, and food could not be grown. Such acute ecological sensibility could be retained if people are open to it, but it is also a defense mechanism against the immense threat of petrochemical plants. 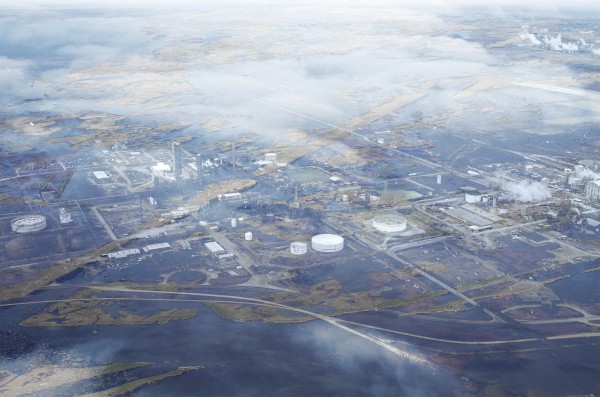 What are the lessons that we learn from more-than-human ecologies about the forces of racial extraction and displacement that bring us to the end of the Earth?

When I speak about the ends of the Earth, I mean it quite literally: the River Delta is the last part of land into the Gulf of Mexico and it is falling into the sea due to the excessive amount of oil and gas pipes. But this is not the first time that there have been ends of the Earth: indigenous people across the world have experienced their own versions as colonialism came and ended their world as they knew it. My work seeks to recognize the gravity of the moment, as well as to ask what might remain and what comes next; what we carry on through this continuum of extractivism. Moments of reckoning force us to reflect on the extractive values that brought us to such ends. I think the system of extractivism draws its ability to perpetuate itself from segregation. In this case, the segregation of Black bodies and the segregation of humanity from a wider ecological body. Segregation is a force that enables colonialism to exterminate populations, separate human beings from their lands, and isolate ecologies from and within themselves. 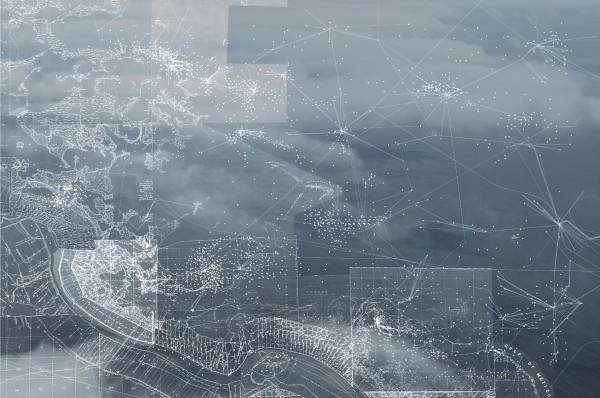 Ecological resistance opens up the possibility to imagine and shape a viable and just future of coexistence within our damaged ecologies. Activism plays a major role in countering the extractivist violence against bodies and environments of the mostly Black communities living in Louisiana's petrochemical corridor. Your work demands the repair of ecological disasters and accountability for the dispossession caused by a corporate-colonial logic of extractive industries.  How can ecological resistance contribute to reparations for damaged landscapes, stolen lands, and racialized bodies?

When I talk about ecological resistance, I always think of the definition of ecological integrity. I consider integration as the fundamental condition of existence. The idea of integration is fundamentally connected to the notions of care and kinship, to an understanding that all species are interconnected. When we begin to choose who can and cannot exist, we start creating ruptures between our interconnected species. If segregation is our pitfall, integration is the form of repair. Legal and economic reparations, however useful, stir up the irresolvable problem of defining damages in monetary value. But we could consider reparations that go beyond financial payment, the recognition of the harm done and the promise that the harm would cease. To do that, we have to completely transform the way society relates to the Earth, in the hopes that corporations would go bankrupt and be unable to continue extractive violence. 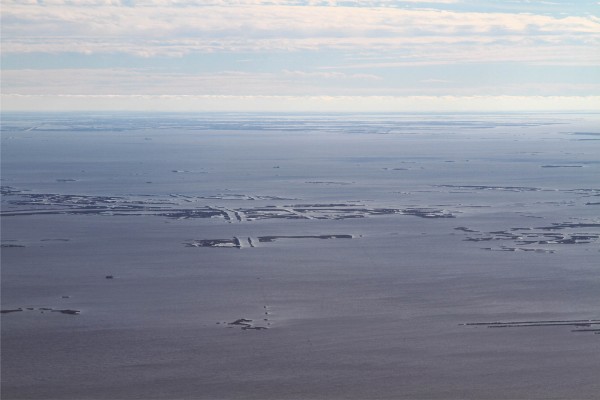 So what are the practices of resistance and repair that can be propagated on a human scale?

Just as ecology unfolds across multiple scales, reparation is a process ensuring that one can become whole again while prefiguring forms of existence in the future. While massive engineering schemes are planned by the state to fix the wounds in the wetlands, individuals are already practicing repair at a very humble scale by planting marsh grass by hand. Regardless of how materially effective this practice is, it encourages a different ritual of care for the land and responsibility for it. The notion of ecological integrity also requires us to think of reciprocity, as Louisiana is one of the biggest producers of oil and gas in the United States. The question of what we owe to others is fundamental, and solidarity is a good place to start repairing our damaged relationships.

The questions have been formulated by Caterina Selva.