"All that would have been possible did she live that night."

At the time of her death, Khadija Saye was on her way to success. Her series of wet-plate collodion tintypes, Dwelling: in this space we breathe, was exhibited in the Diaspora Pavilion at the 2017 Venice Biennale. (1) The 24-year-old photographer’s work caught the eye of key gallerists and Khadija was within arm’s reach of a major career breakthrough.

Born in London to Gambian migrants, Khadija and her mother lived together in Grenfell Tower, a social housing block built in the early seventies. The tower was in Ladbroke Grove, an area that had been ranked in the top 10 percent of the most deprived areas in England, sandwiched between the wealthy boroughs of Kensington and Chelsea.

After attending a local school, Khadija moved on to the exclusive Rugby School after securing a scholarship.

Recounting the experience in a 2017 BBC interview, she noted that it “was an extreme contrast to my area in Ladbroke Grove… I felt very much on the outside because everyone sort of grew up in this life of opulence and opportunities and the skies [were] the limit [for them].” (2) 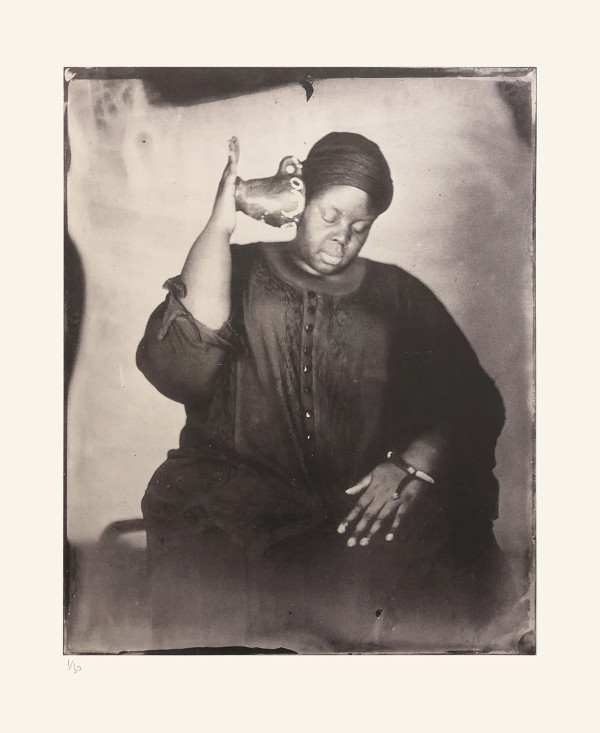 Khadija would go on to graduate with a BA in Photography from UCA Farnham. In 2014, her graduate project, Crowned (2013) was selected for the ING Discerning Eye exhibition at the Mall Galleries in London. (4) The portraits are a dedication to the beauty and creativity of afro-hairstyles.

A tweet posted by Khadija mentions how she created Crowned “with £0, just some black velvet” and with the help of some “beautiful friends & family.” (5) Through Crowned, Khadija came to be mentored by acclaimed visual artist Nicola Green.

As Khadija sought to build her artistic career after university, she took on care work and cycled much of her income into her artistic career. (6) During that time, she created Home. Coming., a compelling visual ode to The Gambia. (7) Upon being selected for the Venice Biennale, Khadija spent nine months preparing Dwelling: in this space we breathe; a work of stunning defiance and sensitivity that centers tools of spiritual grounding from Khadija’s Gambian heritage. In the lead-up to the Biennale, Khadija was wrongfully arrested in London. (8) Despite her name being cleared, the Metropolitan Police kept her phone. Khadija’s experiences were described by her mentor Green as “enacting her own faith not just to make this work but [also to] survive.” (9)

Upon Khadija's return from the Venice Biennale, a meeting was arranged between her and Andrew Nairne, the director of Cambridge University's modern and contemporary art gallery Kettle’s Yard. Having seen Khadija’s work at the Biennale, Nairne had expressed interest in visiting her studio. What he didn’t know was that Khadija worked out of her flat on the 20th floor of the Grenfell Tower. Two days before they were supposed to meet, Grenfell Tower would be ablaze. 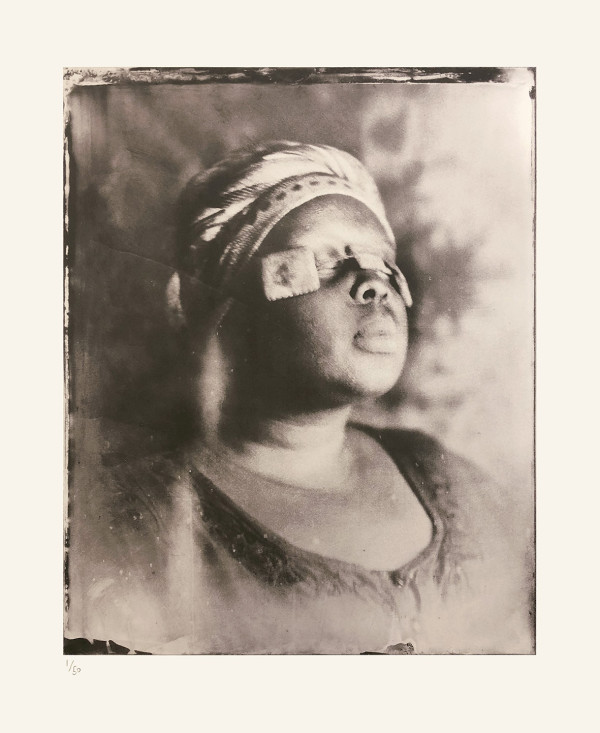 Between 2014 and 2016, Grenfell Tower had been fitted with combustible aluminium composite panels, a cheap, flammable cladding that, according to the UK’s biggest building control organization, did not meet building regulations. (10) When faulty electrical wiring in a fridge sparked a fire on the fourth floor, the cladding flamed up, and within half an hour, the entire tower was consumed. It would take firefighters nearly sixty hours to bring the blaze under control. Without a phone to call for help, Khadija turned to Facebook to send frantic messages from where she, and her mother, were trapped.

Khadija Saye and her mother were two of the 72 deaths announced. (11)

Grenfell Tower quickly became the symbol of structural inequality in the UK, a devastating example of the systemic neglect faced by residents in low-income social housing.

When viewed in the aftermath of Grenfell Tower, Khadija Saye's works are shadowed by the spectral reminder of the fragility of life on the margins; a reminder that individual opportunities and success cannot, and do not, protect one from the injustices of structural inequalities.

Though much of Khadija’s works were also lost in the fire, we are left with some key collections created in her short, vivid life: Dwelling: in this space we breathe, Home. Coming., and Crowned. Through them, she speaks to us from beyond the grave with bold sensitivity and hope, for here she is healed; here, she breathes. Here, Khadija continues to show us how she survived.