RESIDENCY PROGRAM AS EMERGENCY RELIEF : MAKE YOURSELF AT HOME

Weaving layers of text, poetry and visuals, prepared by the participants of the Temporary Art Platform. They ask, what is a home in times of displacement?

The residency is a pretext to plan a coup in Beirut

Seven artists arrive to a Brazilian jungle to spend five weeks at an arts residency, conceived as a relief response after the August 4 explosion of Beirut. The artists mostly did not know each other, and if they did, it was that cautious, timid, knowledge of acquaintanceship. It wasn’t until the third week of the residency, two weeks before the return to the site of the disaster, that “relief”—as it has been practiced and offered, sometimes tweaked, other times resisted but now paling in prosaicism—emerged as a predicament.

The waterfall, in its three iterations, the port, the closer accessible beach, the further fancy beach, the hikes in and out of the jungle, the walks towards and around the empty beaches, the island hopping, and the catered meals, with vegan options slowly but steadily making their way into the buffet, all of these seem to have failed to coalesce into the precarious category of relief with the promise of ripening into a feeling of relief.

Hell no! The fire in their souls was too raging for all the cachoeiras and the beaches and the tiring walks to put out. These were merely chiseling away their background in an attempt to make the subjects appear in relief.

Relief: a sculptural technique where what is sculpted remains attached to but raised from the surface it was sculpted from. The sculpted objects are delineated, extracted from their stale, mute background, to rise in relief above it. Yet they remain inseparable from their background plane, they are molded from that plane; it is where they come from. What is not chiseled from the background constitutes and remains in them.

What if relief, they thought, can be arrived it at via a different route?

Instead of chiseling away the background, chiseling into it; cutting through the field rather than rising from it. This is the counter-relief technique. Rather than clearing the ground for the subject to seemingly emerge floating in relief while in fact it is submerged in grief, the chiseling here occurs in the background itself, and in the subject itself, so that the subject remains of that background but as its meticulous erosion.

Revenge! Revenge shall be the chisel for their counter-relief efforts in order to attain relief. But that won’t be fathomable until the background plane is strategically eroded, its constituents decimated. Aoun, Berri, Nasrallah, Hariri, Jumblat, Jaajaa, and Bassil, to begin with, hold that background together. Friends, we must conspire to kill them!

NEVER HAVE I EVER WISHED TO BE AN ARTIST.

All of the artists present took a sip from

their drinks; few gulped it bottoms up. 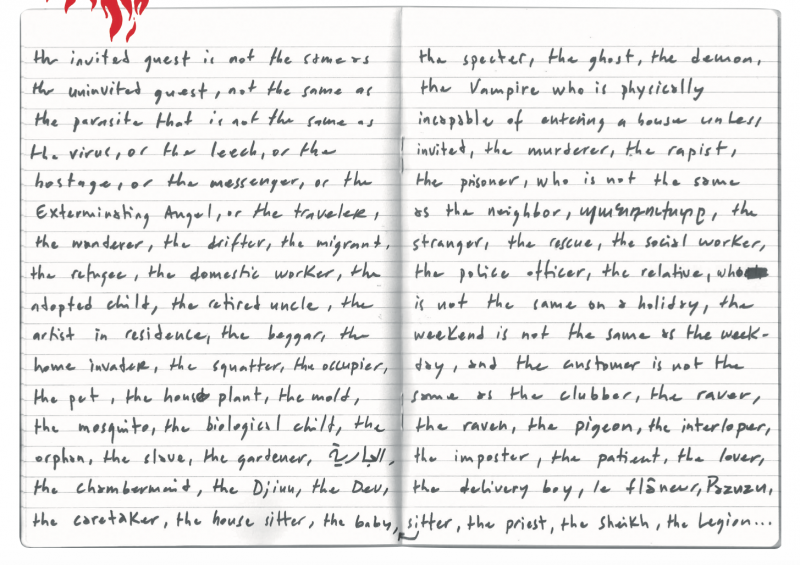 The gist of a heated conversation with Maxime: Veganism is not a choice. It is a political position. 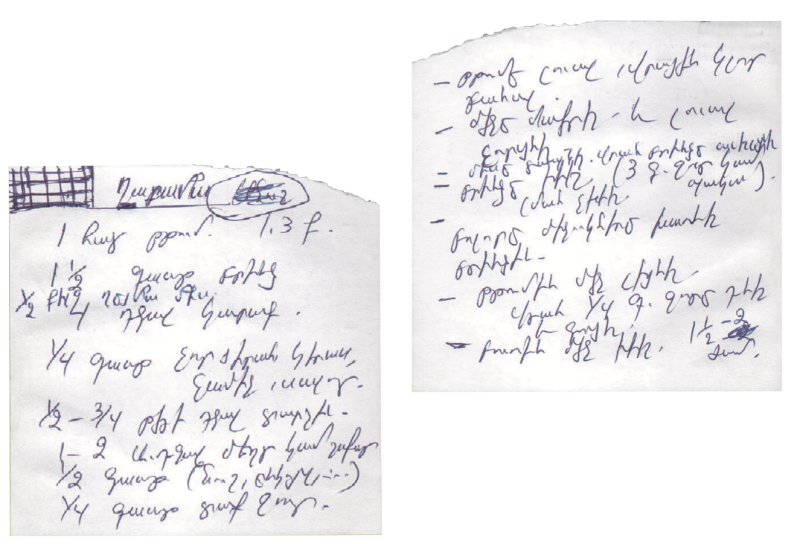 Today it’s been four months since the Beirut Port blast and two months after the start of the relief residency for Lebanese artists I put together with my curatorial platform (tap.) in Brazil. Today I am packing a home to find another one I left back in Lebanon during the Revolution in October last year. It has been a ricochet of tragedies. I have no more energy to count them. The exhibition project ‘’Make yourself at home’’, I have been working on for the last three years - based on a long-term cultural exchange between Rio de Janeiro and Beirut with accomplice Patrick Pessoa - got postponed. In the face of events, the project offered a safe shelter to artists in the Mata Atlantica Forest. I wrote to Patrick yesterday (who also visited us in Boiçucanga). We have been exchanging homes and letters since 2017. He replied: