Different perspectives on the gentrification process in Berlin and the Right to the City.

It was a beautiful, sunny day in Potsdam. It was in July of 2020, while working for a small gallery in Neukölln, when I ended up in a luxurious Mercedes-Benz driven by an elegant German lady. She was the organiser of an art fair in her not-so-modest residence in Potsdam, and she had invited my boss and me to visit the space where the art fair was going to take place. We were both feeling quite successful just by being invited to take part, even though it was clear that we were there to represent the “alternative” and “underground” Neuköllnische Teil of Berlin’s art scene. While showing us around in the Mercedes, she pointed to some of her properties in Potsdam, and mentioned how hard it was for her now as a real estate agent, with the new Mietendeckel (1), a law written to combat the growing housing crisis in Berlin by setting a limitation on rental costs. She felt comfortable to share some of the strategies with which someone like her can easily evade this new law. At the same time, I really believed in the gallery-project, and felt grateful for her invitation, so I tried to listen more and speak less. Although I had expressed my satisfaction about the mentioned law, the conversation continued in a very reasonable and respectful way. What for some is seen as a regression in the economic growth process that Berlin is going through, for others it is the reflection of an urgent need of defense of people’s rights of an affordable rent.

Driving back to Berlin, I thought about my ex-boss's situation. Back then, he was paying over 600 euros for a small one-room flat, and we were both celebrating the rent cap, even though so many people like him, unfortunately, are not considered by the new law. I also thought about my own rental situation, which is quite different: I have an old contract, the kind of old rental contract everyone in Berlin dreams of. So the law didn’t really affect my flatmates and me, although until recently, gentrification didn’t either. But I see it everyday in my neighbourhood on my way to work: “Rummelsburg is the new Neukölln.” I say to everyone. Not because I want Rummelsburg to become a gentrified neighbourhood, like, for instance, Kreuzberg or Neukölln, but because it is clear that the process there has already begun. In Rummelsburger Bucht I have see parts of Berlin that I have never seen before, from the new buildings by the water that make you feel as if you are walking in Amsterdam, to the slum and occupied buildings near Ostkreuz station. There are many contrasts in Rummelsburg. And it is obvious that things are changing here.

"What for some is seen as a regression in the economic growth process that Berlin is going through, for others it is the reflection of an urgent need of defense of people’s rights of an affordable rent."

Henri Lefebvre, the French philosopher and sociologist (2), wrote in 1968 The Right to the City, a book that was revolutionary on its conception of the city as central to understanding society. The Right to the City can be understood as a statement to the reality of living in a city, given to consumerism and controlled by ‘capitalist promoters’. Lefebvre makes the case for a return to the cities in their most complete and useful form, cities as sites for exchange, and cities as spaces for congregation and meetings - features which he describes as fundamentally important to urban life, transformed and renewed:

Lefebvre writes that an integral theory of the city and of urban society recognises the necessity of using resources from science and art on the benefit of urban life.  He addresses the need for the creation of new qualified places: places for simultaneity and encounters and encounters that are not only taking place because of economic reasons.

According to Lefebvre, the social conscience is slowly becoming a reference to consumption instead of production. Setting production aside, the proletariat loses both its urban conscience and its creative capacity. What are the spaces designated for encounters that will put the art to service of society through different artistic manifestations (spaces that would be dedicated to the construction and maintenance of an urban conscience and creative capacity)? Which places represent the fight for the right to the city through the creation of spaces that are open to meetings and exchange, without profit as a condition for their existence?

The VolksInitiative “Bucht für Alle” has, since 2018, organised press conferences and meetings with representatives from the government with the intention of presenting alternatives to the future of Rummelsburger bucht. They have collected signatures and created a strategy, which includes social spaces for local communities. Which of these proposed areas could be those privileged spaces theorised by Lefebvre.  In connection to this, some friends of mine are currently working on a shadow puppetry play about the gentrifying neighbourhood, in which real estate agents are played by dolphins, while the locals - the people who live in Rummelsbucht, are played by rats (3). In their words, “it’s a play about the same old story that has happened in so many big cities and it could happen anywhere. Where the homeless, artists and anarchist pirates, after years living and sharing a space and filling it with their art and transforming it, often end up calling the attention of real estate brokers, the capital and dolphins with pockets full of money and empty of respect, are able to easily take for them the place where other had before build their homes”. At the end of the play, the dolphins manage to convince the big Berlin Bear to get rid of all Berliner rats, by offering him a succulent, juicy pot full of honey.

The Mietendeckel is a victory that must be celebrated, not only by Berliners, but by all those who believe the modern city (as a socially productive space) is worth fighting for. But we must always keep our eyes open. There are many strategies with which investors are able to evade the new rent law, created to protect the city’s integrity and its habitants. What’s worse, these evasions are largely not hidden. These days, there are companies offering solutions for landlords who want to continue profiting from tenants, and who are willing to pay to maintain these inequalities. From unsolicited flat renovations, to building parking lots,  elevators, and other amenities on existing structures, Berlin is slowly becoming a city exclusive to the rich. The possibilities are infinite in the game of Capitalism. “Berlin will become London II” - I say to everyone. And I wonder how the Mietendeckel will be able to positively affect the housing crisis in Berlin, and the real estate market around it. While celebrating every small victory, I wonder about the efficiency and the justness of such laws, already contested by some. And I think to myself: I pay for the unwanted transformations I already see in Berlin, transformations that will very likely continue in the next five years. 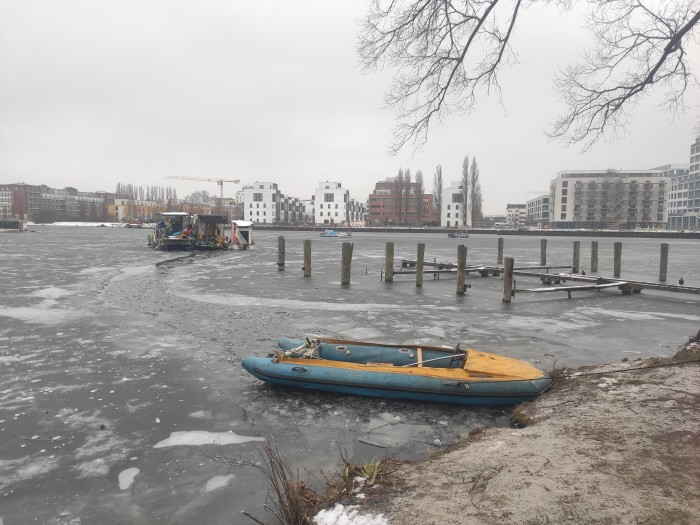