REJECTED DESIGNS FOR THE EUROPEAN FLAG

What do discarded European flags tell us about the present state of the "old continent"? 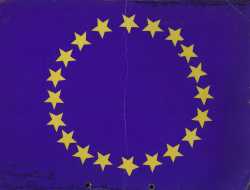 In December 1955, when the Council of Europe selected the design for the European flag consisting of twelve yellow stars arranged in a circle on a blue background, it simultaneously rejected over 150 designs that had been submitted since founding of the Council of Europe in 1949. The design drafts came from all over the world; however, most of them were submitted by men from West Germany and France. All the proposals were based on the assumption that European unity was the model for the future, though opinions differed as to which symbols might best unite Europe. The proposals ranged from the Swiss cross (Switzerland serving as a model for Europe here due to its peaceful multilingualism), to Strasbourg’s coat of arms (a symbol of Franco-German reconciliation and European post-war achievements), to the star (a popular flag symbol and US reference), all the way to the abstract map (an attempt to situate Europe territorially). The proposals are not without their share of imperialist fantasies: in many cases – as evidenced by the letters accompanying the design drafts –- the flag becomes a symbol of the continent’s cultural superiority over the rest of the world, and thus a testimony to the colonialist society of Europe of that time.

The angles and motives for pursuing the idea of a united Europe differed drastically from one another: it was to be found both in the socialist-dominated resistance movements in fascist Italy, as well as in conservative and decidedly Eurocentric circles of the time. While the former had the liberation of the working classes in mind, the latter were concerned about the dwindling importance of Europe in world affairs. The only point on which they agreed was that European nationalisms could only be kept in check by joining together to form a union, and that this was the only way to prevent another war.

The European flag was therefore both a project of continental peace and a means of establishing a boundary to the outside world – an aspect also characteristic of Europe today, where the dismantling of internal borders goes hand in hand with an increasing number of barricades against foreigners and migrants. On a symbolic level too, the flag is used to delineate: as an early form of branding “Europe”, it made the idea of a united Europe visually distinguishable and competitive vis-à-vis a national order for the first time, marking the beginning of a campaign of persuasion and advertising for its own cause that continues to this day.

The rejected designs for the European flag will be published for the first time this October by the Berlin-based publishing house Wirklichkeit Books. The book features an essay by the poet and writer Marie Rotkopf alongside the flag drawings and rather than being a bourgeois hymn of praise for Europe, it is intended above all to reveal the ambivalences and continuities of so-called European unity. Finally, the heterogeneous archive material illustrates the historical constructedness of the present situation and highlights the potential to participate in shaping it. 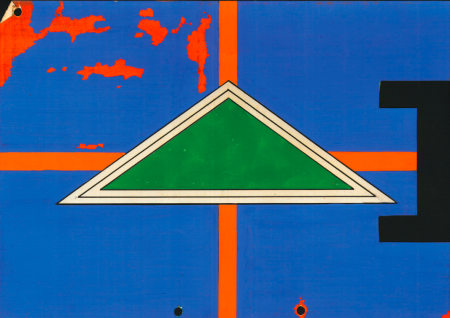 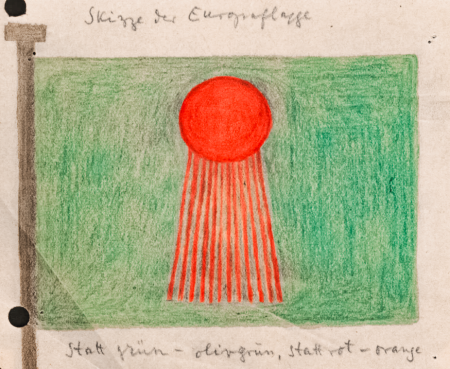 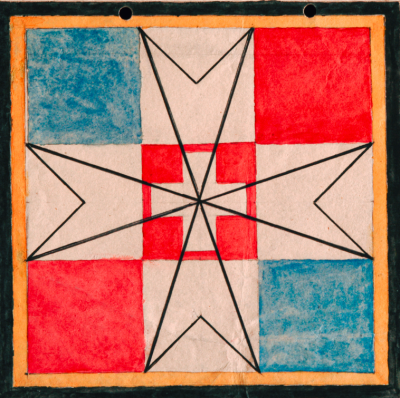 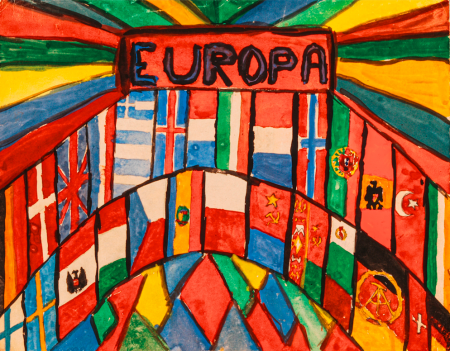 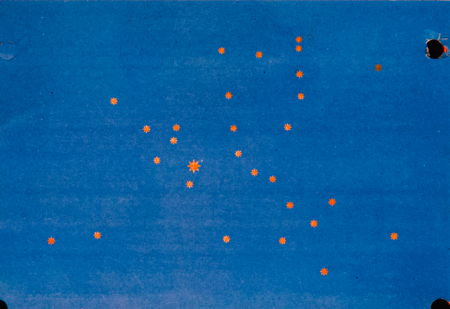 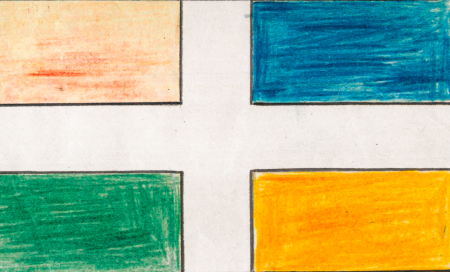 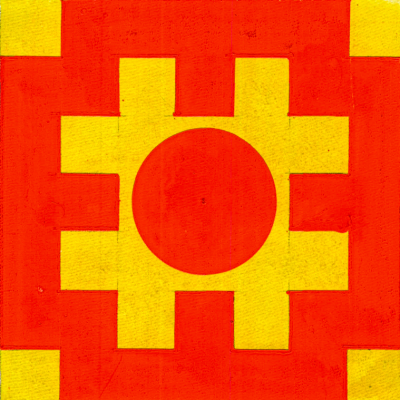 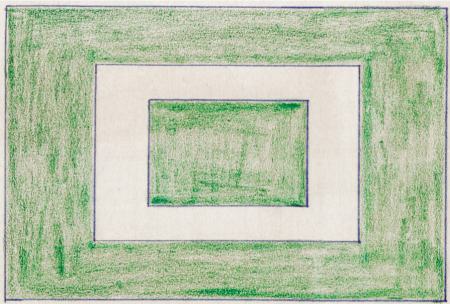 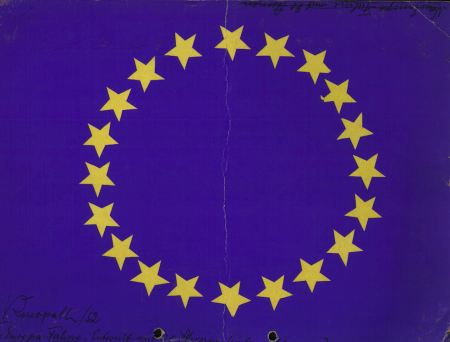 "Rejected. Designs for the European Flag" was published in print issue 13, "Eurothanasia"