Caribbean landscapes that refuse to cater to colonial fever dreams.

Divesting themselves of grandeur, conventionally reserved for sceneries of the archipelago, Frank Walter’s landscapes reject depictions of terra nullius. Instead, they imbue nature with a sense of ontological unease. The framing of paintings, a great part of which is devoted to the late artist's birthplace of Antigua, almost violently cuts the setting into seemingly trivial fragments, de-exoticing the mise en scène. Ominous, at points monstrous undertones intensify my first visit to the museum after months of self-isolation. 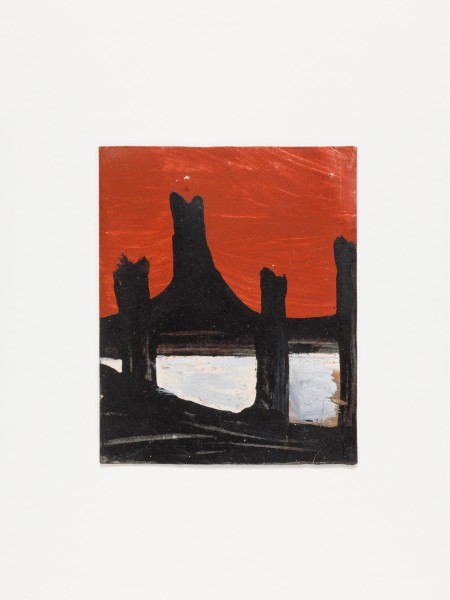 Running until November 15 of this year, the Frank Walter Retrospective at Frankfurt’s MMK is one of the first exhibitions to be made available to the public as Germany begins to slowly reopen. The post-lockdown antiseptic atmosphere of the museum serves as an appropriate backdrop to an array of objects that next to painting include sculpture, writing and personal documentation. The retrospective curated by Susanne Pfeffer—together with Barbara Paca, O.B.E., Ph.D., Cultural Envoy to Antigua and Barbuda—is a vast and sprawling collective affair, intertwined with contributions by artists such as John Akomfrah, Isaac Julien, Carolyn Lazard, Julia Phillips, Marcel Broodthaers, Julien Creuzet and Rosemarie Trockel. 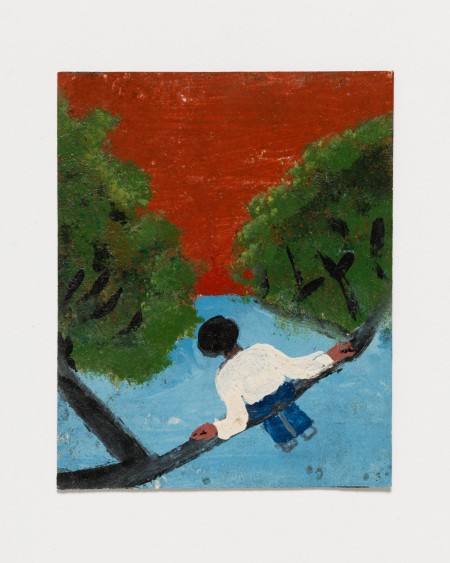 They each lend a distinct perspective diverging from the homogeneity of MMK’s permanent collection. The selection of works, however, seems to conceive of Blackness less as an identitarian addendum in the name of liberal inclusion, and more as state of being, inexhaustible in its semantic possibilities and communicative potentials.

Throughout the show, Walter’s artworks remain consistently small and delicate, requiring a closer look. Born surrounded by the ocean in 1926 as a descendant of a slave mother and a plantation owner father, Walter’s education was defined by the British colonial occupation, as he became Antigua’s first plantation manager of colour in 1948. His uneasy identification with Blackness instilled in him a sense of racial ambiguity and unbelonging and became responsible for his extensive research on bloodline genealogies, present in the exhibition as drawings of the artist’s father and family trees, meticulously scribbled on paper.

Walter’s wish to improve the working conditions of his plantation and to find out about recent technological advancements led him to London, where a strong racial bias prevented him from finding solace and material security. He lived a precarious life in a continuous search of employment, often suffering from hunger-induced hallucinations. After having relocated to Germany for a short period, he returned to the Caribbean and died in the remote mountain location near the town of Liberta in 2009. 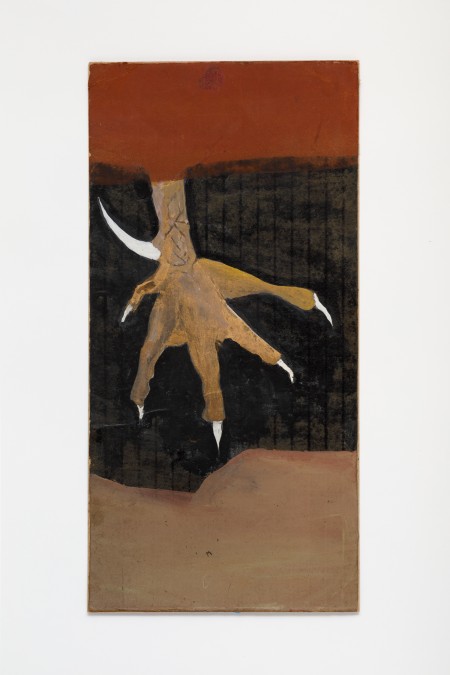 Such implicit disidentification with the modernist paradigm is perhaps symptomatic of a practice that is forced to consider not only modernism, but modernity itself, as a violently disruptive mode of existence—rather than a harbinger of what the art historian Jaleh Mansoor calls “a transcendental object of aesthetic autonomy.” To be more precise, modernist abstraction has initially never been purged of such inherent contradictions, but has, as in Mondrian’s case, participated in “continuous dynamism as the negotiation of the particular and the universal.” (1) It was only later that abstraction got congealed into a formula or a template, seemingly free from external surplus. Walter’s abstractions make visible modernism’s overdetermination, its excessive underbelly and its inevitable complicity with the social.

Walter never lived to experience an exhibition of his work in his lifetime, but this should not be taken as a paradigm of a solitary genius, discovered only posthumously, but rather as an effect, constitutive of the racial violence of modernity that gets subtly addressed throughout the retrospective. In Under Representation: The Racial Regime of Aesthetics (2019), David Lyold argues for the conceptualisation of representation that departs from the liberal idea of inclusivity, equality and political agency, but acts as a settler-colonial regulatory mechanism, that precludes certain peoples from assuming a universal position of autonomous subjects, capable of Kantian disinterested judgement. (2) Universality, taken in this specific sense, is a violent abstraction and modernity a force, unlawfully imposed on oneself.

Walter’s artworks are reduced to an almost diagrammatic skeleton, capturing instability that ceases to be either climatic or spectacular. They eschew the standards of a sustain-release dramatic structure; their instability is perennial, incessant, offering a window into brief instances in the life of someone whose very presence made him antagonistic to the realities of his (and our) times. 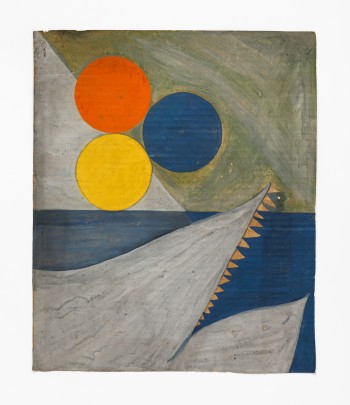