"As long as America doesn’t face its past, it cannot move forward" 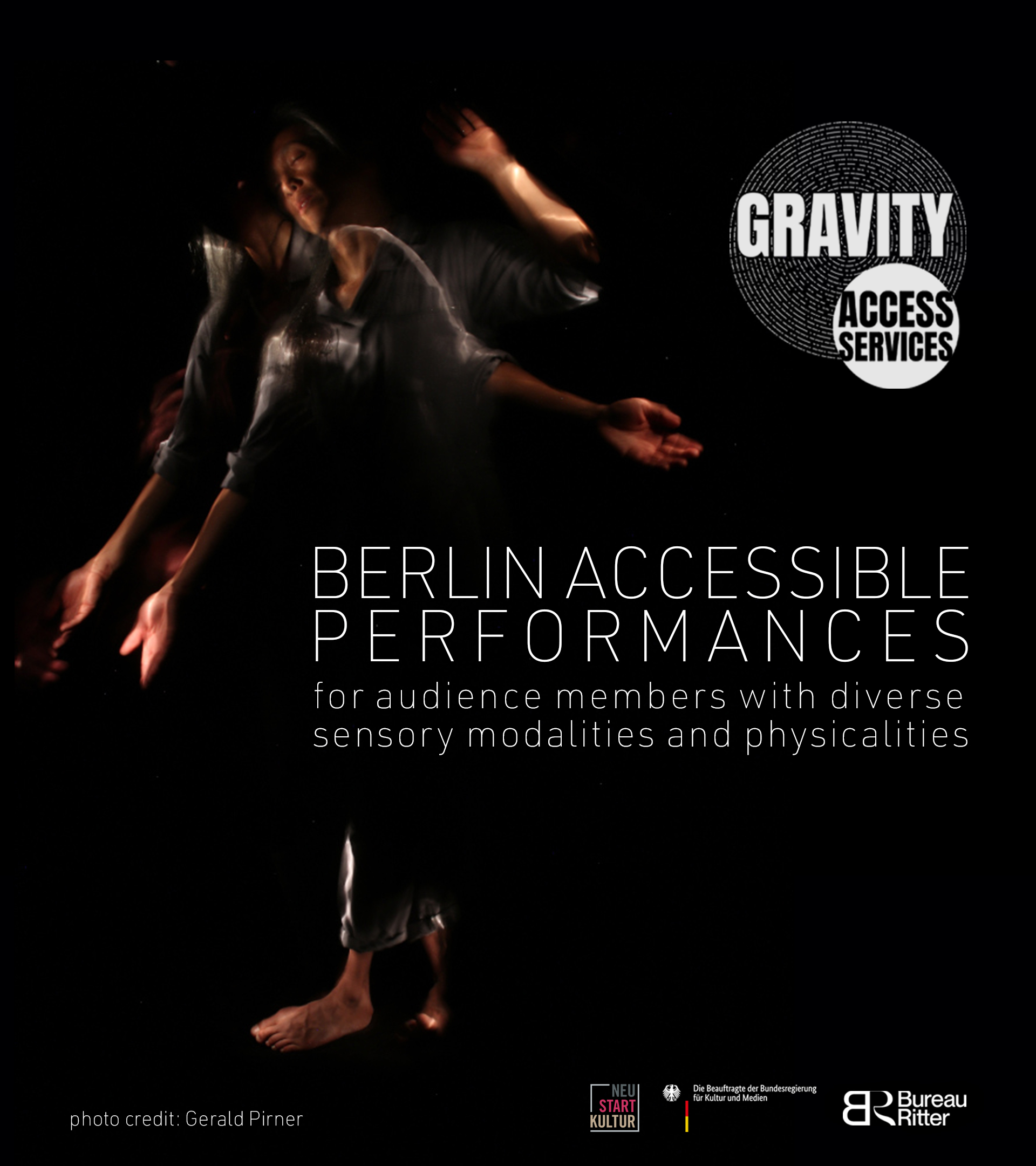 Rodney declines to give me his full name as we sit in a Lebanese restaurant by Hallesches Tor, sipping black tea and coffee. The first time we met, I bought an issue of Arts of the Working Class from him at Myxa Cafe on Lenaustrasse, a fateful evening that resulted in my future employment, and would bring Rodney and I into orbit. The man could sell you just about anything. He’s quick with a one liner from the corner of his mouth and notices people in a way that can be as flattering as it is disarming. He’s been selling Arts of the Working Class since it first appeared at Kreuzberg Pavillon. 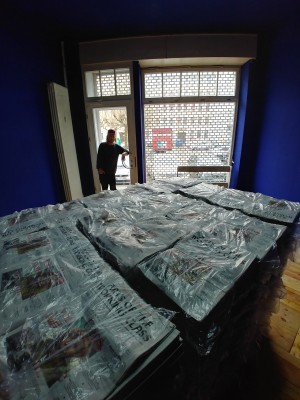 Rodney was fed goat's milk intravenously through his thigh bone for the first year and a half of his life in a hospital 45 minutes outside Greenville, Mississippi: the only hospital in the area that would serve Black Americans in 1957. His single mother worked twelve hour days as a maid raising four boys and a girl. “She caught hell for about four or five years, cleaning and cooking for somebody else then coming home to take care of us. She caught hell until I was about age 12 when I went to work at a service station. I would go after school until about 11 at night. Every penny I earned went to the house but luckily we were only four kids.” His childhood home sat near the invisible border to the white neighborhood, which he could pass through but certainly shouldn’t “be” in.

Growing up in the American South in the 1960’s, Rodney registered severe segregation in the neighborhoods, government buildings and in schools as routine. He remembers ordering from the back door of Doe’s Hot Tamales, avoiding certain drinking fountains and waiting in line for immunizations that only Black children got. “At six you aren’t thinking about racism, you just think about it being the norm.” Over the course of his childhood, he would witness the end of Jim Crow hardly hinder the reign of white supremacy in Mississippi. The Vietnam War was coming to an end in 1975 when he was eighteen and he was presented with the choice of voluntary military service or to go work on a factory floor. Former President Nixon’s War on Drugs began terrorizing Black communities and Rodney observed, “First came the drugs then the pistols, but by the time the pistols came I had joined the military.”

Though the US Military publicized equal treatment, Rodney quickly found that even within the mixed infantry harsher disciplinary action came more often to Black soldiers. His training took him to the Ozarks, crawling with hillbillies, then to El Paso and finally he was stationed in Berlin. The Barracks in Berlin in 1975 (closed in 1994) housed the US Military’s best and brightest at the symbolic front of the Cold War. Even with that acknowledged prestige, Black soldiers were routinely passed over for promotions and subjected to harsher disciplinary punishments. His next station was Fort Bragg, the 82nd Airborne in North Carolina, then a E5 communications position at Schwabisch Hall in Munich. Again, at this level the same discrimination continued and in the early 1980’s when Reagan moved to “downsize” the military, it was the Black officers that were forced out of their careers.

After the military at age 30, Rodney went for an Electrical Engineering degree and graduated with a high GPA but was again quickly “discouraged with the American system”. He continued to experience racism when he was applying for jobs, even as a retired vetran. He was also witnessing the disenfranchisement of the Black community now at the hands of Reagan’s austerity policies. Even with a social security card and no debt, he couldn’t get a line of credit due to discriminatory lending practices. He came back to Germany where he’s been a civilian here since 1983.

Away from the structural racism of the US, Rodney has had some run-ins with racists but he says he can count them on one hand. He noticed cultural backlash and even violence when waves of immigrants came into Germany; white supremacists trying to fight any person of color they could corner on the U-Bahn, but these prejudices never carried institutional traction. He does remember when serving in Schwabisch hall, German civilians asking whether he had a tail. “You have to understand that Schwabisch hall was only about 20,000 people, they didn’t have much interaction with Blacks anyway… and as a Black person that puts a lot of eyes on you.” When he first arrived in Berlin, there weren’t as many Africans, most Black folks he met were from the States. Germans seemed to make the distinction between Black people from America and newer groups of Africans, “If you have never been in that position it’s kinda hard to describe but you were treated differently because you were not African”.

In 1993, Rodney got a job working for the BSR as a street sweeper and was earning 5200 D-marks a month. The gig didn’t last long however. “Since the fall of the wall, everything in Germany has changed. Job opportunities have changed; since the fall there are less jobs. It doesn’t have anything to do with being Black that has to do with the economy standing at the moment. The factory workers are gone; it’s not to the benefit of the individual. People are working for less. But the employment situation is not based on skin color in Germany, there are more Black people working in government offices, but it is based on less well-paid work.”

It’s not only that well-paid jobs are disappearing but that commodities and housing are becoming more expensive, increasingly so in the Capital. Still, Rodney says, “Altogether, Germany compared to America ... I can leave the house here in the mornings and I don’t fear being killed by the police. I go into shops here and people don’t follow me. Do you know how fucked up that feeling is? You go into a shop and the shopkeeper follows you around because he thinks of Black people as thieves? If you had asked me thirty years ago, I would say that America is a monster in the making but now I say that America is the monster.”

I called Rodney because I wanted to do a follow-up of his profile which appeared in Issue 6, to bookend my time working at the paper. It is sometimes difficult to say who is interviewing who. He asks immediately whether I’ve gotten married yet and to make sure I don’t change my last name. For two people who typically meet on the street we’ve covered more conversation topics than are permitted at Christmas dinner; from systematic racism to how much money we are respectively making. He’s always quick to share resources and advice. Last summer, I asked him how much he makes selling the paper to which he answered with a number that was twice what I was making at the time. When I mumbled something about “good experience” he fired back that sure as hell doesn’t pay the bills and to “get your head out of your ass.”

Some things need to be said.

When Rodney and I spoke on the phone he asked me if I had seen the video of the murder of George Floyd, I said I had, that I think a lot of people have seen it. “Pure hate.” He said “As long as America doesn’t face its past, it cannot move forward”.

Throughout our conversations, Rodney has never offered his last name. He is rightly wary of the internet and for such a gregarious and charming person, he avoids attention and specific detail with a certain deftness that surely served him throughout his military career; the most brutal trade in a violent country. I asked him once if he likes selling the paper, “It gives me a chance to interact with other people, that’s about the best thing right now”. I ask him about the second-best and he shrugs, “I want to be left alone, but I don’t want to be alone.”

You can buy Arts of the Working Class on the street and support our vendors who keep the full price of the paper.