Colonialism has changed forms, disguising the artificial hierarchy of “us” and “them”

“I’m a born wanderer,” says photographer Akinbode Akinbiyi, “I wander the streets, observe people and capture what I see in my photography”. Photography especially has a way of bringing to light that which had previously gone unseen. After introducing himself to workshop participants at Savvy Contemporary, Akinbiyi led a walking tour through Berlin’s African Quarter in Wedding. As we roamed the streets with our guide, Akinbiyi identified the relics of Germany’s colonial past standing silently in their modern surroundings. 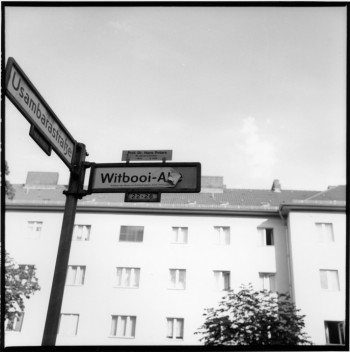 “I expected something more exotic...” says one of the workshop participants in a round of reflections the next morning. But the origins of the neighborhood are not so foreign, in fact they’re definitely German. “To call it the ‘African Quarter’- or Afrikanisches Viertel- is the wrong terminology,” says Mnyaka Sururu Mboro, co-founder of Berlin Postkolonial, in an interview with Deutsche Welle. “The terminology which really says what it is, is: Colonial Quarter”. In the early 1900s, German animal collector Carl Hagenbeck envisioned the African Quarter as a zoo, housing not only animals but also humans, exhibited in ethnological expositions, otherwise known as ‘Völkerschauen’. The streets were named after German colonists and African countries and, although the zoo was never realized, the names remain to this day (1). Relics of European colonial practices and attitudes are not always immediately visible, but when they become apparent they are, more often than not, hidden in plain sight (2).

The artificial hierarchy of “us” and “them” is wearing a new disguise. Continuities and relics of colonial pasts are as plentiful as they are overlooked, resulting in a cultural amnesia that gets neatly depoliticized and tucked away behind a sense of European cultural superiority and buried deep in the foundations of our day-to-day. If a critical reappraisal of the past is needed to better understand the conditions of the present, then what role do our cultural institutions play? As facilitators of history, culture and social values, cultural institutions have a responsibility to respond to and address postcolonial discourses in a reflexive and nuanced manner.

Berlin’s postcolonial projects have been gaining momentum in recent years. Activist organizations like Berlin Postkolonial have sought to change the street names of the African Quarter in an attempt to rethink the histories we choose to honor and uphold. A precedent was set in 2010 when Kreuzberg’s Gröbenufer was changed to May-Ayim-Üfer to honor the Afro-German activist and poet rather than a colonial slave trader (3). The change was meant to represent Berlin as a city that honors resistance to racist violence, rather than the perpetrators.

The controversial Humboldt Forum in Berlin Mitte, scheduled to open in September this year, has sparked a heated debate about the role of postcolonial discourses in cultural institutions. At a cost of more than €600M for the construction of a symbolic facsimile of an imperial palace, the forum is to become the new home for the collections of Berlin’s Ethnological Museum and Museum of Asian Art. In addition, it will house several hundred artifacts of questionable provenance, namely human remains from the victims of genocide and a collection of Benin Bronzes which were looted in 1897 by British imperial troops and sold to collectors (4). 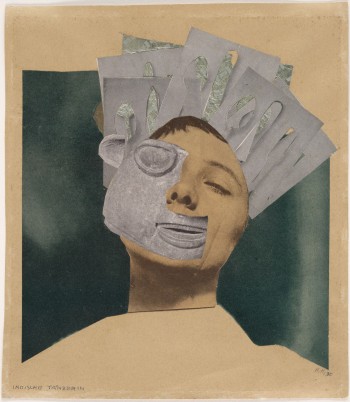 In 2017, Prof. Dr. Bénédicte Savoy publicly left the scientific advisory board of the Humboldt Forum, claiming that the forum was ill prepared to carry out the necessary research to establish provenance. “Without this research no Humboldt Forum and no ethnological Museum should open," said Savoy in 2017. Her dramatic exit caused a public firestorm of resistance from academics and experts, leading to questions of who really has the authority and power to “explain the world to the world”, as the forum’s mission states.

In 1883, Adolf Lüdernitz, for whom the African Quarter’s Lüdernitzstraße is still named, purchased land under false pretenses from the Nama people in present-day Namibia, laying the groundwork for the colonization of German South West Africa. In 1904, the Nama and Herero people revolted against German troops but were brutally crushed. Survivors were forced into the desert to starve or die of dehydration, while others were worked to death in concentration camps. It's estimated that up to 100,000 Nama and Herero were killed in what scholars consider to be first genocide of the 20th century. The skulls of the victims were brought back to Germany and donated to Charitè for racial research in an attempt to scientifically prove white supremacy, a notable foundation for Nazi ideology.

Although Germany has never officially apologized for the genocide, some of the remains were returned in 2018 to Namibia. Similarly, Mnyaka Sururu Mboro has called on the Humboldt Forum to return the skulls of people executed by German troops in Tanzania. Many scholars have additionally proposed the return of stolen artworks and slowly governments are starting to take note. Just last year, France pledged to return artifacts stolen from Benin in the 19th century in addition to a €20M loan for the construction of a museum to showcase the restituted items (5). Whether through the renaming, reassessment, or restitution of collections, the project of decolonizing cultural institutions is not historical revisionism or an anachronistic imposition of contemporary morality but rather an inquisition of the cultural memory we choose to commemorate. The events that occurred during Europe’s “scramble for Africa” did in fact happen, and the resulting trauma of invasion, occupation and apportion of Africa’s people and resources should never be forgotten. 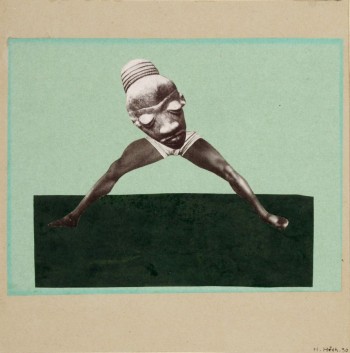 The assumed right of European institutions to display and represent African cultural heritage undermines the agency of self-representation of these diverse cultures, something always afforded to (white, cis-het, able-bodied and male) Europeans. In much the same way as the ethnographic expositions of the early 20th century, today’s European cultural institutions continue to mediate other cultures from a position of expertise rooted in a history of violent domination, subjugation and control. For this reason, the existence of institutions like the Humboldt Forum must be intensely scrutinized if we are to find more equitable models of cultural mediation.

Returning for the workshop with Akinbiyi, we visited his photography exhibition “Six Songs, Swirling Gracefully in the Taut Air” at the Martin Gropius Bau. In a room dedicated to the African Quarter, street names are brought back into focus through his discerning lens, revealing the subtle, yet daily encounters between Berlin’s African diaspora and Germany’s colonial past. At the entrance of the exhibition stands a photograph of curator Okwui Enwezor († March 2019), whose career-long focus on postcolonial perspectives through the creation of discursive public platforms provides a potential way forward in unpacking the complex emanations of colonialism.

Our cultural institutions have a responsibility to engage seriously with discourses of power and representation. Once this happens, maybe then we can finally begin to exhume the sediments of colonialism from our cultural foundations and lay out a level groundwork for a future rooted in mutual respect and solidarity.