THE MUSEUM IS AN AILING BODY

Looking for a cure in The Metabolic Museum by Clémentine Deliss.

In recent years, calls to decolonize arts and cultural institutions have been heard around the world. Amplified by last summer’s Black Lives Matter protests, museums have felt the temblor of decolonizing discourses at all levels of operation. From the bottom-line calls for the restitution of looted cultural artifacts (1), to dirty-money board members being forced to resign (2), to attempts at deaccessioning collections (3), or even the direct and effective toppling of public statues (namely in the US and UK) (4), the message is loud and clear: Eurocentric institutions are increasingly being held accountable for their roles in perpetuating the power structures of settler colonialism, white supremacy, heteropatriarchy and capitalism.

Ten years ago, curator and researcher Clémentine Deliss was already protesting some of these very same issues. But, at least in her 5 year-long term as Director of the Weltkulturen Museum in Frankfurt from 2010-2015, Deliss found herself alone with her “angry” criticisms. The Metabolic Museum, her most recent book, is part memoir and part conceptual thesis of her time spent pushing back against the status quo in a conservative city and institution. Usually, beyond some performative reactions to save face, the foundations of cultural institutions remain essentially unaffected by public critique in the long-term, only changing very slowly, if at all. So how can museums meaningfully respond? And how could ethnographic museums, arguably the most controversial of all in these debates (see Humboldt Forum (5)), legitimate themselves and reimagine their role and impact in the context of such discourses?

According to Deliss’ diagnosis, ethnographic museums are ailing bodies with “afflicted organs, and blocked channels of circulation,” and to cure them “[…] would require careful nurturing but also radical operations.” The Metabolic Museum chronicles a practical approach to the remediation of ethnographic collections (a term used by Deliss in the double-sense of the word: to remedy and to intervene to bring about an agreement or reconciliation), and builds upon the work of anthropologist Paul Rabinow, who calls for interdisciplinary research as a means of negotiating outdated institutional practices for public engagement and display. To cultivate a new vitality within the Weltkulturen Museum, Deliss proposes a careful reevaluation of its functions and parts, establishing an interventionist laboratory capable of remediating its collection for future generations.

"It remains to be seen how the “ailing bodies” of ethnographic museums will be able to address reverberating demands for accountability, if not through the implementation of new and imaginative means of cultural production."

Inviting professionals, researchers, students, artists, and the public to do their fieldwork in the museum, Deliss sought to establish the concept of research collections in the active sense. Rather than acting as a static repository for cultural objects, studied exclusively by “experts” (often with no actual cultural connection to the objects), the museum would instead develop a dynamic and generative collection: Students could access the museum’s holdings to curate experimental exhibitions, laboratories were established for artists to produce work, even a gastro-anthropologist was hired to prepare meals and to offer courses about cooking in different cultures, causing an administrative uproar.

While implementing such an innovative and radical change-of-course for an ethnographic museum, perhaps what makes Deliss’ narrative all the more intriguing is the number of stubborn obstacles she encountered during her time as director. Deliss cooly and candidly details the frustrations of bureaucratic blockages, administrative nightmares, and interactions with obstinate museum staff that evolved into arenas of conflict. In one account, museum staff were reluctant to catalog works made by guest artists in the museum’s laboratory and, in response to her questioning, simply shrugged responsibility. Overall, Deliss’ experience clearly illustrates some of the very real barriers — social, cultural, and institutional — that stand in the way of revitalizing ethnographic collections.

Despite a general favorability of the Deliss’ programme from the public, the invited researchers, and artists, in 2015 Deliss was informed of the non-renewal of her contract and was effectively fired. Perhaps it was too soon for an all too conservative institution, but it remains to be seen how the “ailing bodies” of ethnographic museums, and by extension cultural institutions in general, will be able to address reverberating demands for accountability, if not through the implementation of new and imaginative means of cultural production. 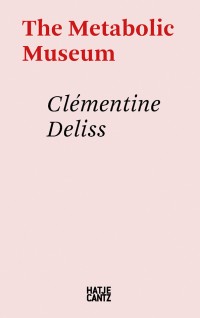 The Metabolic Museum by Clémentine Deliss