WHAT'S ART GOT TO DO WITH THE IRANIAN REVOLUTION?

A conversation with Sayeh Azarpanah.

The mass protests in Iran over the murder of Jina (Mahsa) Amini and the violent enforcement of the Islamic hijab by the Iranian government is slowly growing into a widespread political revolution aiming at the entirety of the Islamic Republic as a system. Meanwhile, the reverberations of this historic event have entered the world of Iranian contemporary art, both inside and outside of the country, causing profound and contentious conversations about the role of art workers in and for the Revolution.

Mohammad Salemy: Sayeh, I want to talk with you about the implications of the latest anonymous interventions in art spaces of Iran that take matters into their hands and enter this dialogue with public acts of artmaking and protest.

Sayeh Azarpanah: Let’s start with a fact. Unlike the non-Iranian intellectuals and artists who decisively supported the recent Iranian uprising and considered it the beginning of bigger changes within the country, most Iranian art workers did not explicitly react to these events, especially at the beginning. Against this silence, on the one hand, there was a negative stance that criticized their conservatism, and on the other hand, a sympathetic stance in support of them mostly because of how workspaces in Iran are generally becoming more politicized every day, and protest will most likely have unpredictable personal costs. But the longer the protests and the heavier the repressions, the more intense the pressure on the pro-uprising position holder has become, as silence is interpreted as complicity with the perpetrators of the repression, and a nationwide strike has been demanded as a less costly and necessary move to weaken the government's position. However, the country’s mainstream world of art and culture has not seriously considered this demand, rejecting it first with silence and then with criticism. For example, in an article titled "Bread and Blood", the Iranian artist Iman Afsarian expressed his discontent with protesters who disapprove of the reopening of commercial art galleries. Afsarian's main point was that intellectual and cultural work should not be stopped, and that under no circumstances and with no excuses can one dictate a political position for art. He even compared the protesters with the dictatorship we live in. 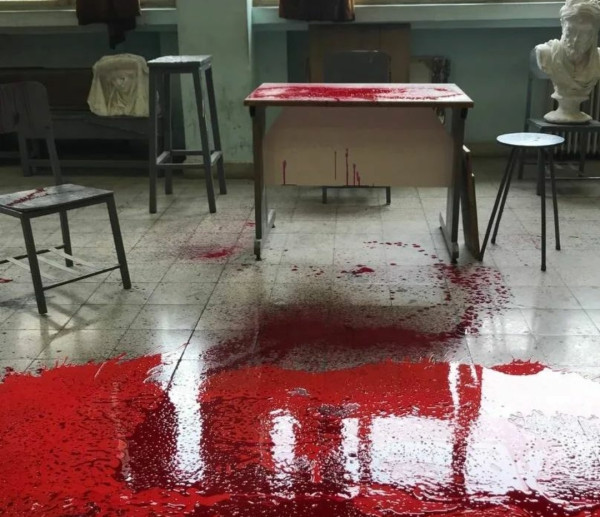 I see an interesting connection here between the situation outside of Iran among Iranian artists and the picture you draw from inside the country. While almost every Iranian artist and art worker in the West is univocally supporting the Woman Life Freedom slogan and condemning Mahsa (Jina) Amini's death, the more established ones, especially those with ties to the art scene in Iran, avoid attacking the government in order to be safe on both sides. The radicals echo the voice of the streets in Iranian cities, condemning dictatorship and asking for an end to the Islamic Republic. Those who had previously supported the government based on its supposedly anti-imperialist, anti-Israel stance have become revolutionaries overnight. The petition put together by a group of concerned art workers in defense of protestors including art school students in Iran, was signed by a wide spectrum of well-known figures with a few disappointing exceptions, such as Sohrab Mohebi, director of the Sculpture Centre in New York, or Negar Azimi, chief editor of Bidoun. I sometimes wonder, besides personal advancement, what does art actually mean to those who choose silence?

Let’s ask an elemental question: What is art? It’s a simple and repeated question that is perhaps better answered by those Iranian artists and galleries who consider it useless to strike and stop showing art in the current situation. Do art and culture have a sacred nature, for which political neutrality is a principle in any situation, even when this neutrality is undermined in advance due to political interference by Iran's Ministry of Culture and Islamic Guidance? In the particular fields of Iranian art and culture, these seem to be trivial questions. Therefore, it is not surprising that Afsarian's only proposal masquerading as a demand is the "elimination of the ministry's prescreening of works before their exhibition," a proposal that is reminiscent of the reduction of the political uprising in Iran into a simple demand of the elimination of mandatory Islamic hijab.

Let’s not forget that defending the independence of art from any presupposition can itself turn into a dogma, subjecting art to a false sense of freedom. So how can we defend the arts and culture that succumb to censorship and denial? How can we save art and culture that turns against itself? Artists that are disconnected from their society can only defend their practice based on their freedom to act on behalf of their inner passion. They may call that passion political, but one cannot help but be affected by the passion of those activist artists who spray red paint on the doors of galleries or splash it on classroom floors to insist on strikes. The contentless defensive letters that established artists address to these so-called "angry and extremist people" are, if nothing else, a testimony to the effect of this passion. Remember how, in May of 1980, in response to a question about the future of Iranian art, the country's leading poet Ahmad Shamlou contended that "I am not worried about it, I am not worried about it in any way because –at least in our time– great works of art have been created only by protesting artists and not by professional ones." [1] 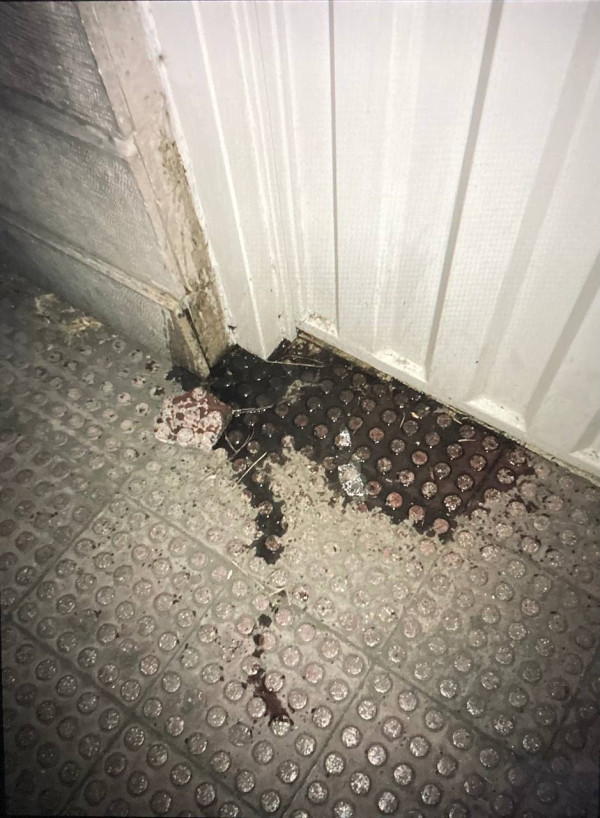 I’m impressed by the effect of the works of those anonymous artists who have used the symbolism of bodily fluids, like blood and urine, to mark the entrance of those galleries who have chosen to return to regular programming (for example, O Gallery and Dastan Gallery, which hold selections of artists who have participated in biennials and international art shows). In my opinion, these protests highlight something about the commercial art scene in Iran that is not often talked about: the invisible hand of the Ministry of Intelligence and the Revolutionary Guards work within these galleries, not only towards painting a humane and sophisticated picture of an otherwise brutal and fundamentalist regime, but also helping these institutions with money laundering, as well as using the commercial traffic of art to go around economic sanctions placed on Iran by the United States and Europe. A question might stay open: How far can one go in remaining collaborative in the light of oppressive states?

Not so far for now, based on the high speed of events. I think they should first doubt their social reality and daily life. And not only them, but all artists. Isn't that what art is all about? Maybe this is where one stops differentiating between art and revolution. [2]