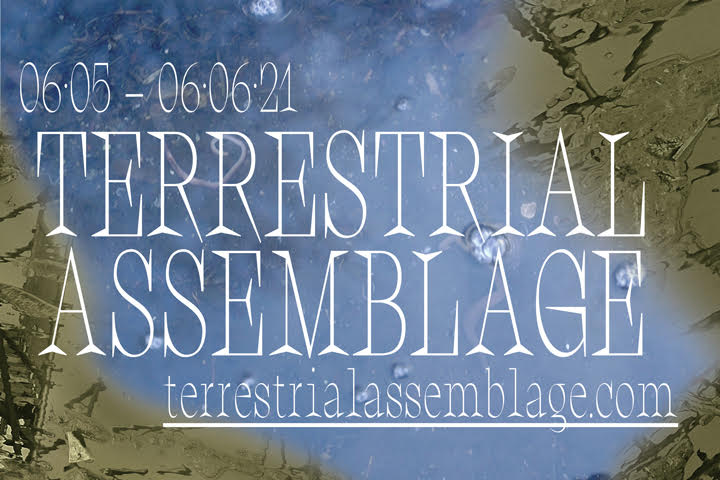 Together with you, we want to build and strengthen a system in which we can organise against exploitation and structural inequalities in the arts. Join us now.

Bring your plans with you to the assembly, so we can find ways of tuning them to the commons. Understand what it means to be a group. A member’s experience unfolds by giving and receiving provocations, wishes and recognitions to improve upon and slowly change the socio-ideological context in which artistic practices are being formulated.

To participate in the upcoming L’Union des Refusés meeting on March 21, send an RSVP to

Everyone is welcome to join and organize with/through other unions, associations and institutions that are already working towards improving labor conditions in the arts.

On January 21, 2021, the first gathering of L’Union des Refusés took place in the form of a virtual assembly. Although initiating a process of unionization while confined to digital rectangular windows had neither been imagined nor planned, the spirits and intentions that manifested through those conversations were much more stable than the volatility of these times. Although the present is insecure, the possibilities for consolidation and trust building on a peer-to-peer basis becomes visible through the engagement, care, and interest of everyone involved, even if just peripheral.

Personal feelings related to duty relations need to be handled on different levels. Not everyone who is ready to enlist as a member of the union has a clear idea what they expect from organizing with others who are confronting similar, but not equal, conditions of labor. Every case is unique and needs to be treated as such.

The Holograms (See later section on The Hologram) we build are moments of solidarity in which we all grow. They are small groups that constitute the larger context of mutual nurturing, without letting members fall off the grid in silence, confusion or despair. Economic, aesthetic and discursive problems can only be solved collectively. During two hours of trial sessions a core group of incomers, practitioners, experts, lovers and dreamers were exposed to this technique of care. Many uneasily diluted their resistance to openness and vulnerability through the process of building trust.

A UNION FOR EVERY ART WORKERS WELL-BEING

L’Union des Refusés, meaning the Union of the Rejected, does indeed appeal to many – in case you thought the refused were just a few. Precariously working and exploited by the claws of capitalism, workers want to reclaim their right to refuse the conditions of inadequate wages, work overload, no contracts and zero recognition. Academics, artists, students, teachers, curators and newcomers, those who may be tied to an institution, a project space, or a chic art business, can still be refusé; rejected and precarious, whilst enriching the cultural landscapes to little or no compensation.

In solidarity with these workers, L’Union des Refusés constitutes itself, forming practical tools and tactics for resolving the common struggles.

- The Invisible Committee, The Coming Insurrection, 2009


L’Union des Refusés drives a forthcoming change to the current neoliberal system’s regulation of workers, which collocates the cultural sector as one of precarity and tears. L’Union brings together what is currently isolated, fragmented, displaced, dismissed and disowned. Building a political platform for mutual aid and trust with aesthetic, social and economic values, it attributes back to the 99% what never should have been seized.

Stealing back the waiting time for systemic bureaucratic change, L’Union means creating together, acknowledging specifics, and taking different needs and abilities into account.

The first gathering of L’Union followed the peer-to- peer feminist methodology of a model entitled The Hologram. Initiated by Cassie Thornton, The Hologram offers a safe space for building a network of trust and venting about the status quo of bureaucracy, lazy regulations and social skepticism. The Hologram, composed of at least four people to form a Minimum Viable Hologram, is a social infrastructure which organizes forms of social, physical and emotional care. Each care subject is assigned to three people who collectively care for another person, the hologram.

Over the course of the next year on the 21st of every month, L’Union des Refusés will prove that unionizing is possible without experts, physical space, money, stability, health and sometimes, trust in ourselves. Building upon these new connections and forms of mutual sutainance, L’Union des Refusés is open to everyone who refuses to comply with the current cultural system as well as to the institutions and art business which want to account for larger systemic shifts but are inherently intertwined within it.

Institutions, collectives and individuals are all invited to become members of the Union. Arts of the Working Class will provide the infrastructure and platform for information and exchange, centering where we gather in order to decentralize for individual needs. The Union will develop a structure which will, through careful consideration of common goals and marginal needs as addressed in the monthly sessions, include the following:

- An online platform, first and foremost, as a meta-structure in which everyone can engage.

- Tools and Infopoints for Local Aid

- A new form of Social Media structure which will create a space within the Hologram to co-conceive and coordinate methodological change.

L’Union des Refusés seeks commercial, institutional, self-organized and activist groups who can address common goals and urges. Taking collective responsibility to resist oppression by coordinating workshops with partner institutions and participants, L’Union will identify the asymmetries and inequalities of the institutional system itself. To achieve the spirit of unionization, to create the network and its framework, to build a network of solidarity and reach a multitude of people, to be paid (even in times of crisis), to be productive, to create a field of trust to ensure accessibility to all, and to eradicate cultural privilege is a joint venture to organize together.