In the late summer of 2021, the project common over vacant took up public space in front of privately owned property in Berlin that is kept vacant. Vacancy (Leerstand) is a symptom in evidence of land speculation and financialization of housing where land is reduced to its economic value and housing reformulated as real estate, both adopted as status quo over the lived experience of housing as a home, as inhabited social, living space. In such a context counterintuitive logic applies where the market value of land and that of a house kept vacant rise over time although its material structure ages and decays, up until it's ripe for demolition. 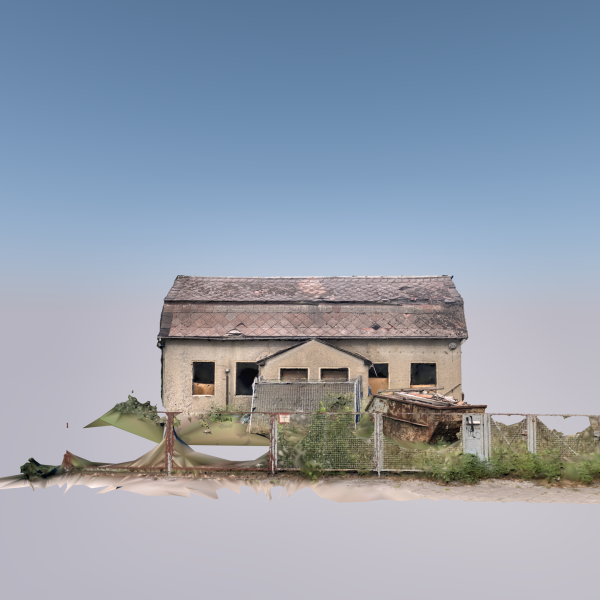 The vacancies often slip between the cracks of bureaucratic administration and remain unregistered. Common over vacant listened to residents and passerby of the neighborhood in order to collect and broadcast stories of legal battles and forced evictions, to bear witness to the outer shell of vacant housing appropriated as advertisement sites and their intentional neglect to the point in which they would be too fragile to occupy. The 3D models of the vacant real-estate were generated from multiple photographs taken at each site. They share the qualities of their physical counterparts, each a hyperrealist yet glitchy simulation of a functional human dwelling with nothing but an outer façade that hides the fact that the space behind it, for all intents and purposes, doesn’t really exist.