In the heart of India, in the quiet village of Kawtha Kadu, home to about 1933 inhabitants, on an ordinary day, intimately synced with the rhythmic breath of the land, Rekha Kadu was caught repeating a troubled, inner monologue; "How will we manage?"

It was 2013, the year her village suffered the first major drought. With a family to feed and relatives to look after, Kadu had few options. She was one of the many farmers in India who had no choice but to borrow money (approximately $2,200) to irrigate her farm and provide the basic necessities for her family. (1) Unfortunately, 2013 was only the beginning of the series of devastating droughts that the region would see almost every other following year. As her son Ashish explained, each year they would invest $1,500 to sow crops, but would only earn half back. 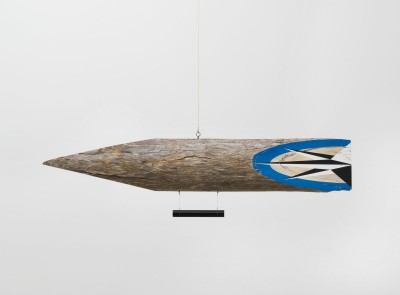 Under the iron wheel of time, Kadu was trapped in a land deemed unproductive due to rising temperatures while facing a stigma because of her inability to marry off her oldest child in the face of piling debts. Kadu`s anxiety was reaching an atmospheric pressure point. On January 7th, 2018, on a quiet day, after a dinner with her family, Rekha Kadu set herself ablaze and died from her wounds.

$7000 was the price of her life. The amount towering over her dignity, as one of the most overlooked, yet most vital cells in the social body, the archetype of modern India's infamous food soldiers.

Under the veil of silence, spread-out by the hands of self-seeking politicians, bureaucrats, business people, and industrialists, India has earned the dubious title of 'farmer suicide capital of the world.' As Bodh points out in his book Farmers` Suicide in India: A policy malignancy, there is an "enormous socio-political inertia and appalling indifference to the psychological agonies of farmers like Kadu.” (2)

"Helping someone through difficulty is where civilisation begins"

When the anthropologist Margaret Mead was asked what she considered the first sign of civilization in a culture, she gave an answer most of her students were surprised by.(3) She pointed to the first femur, or healed bone from a 15,000 year old archaeological site. If one breaks a leg, one's likelihood of survival drops to fatal depths. One cannot escape danger, migrate with the rest of the herd, hunt or reach other essential sights for refuge. One becomes an inviting treat for prowling predators.

The advent of civilisation is the first fossilised sign of care and subsequently contingency. A healed bone is the consequence of someone sacrificing their time to stay, to look after and to care for the wounded, carrying them to safety and tending to their basic needs. Helping someone through difficulty is where civilisation begins, Mead explained.

2020 began as the year of contingencies. Its amplifying glass has not spared us from essential realisations and re/discoveries, elevating the invisible into the realm of the visible, enlarging the intricate web of ties between human and (non) human, gradually reemerging from the multitude of economic, social and cultural threads.

What’s actually next is extremely difficult to predict. As an intriguing implication of chaos theory suggests, future states of complex dynamic systems, such as weather, human brain and economy, are almost impossible to predict. Although the behaviour of complex systems can follow observable laws, their future states remain in principle undetermined, given the systems exquisite sensitivity to initial conditions. Or as the Danish proverb attributed to Niels Bohr physicist goes, "Prediction is very difficult, especially about the future."

Time propels the complexities of systems, with each iteration providing new conditions that feed back into the system, a phenomenon referred to as Circular Causation by Scott Kelso in his book Dynamic Patterns (1955).(4) The cosmic dance of neutrons, each second by the billions travelling through our cerebral superhighway is one of such intricate performances. As Iain McGilchrist describes, there are no isolated bits in a hyperconnected network. Each event is connected to, and potentially has consequences for other events, which may respond to, propagate, enhance or develop that initial event.(5)

Even in our individual biosphere, it takes one micro alteration to trigger a state of crises. Cystic fibrosis, a condition that makes breathing challenging, is a result of a mutation in a gene needed for chloride transport. One alteration, out of the three billion base pairs in our genome can cause the disease. Breathing, as just one of the many functions our body conducts since our very conception, becomes a grand stage, whereby the entire play depends on the harmonious integration of all the complex components.

Capitalism has effectively veiled the contingencies our economic/welfare/food systems have been built upon and without which it couldn't survive. Its system of logic functions similarly to that of the subconscious. Events that are too traumatic to confront and too heavy to digest become repressed and barely break through the boundaries sealing off the unconscious. I would argue that in moments when socially incompatible elements are repressed into a collective unconscious, we can see a spike of neurosis in a given society emerging in tandem with depression and obsessive-compulsive behaviour - both seemingly symptomatic of the modern human condition. At its core, neurotic expressions are automated responses of our unconscious attempting to manage deep anxieties.

Traumas function precisely this way, whether they are contemporary or "historic", i.e. genocide, colonialism, forced migration or annexation of territories, both geographical and corporal - needless to go further than the psychological scars left on an entire people after the reunification of Germany in 1990. Some of the contemporary traumas emerge precisely out of our lack of meaningful psychological strategies that would enable us to meet reality halfway. Hiding in the shadow in the hungry underbelly of our manic society of consumption, parts of our consciousness had long been buried under the silent rubbles of Southeast Asian textile factories, graves to the hungry, the dispossessed and the invisible, while our plates are filled with pain in disguise. 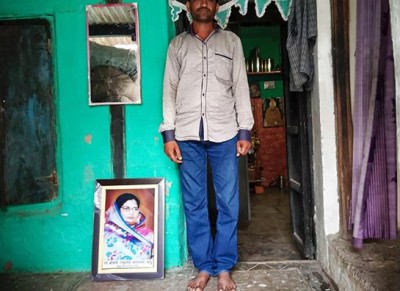 Rekha Kadu, may she rest in power, was one such member of the precariat, the invisible collective for whom work is elusive and debt has become unpayable. As Judith Butler puts it, precarity is the constant threat to the worker’s prospect of physical subsistence or to those who are regularly abandoned by a system that considers them to be exhaustible and replaceable and for whom little or no social protections exist.(6)

Without speaking of the imaginary structures that lay the foundation of society, such as the Darwinian ethos of consumer capitalism, one cannot speak of the essence of man, as this man is by and large the product of such processes. Man, in her or himself, does not have an essence but is rather a result of historical and psychological processes that lie outside of her or his control. The imaginary is not reducible to the human imagination, as Althusser’s  reference to Lacan goes, rather, the human is constituted within the imaginary but is not of its origin.

"There isn't an objective reality we can all adhere to, but rather billions of spotlights searching for meaning and structure, often cross illuminating the same aspects of life."

When we say we think inside a box, what we really mean is that we draw lines of separation (legal, territorial, technological and moral) around our mental and psychical bodies. Our thinking is determined by the attention we pay to the world that surrounds us, and thus the nature of the attention we pay has a direct relation to the way we experience reality. Our attention, as McGilchrist points out in his lecture of the mind, makes reality what it is.(7) There isn't per say an objective reality we can all adhere to, but rather billions of spotlights searching for meaning and structure, often cross illuminating the same aspects of life.

Reality therefore evolved as a process of negotiation, through the collective evolution of a unified vision that determines which aspects are recognised and called into the conscious and which aspects remain in the shadows of that commonly agreed social reality. But the question again is whether the kind of social reality we adopted — which is itself an ethical construct, grounded in technocratic bureaucracy — is the kind of reality that will uphold the texture of the social field when presented with a pandemic. Belief itself isn't a purely intimate mental state but something that is materialised in our effective social activity, supporting the fantasies upon which social realities are built and regulated.

There is a logical fallacy in the assumption about the power of self-awareness that one can acquire through accumulated cognitive knowledge and mindfulness, as Peter Sloterdijk argues in his book, Critique of Cynical Reason (1983). What we call our conscious self isn't that conscious after all. Ideology, he argues, becomes converted into an arsenal of cynic reason, as a response precisely to the lack of freedom that is supposed to arm one with the ability to choose the very principles that meant to guide our actions and thus make us into free actors.(8) In order for reason to function, it must presuppose freedom as a means to materialise itself as a principle of action.

Sloterdijk problematizes this Kantian notion of enlightened understanding, and sees it as a paradoxical phenomenon which he calls enlightened false consciousness that ultimately strips individuals of the role of active agents, in so far as they are fully aware their beliefs and work efforts are based on a set of lies, but nevertheless continue let their actions be informed by those lies.

The pandemic, clearly a devastating blow on the poor, the sick and the marginalised, had given us a moment of reflection and reorganization. Since the invention of the wheel, the world has been blindly rolling into a cloud of fog, whose contours were left to be defined by technology and the market, while the elusive, narratively rooted humankind has been reduced to an automated instrument with little say in its unfolding. The virus is one of those glitches in a system of such complexity as our global economy, and the biopolitical bodies of this very economy are drained of its resources to combat it. We are reminded of the rule of chaos, making the future of life on Earth perhaps more difficult to predict than we thought. Just like we tend to reduce our breath to the autonomous output of our lungs, disregarding the myriad of elaborately choreographed components, our social bodies become similarly alienated, despite their dialectic relation between human and extra-human nature, with the boundaries of organic and inorganic ever shifting.

The term "essential workers" therefore remains an important reminder of what life would be without those like Rekha Kadu in the frontline.