HYPOTHESIS OF ECO-SOCIAL RENEWAL ON TRIAL

From Driving the Human.

For a few years now, a future-oriented turn in the cultural landscape has directed and laboured the imagination and expertise of a generation of thinkers and practitioners. The urgent call to rethink economical parameters and social structures surges from the desperate climate and humanitarian crises, and the deepening of the wealth gap between individuals and nations due to the capitalist replication of debts and class inequalities.

The program Driving the Human was conceived in the urgency of responding to this perpetual alert mode and the call for situating sustainable logic in the present. Begun in 2020, amid the pandemy, and supported by institutions such as the German Federal Ministry for the Environment, acatech – National Academy of Science and Engineering, the international mentoring program Forecast, the Karlsruhe University of Arts and Design, and ZKM | Center for Art and Media Karlsruhe, it is a hybrid think tank for eco-social renewal. Through support and tutoring, DTH has given the opportunity to a choir of twenty-one practitioners and experts to preliminarily develop their visions of sustainable and collective futures. The first phase of their research was presented during a three-day festival, in fall 2021 at radialsystem in Berlin. 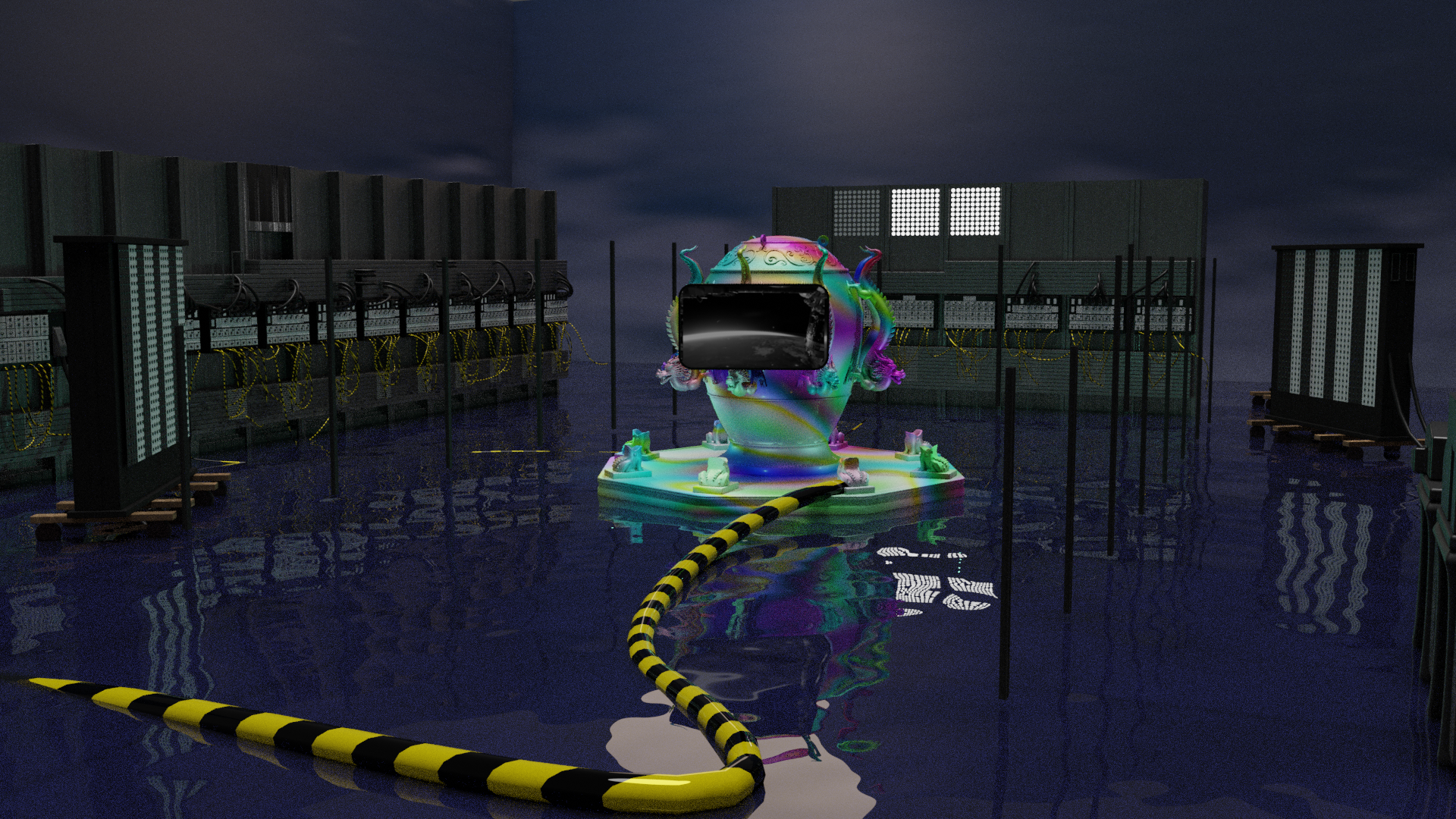 One might ask themselves what eco-social renewal stands for; neither easy to guess nor to visualize, the answer can be found in the conceptual and counter-narrative scaffolding given by non-Western heritages and de-colonial practices, rewilding of the environment and amplification of knowledges of oppressed cultures and life-realms. A critical standpoint in this regard could be the Driving the Human participants’ agendas which, rooted in activism and speculative design, sometimes relied too much on biases and tokenization, without deepening the diverse cultural background which motivates the given practices of de-learning imperialism. However, the twenty-one concepts challenged the audience with methodologies far from reductionism, whose use of specialist vocabulary and technologically-developed infrastructures achieved the fabrication of a complex, fertile ground for a systematic shift, which could be digested throughout the festival.

Faithful to complexity, staging hypothesis of survival and subversion, the event itself of Driving the Human was experimentally unfolded in a convention-like format, including an introductory exposition display of the selected twenty-one projects, immersive installations and theatrical performances. Each vision was unfolded in detail and questioned in thematic rooms, while the flow of the contents was facilitated and paced by the practitioners themselves. They welcomed the audience as peers who could experience and inhabit their visions, involving them in workshops and guided tours. Navigating the space that was arranged in such a way, the perception was to live a pluriverse of ecosystems and realities organized in dioramas. The experience was fostered by the in-person and online programs hosted by Julia Ihls, Matylda Krzykowski, Kay Meseberg, Anton Rahlwes, Vera Sacchetti and James Taylor-Foster. Their facilitation served to create a dialogical methodology for connecting complex and simple realms of discourses; the IRL and virtual, natural and cultural. 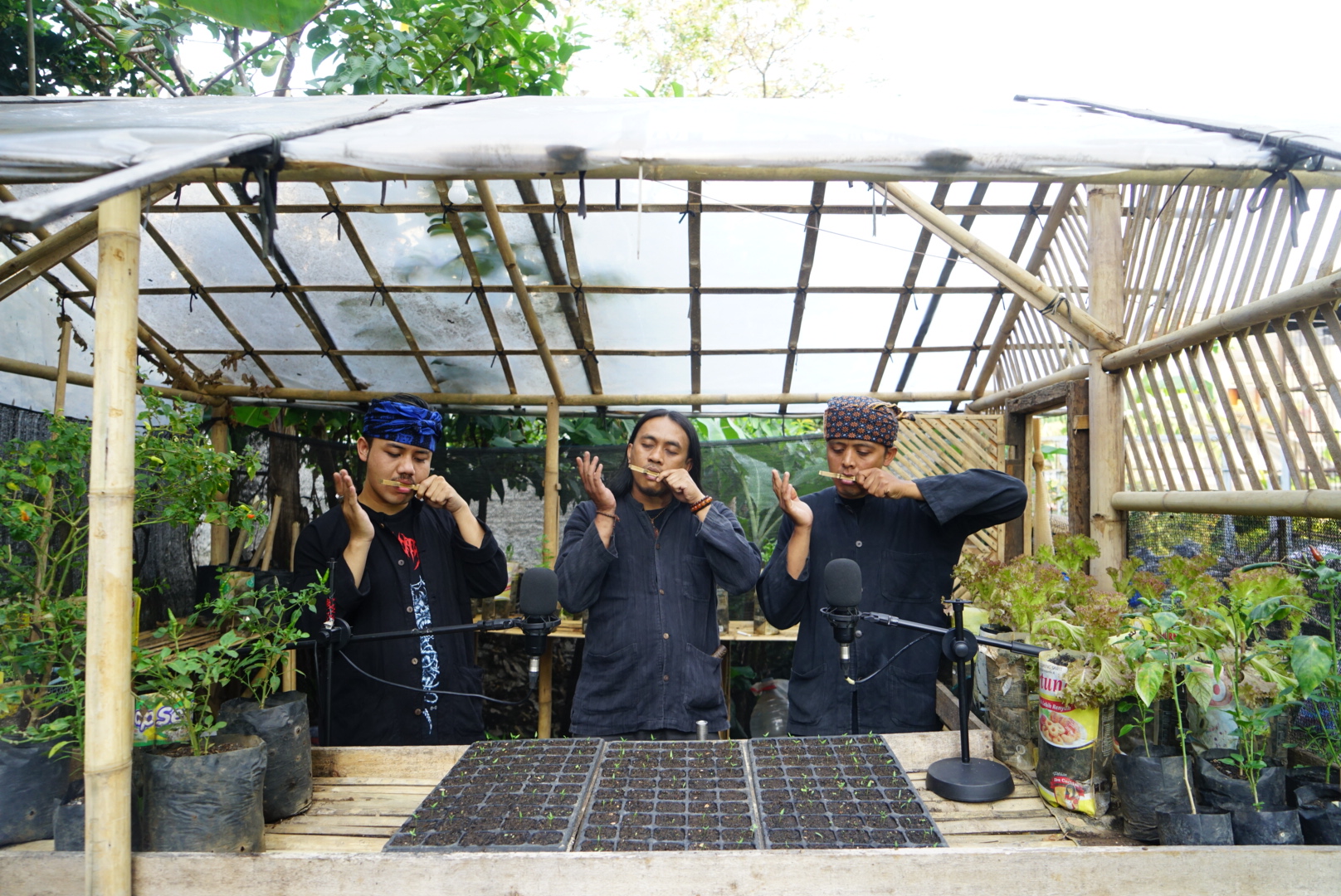 In a second phase of Driving the Human, among the twenty-one concepts, seven have been selected by a board of experts, composed by international partners, to be prototyped through the next year. The nominated projects’ main fields of focus were interaction between human and bacterial forms of life, as in The Human-Bacteria Interfaces (HBI) by Anne-Sofie Belling, Bea Delgado Corrales, Romy Kaiser and Paula Nerlich, questions of sovereignty of national borders in non-human realms as in Monsters and Ghosts of the Far North by alternaA (Andra Pop-Jurj and Lena Geerts Danau); analysis on the capitalist-induced technological overproduction as in TRONS ‘R’ US by Akwasi Bediako Afrane; virtual spaces for commemorating Indigenous endeavours against Western greediness as in Virtual Sanctuary for Fertilizing Mourning by Eliana Otta, or the reactivation of traditional forms of knowledge exchange and communication, as in Sedekah Benih (Giving Seeds) by Vincent Rumahloine and Mang Dian; discussions about ethical labor for datafied wild animals in The Backpack of Wings by Hyeseon Jeong and Seongmin Yuk, or computational resources for processing climate chaos as in Do AIs Dream of Climate Chaos by Iris Qu 曲晓宇.

Within this trial of futures, of special interest and entitled to a mention is the project Down to the Economy by Vienne Chan and Katja Meier, where an economic system is speculatively reorganized following the perspective of the disabled, and the satirical bittersweet tones of Planetary Personhood — A Universal Declaration of Martina Rights by Nonhuman Nonsense, which problematizes the inevitable anthropomorphization of nature when portrayed by human language.

From the perspective of the audience, the festival was an occasion of aggregations of generalists and specialists, intrigued by the possibility of gathering and dreaming awake of more sustainable futures within the crisis of imagining a post-pandemic world. Nevertheless, aside from the generous intentions and the broad landscape, the general perspective of the visions, artistically techno-optimist, felt a bit neutral on raising issues on the economical-political interests which dictate the conditions of the environmental crisis and are ingrained in historical processes. However, what Driving the Human solicits is to experiment and blur the canonical approach to scientific research and speculative design, encouraging a bridge between the two with the imaginative agenda of the arts. And scientists know well that successful formulas emerge from within big margins of error, and this should never discourage the research.

What is desirable for the 2022 dissemination of Driving the Human and the seven projects nominated is to bring down prototypes to a practical level, instituting behaviours from visions, and to keep on being a think tank, but while becoming a school of thoughts open to everyone. After all, eco-social is first of all a modus of being and becoming in the world.

To Driving the Human full program navigate the website HERE.