I never imagined, during my short life, to be part of an already-at-the-edge-of-catastrophe pandemic. Sounds so middle age (1). Anyway, finally it’s happening, therefore this event needs to be scaled so we don’t get lost.

MACROSCALE: GET OVER MR. ANTHROPOCENE

Nature has started to attack their most ungrateful fragment.

Not suddenly though, this time there have been dramatic symptoms beforehand. The supposed threat of COVID-19 is a consequence of the perceivable environmental alteration, the fast and irreversible process of Climate Change, the starvation of species, the disappearance of ecological niches. COVID-19 is a moving capitalistic disorder, a well-tuned biological entity super keen to exploit the specific characteristics of the world we’ve created for ourselves. It is attacking at the core of our body, our system of failing connections, and our infrastructure of togetherness.

Clearly the pandemic of CODIV-19 is the natural rebellion to anthropocentrism, as it is implemented by the internationally motivated entrepreneur, by the tourist traveler, by those who fly continuously because of low cost companies, or relax on a cruise.  No refugee brings COVID-19 from the boat, but to him the borders are closed. Such is the virus, carried by the wind of environmental despair, those who, encouraged by the easy mobility of globalization, find themselves the bearers of it. As we can see, this chain of movement finally questions the understanding of Mr. Anthropocene as the absolute concept of humanity (2). The Mr. Anthropocene on duty, is gagged by the mask and punished into the self-retreat of a ridiculous quarantine, from where he can train his prepper skills and start to think about how “the simple life” could be nice.

Let’s try to spend one minute of reflection on this sad being of Mr. Anthropocene, the poor (probably man) who has been raised with an absolute and narrow conception of truth. He grew up in the sticky confusion of progress, where the info-sphere is the protection of the powers and the prosthetic memory of the subdued. And the Noosphere was fed by a structured detachment from every possible Nature.

Mr. Anthropocene has slowly carved around himself an ultraworld, a human universe and in the end, an only-human future. 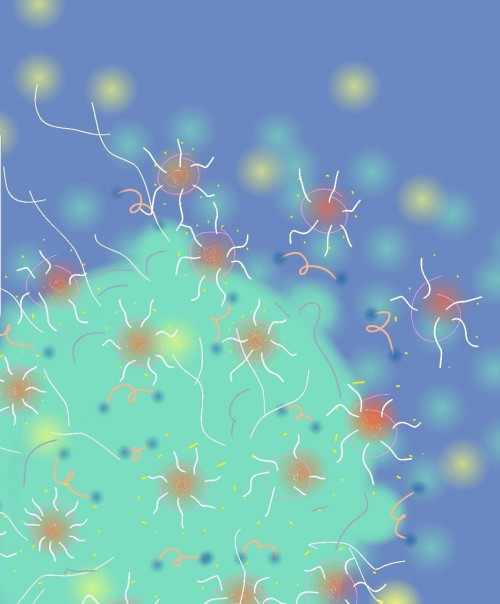 For some of us, the precariats, nature is failing twice. Once on the environmental macroscale and then on the societal middlescale.

The catastrophe is doubling for the many of us who are losing our jobs, finding ourselves in that kind of unemployment that unties you from every net of hope and support.

Freelancing was never my choice. It was an out-out, an imposition from the ARTISTCOMPANY I was working for. I gave away my economic security for a notorious name, which embodied a set of ideas I related to, and let us speak bluntly; allowing the company to give itself a tax exemption.

In exchange, this ARTISTCOMPANY— instead of embodying an infrastructure of heterogeneous collaboration and social solidarity between major classes and interests necessary in this unstable and shifting moment, as Gramsci pointed out— has chosen to self preserve.

What a stupid pick, self-preservation! When the world as we know it is crumbling down!

Indeed firing at the edge of the catastrophe is like pushing someone out of the ship when the storm is already raging.

Choosing the cultural field as a career path is to choose consciously, to embody a system conceived at this state, is to choose self-precariousness, and become an economic precariat which means allowing bio-political control in every aspect of life.

It means ineradicably to be the frailest link of the chain in a welfare that is the furthest possible from a commonfare. 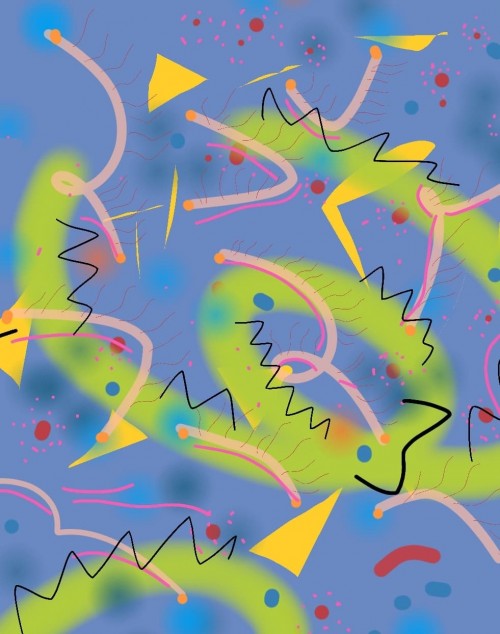 Choosing a path to security in the cultural field, Dalia Maini, 2020

So Capitalism made me part of the creative, fancy, witty, middle-class precariat, while one of its embodied consequences, the virus COVID-19 forced me to become an unemployed 27 year old, with zero experience except in the culture sector, in an atmosphere of disaster that will need quite a lot to reestablish new priorities, meanings and places to the cultural system.

Capitalism is killing me, not because COVID-19 can take my life, but in the long run it takes my wage. It takes my chance to build a solid ground for the futures.

I feel a lot of sadness more than range, and in some ways I want to justify this decision of dismissal. Because on the middlescale of society, where the art-system is just a trivial grain, this ARTISTCOMPANY is being affected as well by the ending of the world. We are all in a system of codependency.

I was just seeking for a different management, because my employment termination has been a defeat in values. The values of ethics and adaptation, and interpersonal attunement.  I have always followed, since now, my values and not a career.

But also I was thirsty for an affirmation of empathy, from the upper rooms of the studio, where me and my colleagues were asked to go for the final judgment. I was expecting that the values embodied by this ARTISTCOMPANY were more than an aesthetic, more that some glossy-messy websites, chair activism or worldwide records, but a political statement and practice when needed.

Keeping someone, with the minimum, asking for the collectivity an act of solidarity, means hard times, but mostly means CHANGE.

Since institutional re-design rarely occurs from the top especially in an economy and not culture-based system. People like me, we are a one time crowd while a change in institutional behavior always happens after a long time of individual pain.

But that’s the life we know since the beginning dudes.

We misread the whole endeavour.

On the other side of this catastrophic macro/middlescale world, very precious micro-cosmos exist and unexpectedly flourish, represented for me by my colleagues, friends, and beloved. My microcosmos of affective and effective infrastructures. They have got my back since the beginning and will until the end, creating a safe space, a chamber of resonance and tears. Together with A, R, SM, L, G, E, we were a team of regrouping for affinity and not expertise (3).

We understood the importance of collaboration, intrinsic motivation, appreciation, shared dreams and belonging as driving the meaning of our existences.

In this sense we as creative workers/charmant precariat can be the active agents of Commonism, the act of practicing a forbidden love.

As young and lively commoners we can demonstrate that “structural collaboration and intrinsic motivation are not only suiting the human condition and its balanced relationship with the environment, but are also a legitimate fundament for a new economy as SIDE-PRODUCT OF A SHARED CULTURAL ENVIRONMENT” (4).

We are the agents of the culture that needs to give new names to things (through massive collaboration). Reshape the ideologies and visceral connection between the many factors and textures, and consistencies, and tastes, and believes, and colours, and bodies, and feelings, and forms of lives, and forms of not-life, and clouds, and genders, and technologies.

Did you recognize that one of the causes of the endemic spread of COVID-19 is the uniformity of our institutional/decision-making and immunity system, high connectivity and high uniformity that combined can create large systems – such as our global financial, energy, food and information systems – far more susceptible to rapidly cascading change" (5). Instead of uniformity, it’s time for defining and diversifying.

Hey you comrades! We can activate The Worlding Process!

“don't tell me there's no hope at all

Together we stand, divided we fall”(6) 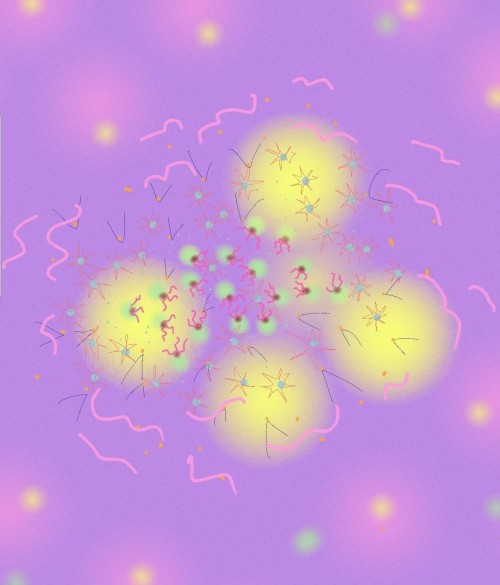 This virus, one of the many which beautifully inhabit our only human world, is in some ways my friend. It has forced my radicalization towards distrust of institutional powers, and has lightened up through a chain of displacements and disorientations these corridors of ANGER and JOY that I was scared to take.

This virus will nourish and train my skills in surviving in a state that has become of exception, although deeply entangled in the everything of things, from the breath of everyone and experienced by the many.

This virus inhabiting our habitat, hopefully will continuously ignite the sense of urge that now is pushing, pushing, keeping us moving. Keeping in mind and in the body this virus we can transit in the end of the world as we know it, acknowledging that this end is a starting point.

This COVID-19 can actually save Mr. Anthropocene on various levels, among which will be recognizing his badly used privilege. Forcing him to recognize his only anthropocentric and non-anthropomorphic false understanding of history, understanding that the many of us, needs to be a multi-species assemble in order to gaze around the possibilities, and to move a step forward.

While the vital space of the virus is getting broader and ours is getting narrower and narrower, we need the expertise and the dreams of all.

In this spirit, this text is a call for action, participation, discursive engagement, sensitive feel…Commonism in the process of reshaping values.

Let me know if you hear of a job possibility.

Dalia can be reached for said job possibilities, here. Letters from Workers is a format both in print and online where AWC asks workers to synthesize their cultural moment as it relates to labour movements.