Collected Stories of Creativity in Isolation

Liu Fan is an artist from Wuhan, China. She and her community have been in quarantine for nearly 50 days, the city has been on lock down since January 23, 2020. 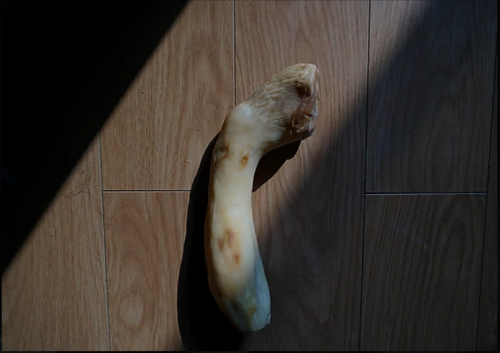 "In the days of staying at home, the most important thing for the daily life is the food." From Liu Fan's series, Isolation, Wuhan

"Recalling more than a month in quarantine, the most terrible thing is not that you can’t go out of your home, but the fear and uncertainty the situation brings. From the time the City of Wuhan was locked down until early February the pneumonia epidemic is completely out of control, due to the serious overdraft of medical resources. Human fear is not only the fear of the great power of nature, but also from the inner fear brought by the uncontrollable state. This kind of fear is like an endless abyss, swallowing people's consciousness. From anger, abuse, complaint to despair, it's not the virus that kills people. The most terrible thing is the fear that is out of control. Previously, we thought that there were not many people infected in Wuchang (District in the south of Wuhan), because most of the initially announced infected groups were near the South China Seafood City of Hankou railway station (The market thought to be the first source of the Virus).

On the 4th February, each community in Wuhan announced the number of people infected and suspected to be infected. There are nearly 20 infected and suspected infected people in our community. There are 5-6 people in our building alone. Within two days, two people in the community died of pneumonia. Suddenly, a strong feeling of waiting for death at home came into being. Life can't see any meaning. To live is to die at home. I seem to see an emotional death. This kind of change in mentality is beyond the experience of friends who are not in Wuhan. With the encouragement of my friends, I gradually came out of this emotional haze. I began to focus on artistic creation. Art has the function of healing. Part of the process of psychotherapy with art is to arouse creative energy and vitality. So, creativity and treatment overlap. In this way, I feel that I have cured myself with artistic creation." 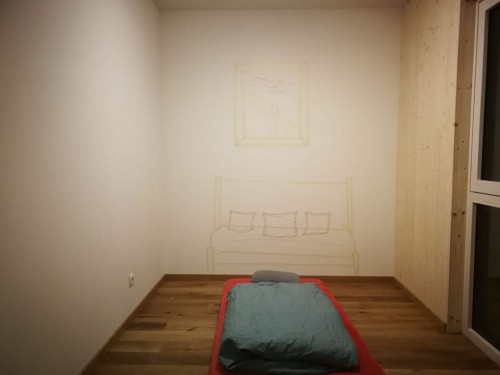 Shirin Hooshmandi, A Home out of Tape, Austria

Shirin Hooshmandi, a film student, was traveling from Iran back to Austria. While in Iran she got a cold and is now sitting in Austrian quarantine, without any information of how things are going to continue. Before her quarantine, her house had undergone construction so she is now in a relatively empty apartment. To make up for the missing furniture and to make her place feel more like a normal home she has gotten creative with some tape. 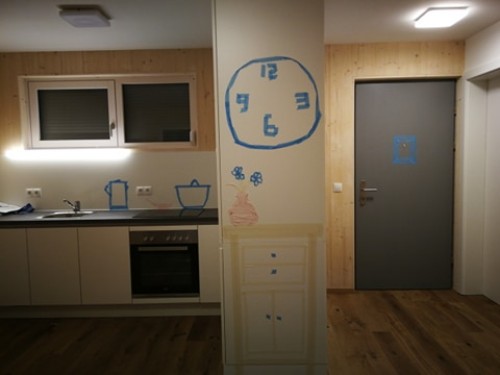 Shirin Hooshmandi, A Home out of Tape, Austria

Pei-Ying Lin currently lives in Eindhoven, the Netherlands. Coming from Taiwan –a country that experienced the outbreak of SARS in 2002 and is excluded from the WHO– she first learned the news about the current virus outbreak around the beginning of January when she was visiting Taiwan for Lunar New Year. On her way back to the Netherlands, everyone was wearing masks and using all kinds of protection methods. The past experience with the SARS outbreak captured her interest in the essence of viruses. She has been working on the topic of viruses since 2010, discussing the possible future of human-virus relationships. ‘Tame is to Tame’ is one of her three virus projects and asks the questions: How we can tame the viruses when we are unable to develop vaccines? "Can we tame the viruses? Can viruses tame us?"

"Viruses, semi-living entities that not just affect human health, but also evolve via the medium of the human body. Throughout history viruses have integrated themselves into our genome and became a part of the ‘human’. They evolve, and we evolve with them. Our immune system as well as our technology evolves and they evolve with us. This deeply intertwined relationship between humans and viruses, and the blurred line of living and non-living is one of the deepest driving forces of evolution.

Meanwhile, mankind treats viruses as enemies. The language of virology and public health is the language of warfare. Individuals who carry the virus are considered the vehicle of the enemy and should be quarantined. Our sole goal is to eradicate the viruses. Smallpox and Rinderpest are the only viruses that were successfully eradicated, but not without risks. Viruses remain present in the storage of some labs and represent a potential threat because we no longer vaccinate ourselves and nobody in the world has immunity towards it.

Within this project the artist and the scientist try to find out if we can treat the viruses, that are not likely to be eradicated, as if they are wild animals and build a controllable bond with them. In other words - to tame them. Domestication of wild animals not only changed the animals, but also human culture. Is it possible to befriend/observe viruses that remain dangerous from a safe distance, like the virologists have been doing for decades? Can this relationship be extended to the general public?

Tame is to Tame is a conceptual ‘dance’ between humans and viruses (particularly Norovirus) and explores an alternative human-virus relationship in depth. The virus-taming program is built upon virology research and shows people an alternative way to look at the ‘invisible and inanimate’ viruses – which we consider as enemies – and illustrates how these ‘agents’ can redefine the cultural definition of human and individualism."- From Pei-Ying Lin's Tame is to Tame. 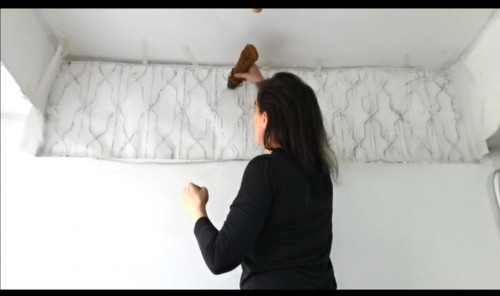 Elizabeth Briel is a painter / printmaker and installation artist in Hong Kong. Her day job is artist-in-residence at an international school, all schools there have been closed for 5 weeks and will remain closed at least another 7 weeks. "A photo of me working on a project during my semi-quarantine: tracing the windows and lattices of my vintage Kowloon apartment, where air circulates. I think of this aspect of architecture like the lungs of a structure, buildings breathe like we do and at the moment it feels like a poignant way to view the walls that surround me." 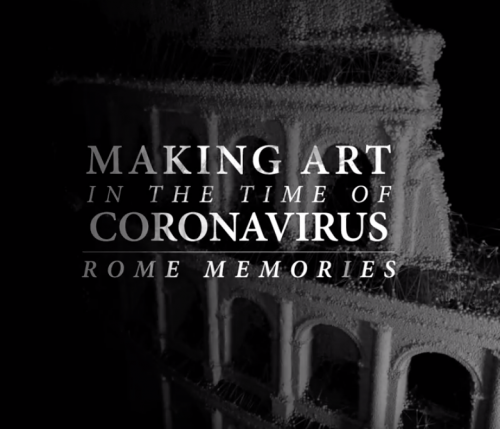 Matteo Martignoni works and produces in the field of public art by creating visual and immersive sculptures through the parameterization of data and by human society, in particular his works explore the space between digital and physical entities creating a hybrid relationship between human culture and multimedia arts. In recent years, his research has in fact mainly focused on the relations between man and planet, society and the future. His artistic path develops starting from problematic thematic areas, which have stimulated the media interest globally, or even partially. Making art in the time of Coronavirus

"Making art in the time of Coronavirus" is a side project of In Memoriam, a multimedia installation composed by several digital paintings representing individual and personal memories of places, non-places and artifacts related to the territory and its culture using virtual representations based on the photogrammetry of those real places. This research aims to deepen the anthropological connection between human beings and places, highlighting possible new scenarios created by the community’s memories, revealing connections and different points of view of the territory taken as a case study. It also aims to make the people aware of the importance of the memory of a place and its life cycle, longer than our lives but anyway limited. A place is born, transforms itself and then decays. Martignoni wants to produce new mnemonic material useful for the conservation of culture. 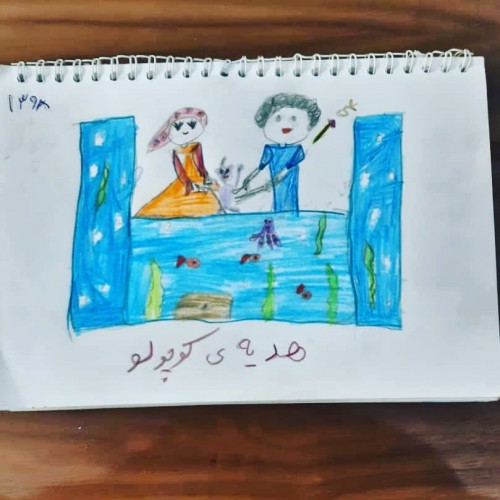 From the nephew of a player from the Shadow Theater Company, Iran, shared on their Facebook

Many countries will continue to struggle under the pressure of the virus, forcing many artists to get creative in other ways. This is a story from Shadow Theater Company in Iran.

The situation of coronavirus elevated in Iran around February 20th and right after that it exploded resulting in the suspension of different flights from/to Iran. Several airlines suspended their flights momentarily at first, though have cancelled their services long term until further notice currently. The situation also resulted in the closure of Cinemas, Theaters, and Cultural Centers; hence many artists have decided to initiate new ideas to keep people at home and safe in order to break the cycle of spreading the virus.

"It all began thinking of several characters talking based on the names they’ve given. We thought to share the base of the storyline through live streams with children and then let them surf on the story and wander in its magic. It’s amazing how one could dive into the creative mind of children, especially when we all share the same experience that might boost this creativeness; The Quarantine. We are planning to teach the children through these videos, how to make a character, how to design the lights and set and how to make a show, along with entertaining ourselves. All we need is your will to share these stories with your children, make a puppet with anything you’ve got at home, bring a character to life and let it wander in our magic land." This is a learning and participating project initiated by Amir Abbasian and Ramin Cohen, members of Shadow theater company based in Iran. Find their project and videos here.