On living the dichotomies of China's hyper regulated society.

China, as any other big country, has many contrasting social phenomena. One of these can be observed in coastal cities between postmodern, steel-glass high-rises and improvised urban villages. The latter were built by villagers several decades ago to rent out houses for small workshops and dormitories to migrant workers who poured into the newly developing industrial centers on the coast. The villagers are organized in village committees which have a high degree of autonomy from the municipal governments, so no municipal bureau of urban planning could interfere with the villagers’ improvised architecture, and no firefighter could enforce fire safety preparations. The results are houses built so close to each other that you can literally shake hands across alleyways. Hardly any sunlight reaches the ground floor or street corners. These villages still offer the cheapest rents. They were built by village households, and are populated by working class people. In the evening, when people return from work, the small streets and alleys become bustling and cramped with BBQ, noodles, soup and numerous other food stands. The same agility, creativity and talent for improvisation that drove the construction of these villages and the rapid industrialization is still alive since the nineties.

In many coastal cities, urban villages are being knocked down to make room for new high-rise and high-price residential complexes that are planned by powerful government bodies and built by giant real estate developers and state owned enterprises with massive machinery and capital. The apartments are very expensive. The restaurants around these office towers and condominiums are dominated by chains and often the only shop within close vicinity is a franchised convenience store such as 7/11. Here, everything must follow – or at least pretends to follow – the Standard Operation Procedure.

Many young people live in urban villages. They might work in supermarkets, as cleaners, office assistants, delivery workers, accountants, graphic designers or programmers. They cannot or prefer not to afford other lifestyles– not because they want to save money and buy a modern apartment, but since they will never be able to afford one in the city center, they hope to buy one in the outskirts of a smaller or bigger city. But since housing prices keep rising faster than wages, the dream of owning a flat is for many a carrot dangling in front of them, but forever out of reach.

This is what people started to call Neijuan, or involution: no matter how hard you try, you’ll never be able to grab the dangling carrot. Neijuan is used to describe a social phenomenon. People suffer from it, but all consider themselves too powerless to do anything about it. One may work many evenings and overtime, without achieving a promotion or job security, since everyone else does the same. Or one might study hard and do extra homework until well after midnight, still being average because others are haunted by the same fear of losing out. Everybody pushes themselves to run faster only to not fall behind. And even when winning a prize, then it’s just another off-the-shelve merchandise from a chain store or franchise restaurant: nothing special. Neijuan in China is broadly acknowledged and a common topic of complaint, like the weather or the taxman. Parents often complain about Neijuan in the educational rat race only to disguise their boasting about the extra-curriculum ballet, piano, oil-painting and karate classes of their 3 year old daughter;: the only thing that is worse than Neijuan is to underperform in the Neijuan society. 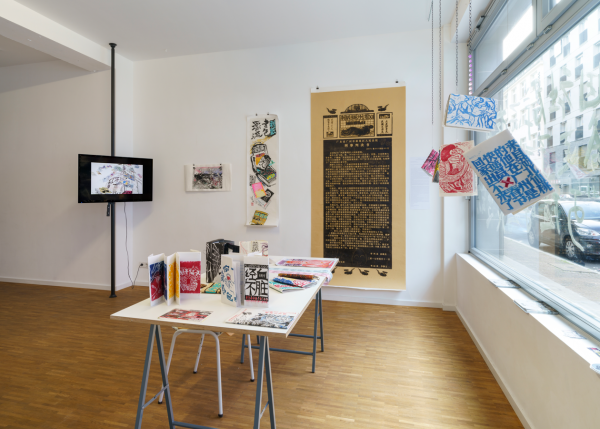 Tangping, on the contrary, is a verb that defines the activity of intentionally not participating in the never ending competition of Neijuan society. Tangping is a withdrawal, not a rebellion. It means to individually avoid stress and pressure as well as to make free time and hang out with others, find like-minded friends and create space for thoughts beyond the treadmill of Neijuan.

The government, to no one’s surprise, hates Tangping. Like any other government, it wants its people to work hard, pay tax, have babies and grow the economy and the population. But the secret behind Neijuan and Tangping is that one is the enabler of the other due to social inequality.

In a highly unequal society such as the Chinese, poor people have to make due with very little income and they rely on cheap housing, food and ways to meddle through. If they could not find cheap housing affordable with their low wages, they would demand higher wages or withdraw their labor from the expensive coastal cities. In order to maintain the lucrative cheap labor market, the government tolerates and protects the cheap living spaces for low-paid workers such as the urban villages or the even much cheaper villages in the countryside. As long as social discontent expresses itself only as Tangping and not as an open rebellion, little can challenge the Neijuan order.

It is in these urban and rural villages where it is quite easy for young people from better educated strata and cities to stop working for some time and get by on little money, stretch their savings and stay out of work. So, for the sake of low-paid labor, the same government also provides the living environment to Tangping.

We have seen how the postmodern steel-glass skyscraper symbolizes the treadmill of Neijuan compared to the bustling life of improvisation in the urban villages. But economically, the dearth of space inside the urban villages is itself involution. Here, small workshops are squeezed in tiny rooms or under low ceilings. Lack of space makes work harder and less efficient, and this is made up for with additional low paid workers. Instead of widening the roads for trucks, goods and heavy material is transported on motorbikes or rusty old tricycles. This also leads to more work accidents.

The urban village contrasts with the Neijuan urbanism of steel-glass skyscrapers, it bears much resemblance with the agrarian involution Geertz [see side note on Agricultural Involution] describes for Indonesia. There, land was limited and in order to increase yield for the growing society, more labor was spent on the small fields. The yield per unit of land increased, but the yield per unit of labor did not or even declined.

For the Chinese government, “development” is key. It is front and center of any story of propaganda, justification and legitimacy. Economic involution must be avoided. But since the Great Financial Crisis in 2008/09 the government has been substituting organic or demand driven economic growth with large scale infrastructure projects and real estate bubbles. Almost half of China’s GDP is spent as investment compared to less than one fifth in most other countries. And most of this investment is directed by the state or state banks. Private consumption as a share of GDP is the share of economic output which Chinese receive as wages and other incomes and decide on their own on how they want to spend it, is just over one third compared to well over half or up to two thirds in most countries. Both numbers, the extremely high share of investment and the extremely low share of private consumption explain why most of the economic development in China is directed by state entities and giant private companies and not by private consumption preferences.

This also applies to gentrification. The overarching force behind gentrification which makes urban space more expensive and drives out low-wage workers are government development programs. These would designate an area or an entire urban village to be knocked down and redeveloped with high-rises, shopping malls and residential complexes. Private consumption from higher wage earners moving into poor areas and driving up prices can also be observed in some areas, but plays a much, much smaller role and is itself often linked to larger government projects. Without such links, I have observed little of this private consumption driven gentrification so often talked about in European Western cities.

Involution, fear of falling behind, skyrocketing housing costs, education rat race… this will sound familiar to readers outside of China. But there may be a different level of involution in China. Just to point out two aspects: average housing prices as compared to average annual salaries are three to four times higher in big Chinese cities compared to pretty much all the rest of the world including expensive cities like London, New York and Sidney. The cost of raising a child as compared to GDP is similarly three times higher compared to the global average.

Now coming to the artists from Guangzhou whom we invited to Frankfurt. They live in Xiaozhou, which is one of these many urban villages in the coastal industrial center of Guangzhou. It experienced a little gentrification ten years ago, but then gentrification stagnated and did not cause significant rent increases or changes to the appearance of the village. Like other urban villages it is by no means an utopian land outside of the Neijuan society. But the rents are cheap and so the pressure is much lower. Many friends and young artists find and create space for collective activities, among which one has recently been to reflect and discuss the social pressures of the Neijuan society. 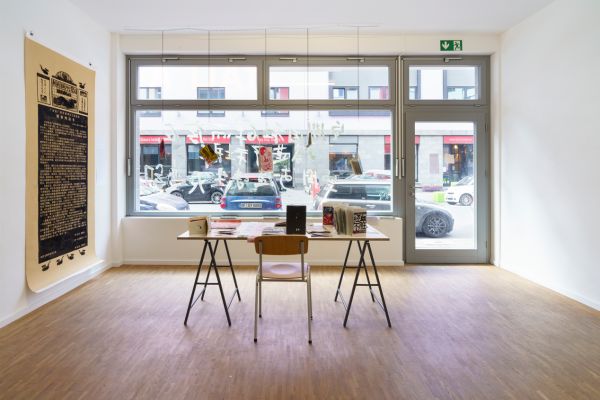 This article is part of Escaping Involution, a collaboration between HB Station, Guangzhou (CHN) and Synnika, Frankfurt/Main. Synnika is the official pick-up station for Arts of the Working Class in the central station district of Frankfurt/Main. For more information visit www.escapinginvolution.com and www.synnika.space

Banner: Prickly Paper by Yifei Chen and Feihong Ou currently on display at Synnika in Frankfurt/Main until July 8, 2022