Distinguishing social critique from judgement of taste through an initiative of galleries, institutions and off-spaces in Munich.

One hundred meters below water, Alexey Molchanov falls into a galactic darkness. The mollusks around him look like comets beneath his lantern and, with his eyes closed, he arrives at his goal: the 130 meter depth mark. I hold my breath as he glides back to the surface, followed by the soothing melody of a cherokee flute, until the voice of a woman describes a chimpanzee’s grief at the death of its mother. “We interfere in animals' lives, but we interfere in each other’s lives, too”. Dominique Knowles’ video Tahlequah“ (2019) at gallery SPERLING is a tribute to the profound companionship of animals and their capacity to mourn and show empathy. Among them are the eponymous orca, who carried her stillborn calf along with her for seventeen days, or Flint, a chimpanzee who died out of grief for his dead mother. 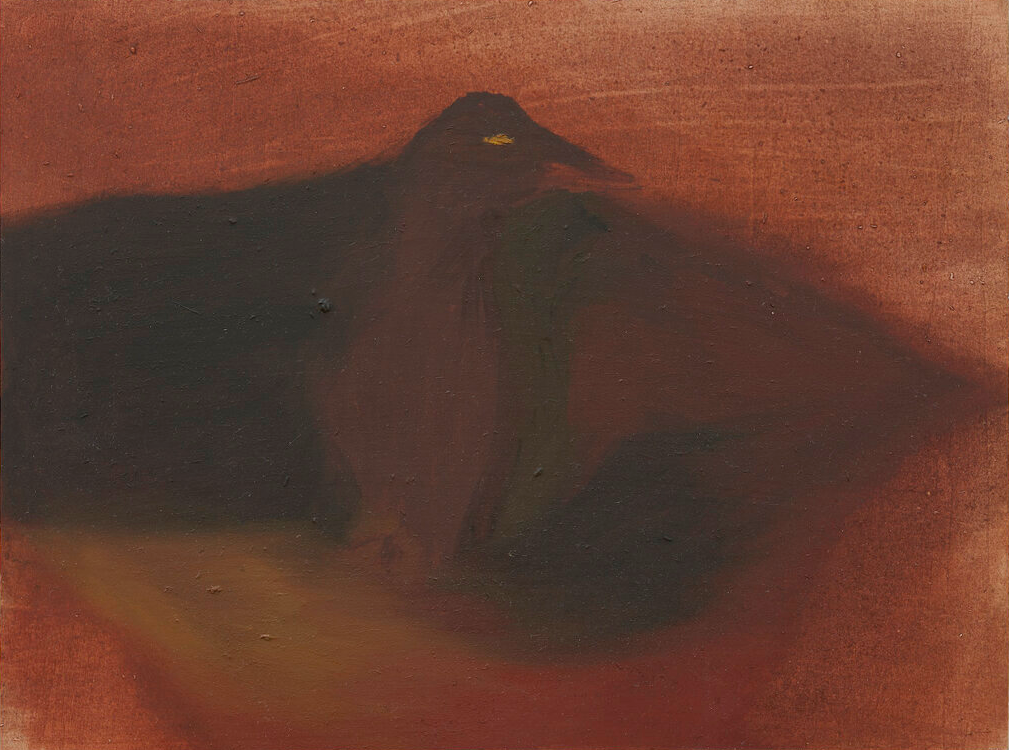 Dominique Knowles The Solemn & Dignified Burial Befitting My Beloved for All Seasons, 2020 Oil on panel 30,4 x 40,5 cm, Courtesy of the artist, SPERLING, Munich and LAYR, Vienna

Talequah sparks at the same time the axe of the group show between Knowles, Lena Henke and Megan Francis Sullivan, hosted by Johannes Sperling and Emanuel Layr, and a beautiful point of connection to ride upon “Various Others”, a cooperative of institutions, commercial galleries and off-spaces that serve, stuffly put, as a “promotion of the external perception of Munich as an art scene”. Sperling, who organizes the festival together with Tim Geissler (director of Jahn Galerie) and Sarah Haugeneder (director of Espace Louis Vuitton) among a board of curators, dealers and artists, ties the fundamental purpose of serving the exhibition format in the middle of a pandemic together with a demand to intensify art’s role in society.

But can an initiative like “Various Others'' convert exhibition spaces into spaces of analysis for the non-financial social assets of the arts while perpetuating its original idea of self-exploitation and deprivation under aesthetic imperatives of a ruling class? Artist Ralf Homann would say so, but only through the localization of meaning. In “Responsive Curating” at Kunstraum, Munich’s most solidly discursive and plurality-driven association of curators, localization (lokalisierung) is brought on not as an exercise to avoid a Benjaminian search of an aura in object-fetishization, but rather as a mutual receptiveness beyond a single specific place or explicit cultural context. Like the dress produced by a fabric worker for the brand new H&M store in Bengaluru which was then turned into a sculpture by another tailor in town, and then brought in a suitcase by Homann himself to the artist who handled the instructions, Ina Ettlinger. The result stands between documentation of instructions that didn’t work out and a collection of postcards that Vichar B N gathered from Munich’s tourist hotspots, where the clichés of the city reveal a brutal sexism (beer-soaked beards and voluminous decoltèes), while cultural sites remain invisible. 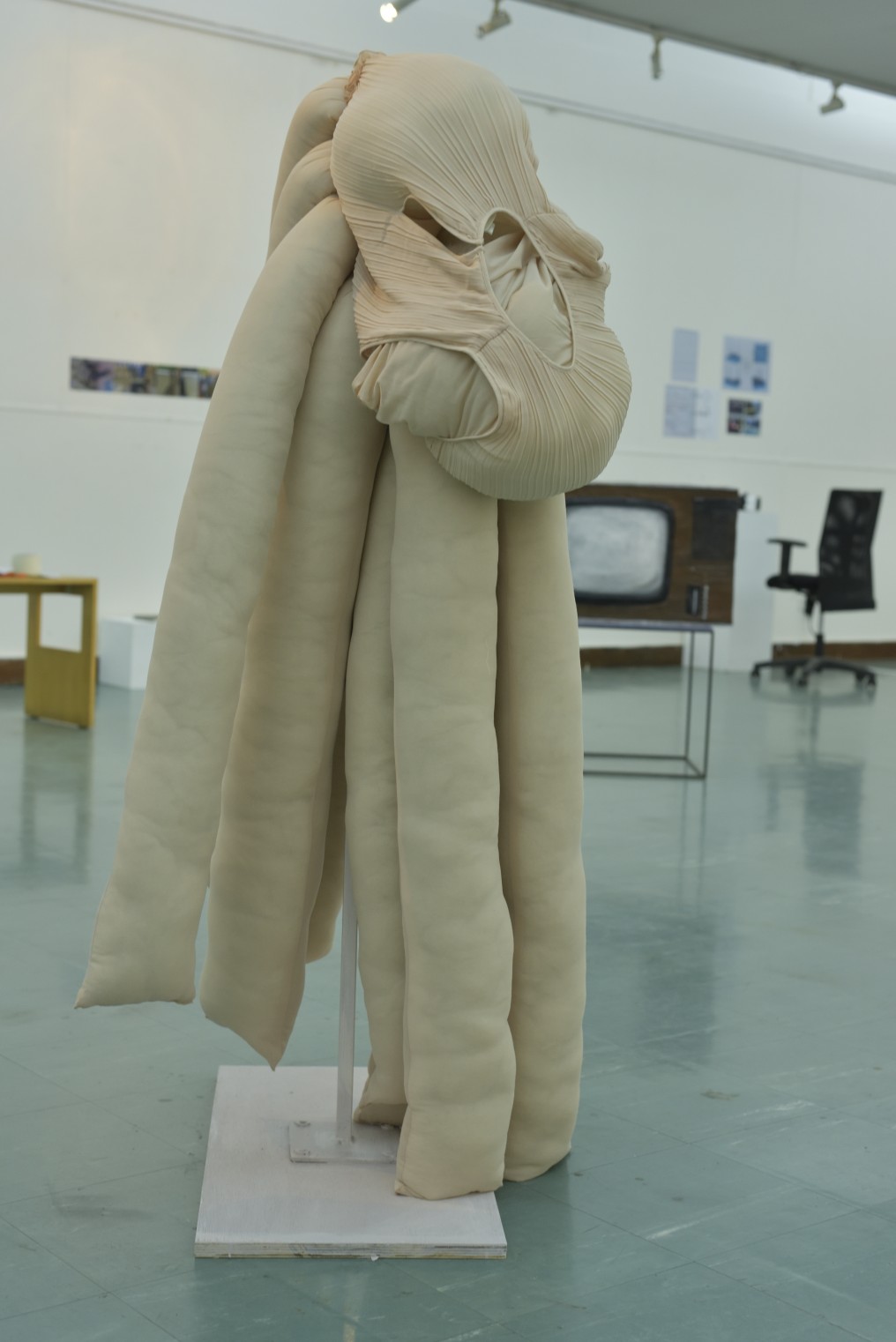 Ina Ettlinger, Untitled, 2019, Courtesy of Sandeep and the artist

Together with Uwe Jonas (studio im HOCHHAUS, Berlin), Suresh Kumar and Surekha (BAR1, Bengaluru) artworks are created by instruction: one artist’s idea is materialized by another. This exercise, the core of the show, refers less to the means of reproduction than of representation. Representation here is not an imperative, but an account in political decision making. If this is true, a question immediately arises: What does art produce between people, between the cities of Bengaluru and Munich and, again, the pandemic, that can be localized from afar? Open to the wishes, expectations and interests that are activated within the common ground between these two parts, the curators balance the notion of responsiveness as both a behavioural capacity and a technological question.

Connectivity is also a question that the collective gallery initiative “Various Others” has been exploring for the past three years. But today, “Others” has become an inappropiate subject of self-definition. Othering remains today as a product of a benevolent definition of cultural profiling. “Munich and the rest”, it could be read. Or “Munich and its various protagonists''. But what the heads behind this initiative want is to depart from personal relations across the rhetorics of survival. “Various Others” thus disembogues into a micro-ecosystem where institutions, galleries and self-organized project spaces help each other through the bureaucratic labyrinth of Munich’s city art council in an attempt to change its provincial fundamentals and to educate its structures about the need for sustainable financial support for alternative models of trade.

“Munich, if it wants to, can have it all”, says Eva Huttenlauch, director of the collection for modern art at the Lenbachhaus Museum, where Sheela Gowda, another artist from Bengaluru is having a mega show. With a massive institutional record, the artist’s works follow another economic path. Her room-filling installations, which create an apotheosis of specific materials exported from India, make their way around the world before landing in Munich, with the purpose of recreating the texture, color and smell of the streets. With Gowda’s blast of urban poetics, it feels cozy in the regularly cold subway mezzanine of the Lenbachhaus’ Kunstbau. Cow dung, kumkum powder, coconut fibers, hair, needles, threads, stones, tar barrels or tarpaulin charge the value that the works at Kunstraum may lack. However, the way that working conditions, production cycles, urban infrastructure, traditional and modern life are less convincing in Gowdas surfaces than in the rough and nude challenges placed in „Responsive Curating“. Museal curating nevertheless exposes the beauty of the patterns and rhythms of cars, passengers and residuals on an imposing scale. Lenbachhaus demonstrates its social and economic wealth proudly, especially next to the current show of its acquisitions together with the KiCo Foundation, which has supported the Lenbachhaus’s efforts to bring contemporary art to the public for over twenty years. 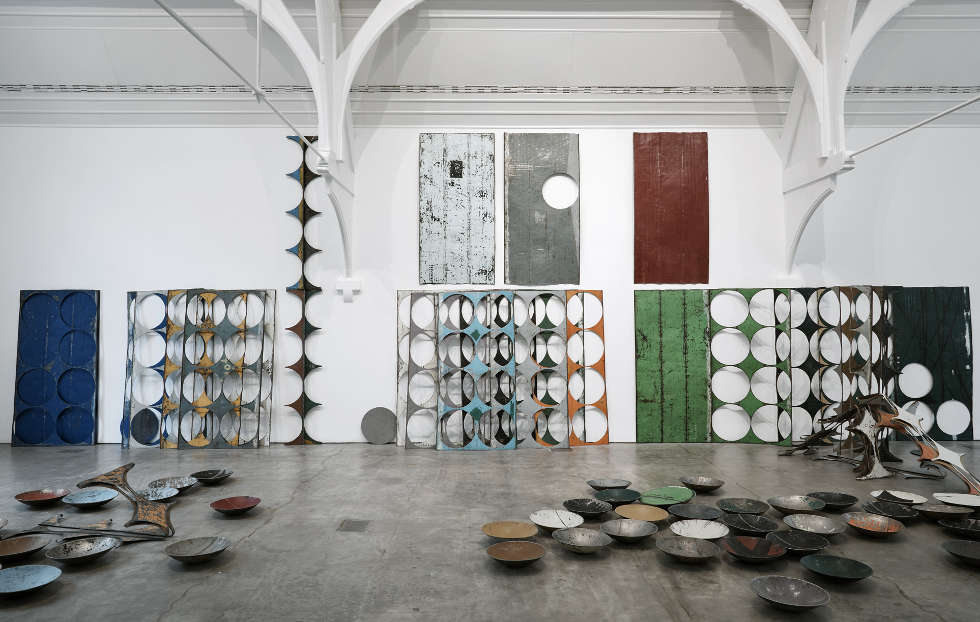 The weight of art production can be also held in a flyer, like artist Andrzej Steinbach, who, unable to produce a specific piece for the show, turned it to multiples for Fructa, one of the last bastions of artist run spaces in the city. Together with Briefing Room, a space in Brussels dedicated to negotiations, conferences, and artistic presentations, Quirin Brunnmeier, Fructa’s founder, Steinbach and Steffen Zillig address the reuse and further processing of social and cultural artifacts in “Industrial Music”. Focal points of the exhibition are a doorframe taken from the former Registration Authority for Foreign Nationals in Leipzig, and the romantic inventory of warped screws and traces of past exhibitions, “individualizing”, geekily, every bit of effort. A polyphonic atmosphere puts the space under tension between the chiming door frames, the portraits, the screws, and an impending dress made from a transparent fabric formerly used as a parachute. Hanging on the wall, it’s impossible to not see this as an evident flirt with Joseph Beuys’ Felt suit (1969). 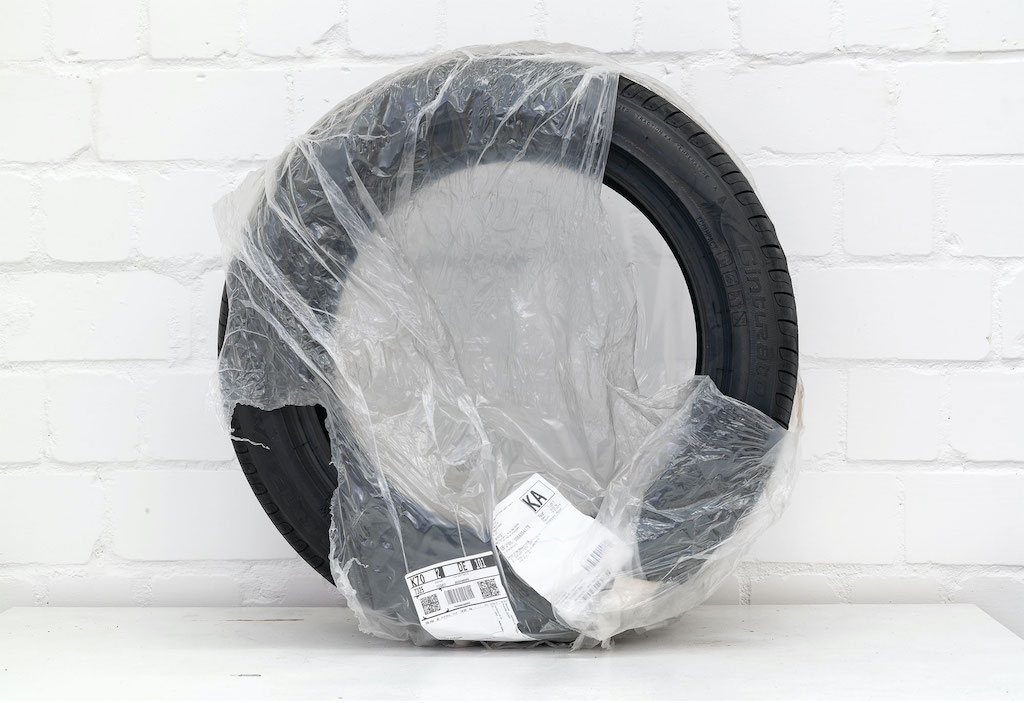 Felt is one of Beuys' best-known trademarks and the Felt Suit, originally made as an edition of 100 by then-gallerist René Block, is part of the Lenbachhaus and Pinakotheken collections and remains one of Beuys’ most memorable works. Beuys repeatedly pointed out the ability of felt to insulate and store thermal energy. This in turn acts as a catalyst for creativity, which for Beuys was the prerequisite for the social and intellectual development processes of individuals. So what is echoed in Steinbach’s phantom dress, or in the flower-filled ETON-fancy-pants that Angharad Williams hangs together with a pair of moccasins at the Kunstverein? 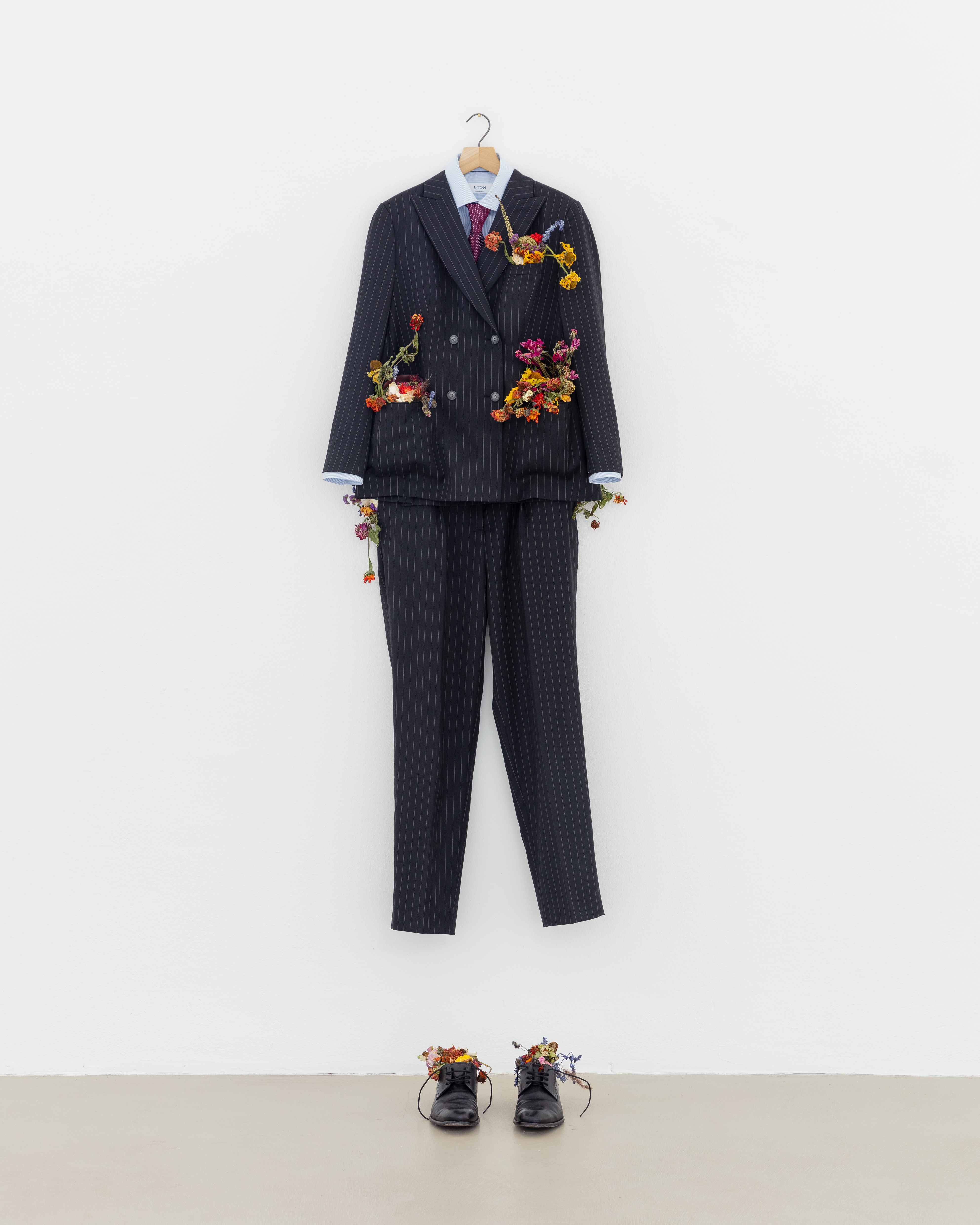 For the group exhibition „Not Working“, Williams’ My First Suit (2020), tailored by one of Munich’s best dressmakers, reenacts Beuys references to the meaning of isolation by quoting the Kunstverein’s immediate surround­ings and pointing directly to Munich’s deeply rooted classism. This point of departure in the exhibition curated by Maurin Dietrich and Gloria Hasnay on art production and the meaning of class, already inherits the affirmative historization of class entangled with the origins of the Kunstverein Munich itself, and mirrors the logics of inclusion and exclusion in this court society. Allures from the 18th and 19th Century are comically revisited by Laura Ziegler and Stephan Janitzky who play with the figure of the court jester, often compared to artists, as entertainers. The glittering garbage-can-costumes sing along to tales of economically precarious outsider beings, marking an arc of suspense between feudal fantasies, still recognizable in the capitalist-oriented systemic relevance of artists, and today’s precarious conditions in which art workers must deal with the ideological niches of enjoyment, style and luxury. 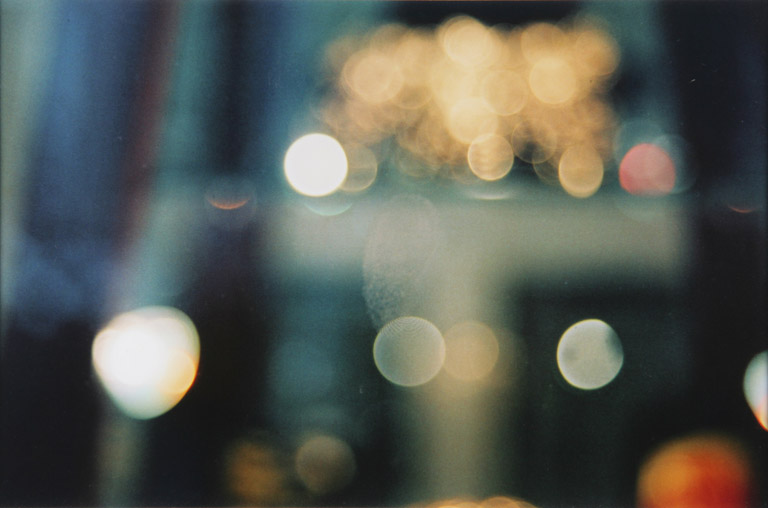 It is the series of photographs by Josef Kramhöller which reflect, as in a dream, his fingerprint on the windowpane of luxury shops on Maximilianstrasse. I didn’t want to refer to Holly Golightly, but since Lise Soskolne, co-founder of W.A.G.E. (Working Artists and the Greater Economy), narrowed the middle of the exhibition space with a painting of movie credits, here it is. In the early painting Characters (1999), Soskolne re­plicates a screen with film credits appear­ing to scroll up the canvas. They are the credits from the 1964 independent drama film Nothing But a Man which tells the story of an African­ American railroad worker in the 1960s who tries to maintain his re­spect in a racist small town in Alabama. “Not Working” feels like a dejavú of Saim Demircan and Bart von der Heide’s curatorial tenure in the 2010s, revisiting the critical discourses in niches like the ones born in Cologne, when the city was still the center of the art market. Yet the very broad collateral program of films, talks and lectures leads back to the beginnings of the almost bicentennial institution. 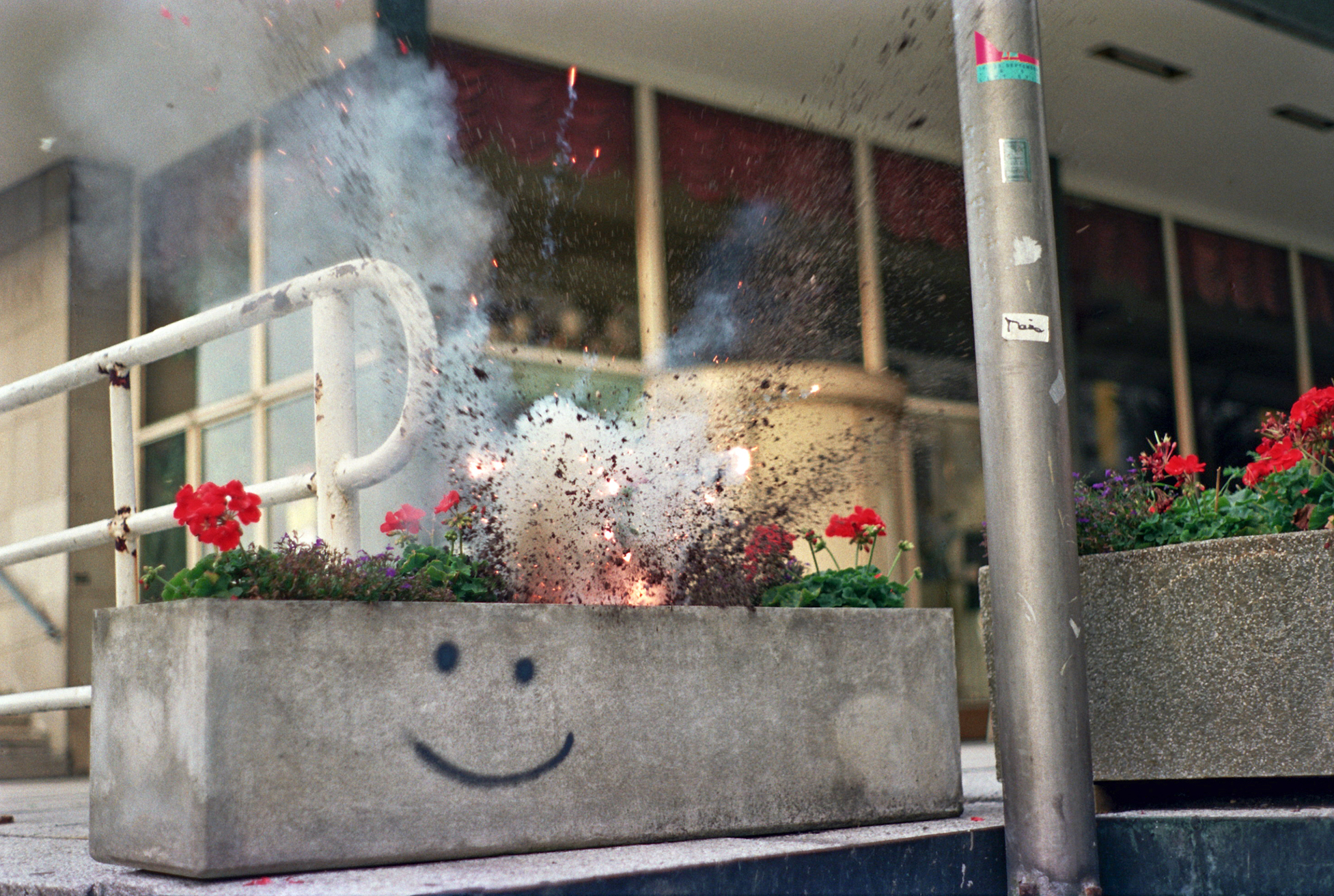 Cultivation ideals are easily forgotten at Schwabingrad, an artists’ bar and bastard child of two cardinal points of the Munich art scene: the exclusive Schumann’s bar and the spirit of Cold-War Germany’s anarchists, like Stephan Dillemuth. Schwabingrad is, however, an off-space that dealers Deborah Schamoni and Nir Altman opened as a sign of fraternalism in the city. Altman also opens with “Various Others” new rooms in Giesing, a former worker’s neighborhood in the lower east-side of the city, exactly on the other end of where Schamoni occupies a former family villa with her gallery. Altman, hosting galleries Sultana from Paris and Peres Projects from Berlin, displays a desolated garden within white walls, where the floating fabrics of artist and choreographer Paul Maheke, whirlingly connect to his spinning body on a screen at the entrance, constructing space, experience, and meaning by giving in to the spatial limitations and letting the space get caught up in the metaphorical perspectives of Rebecca Ackroyd and Ndayé Kouagou: urges such as belonging, queerness, blackness. 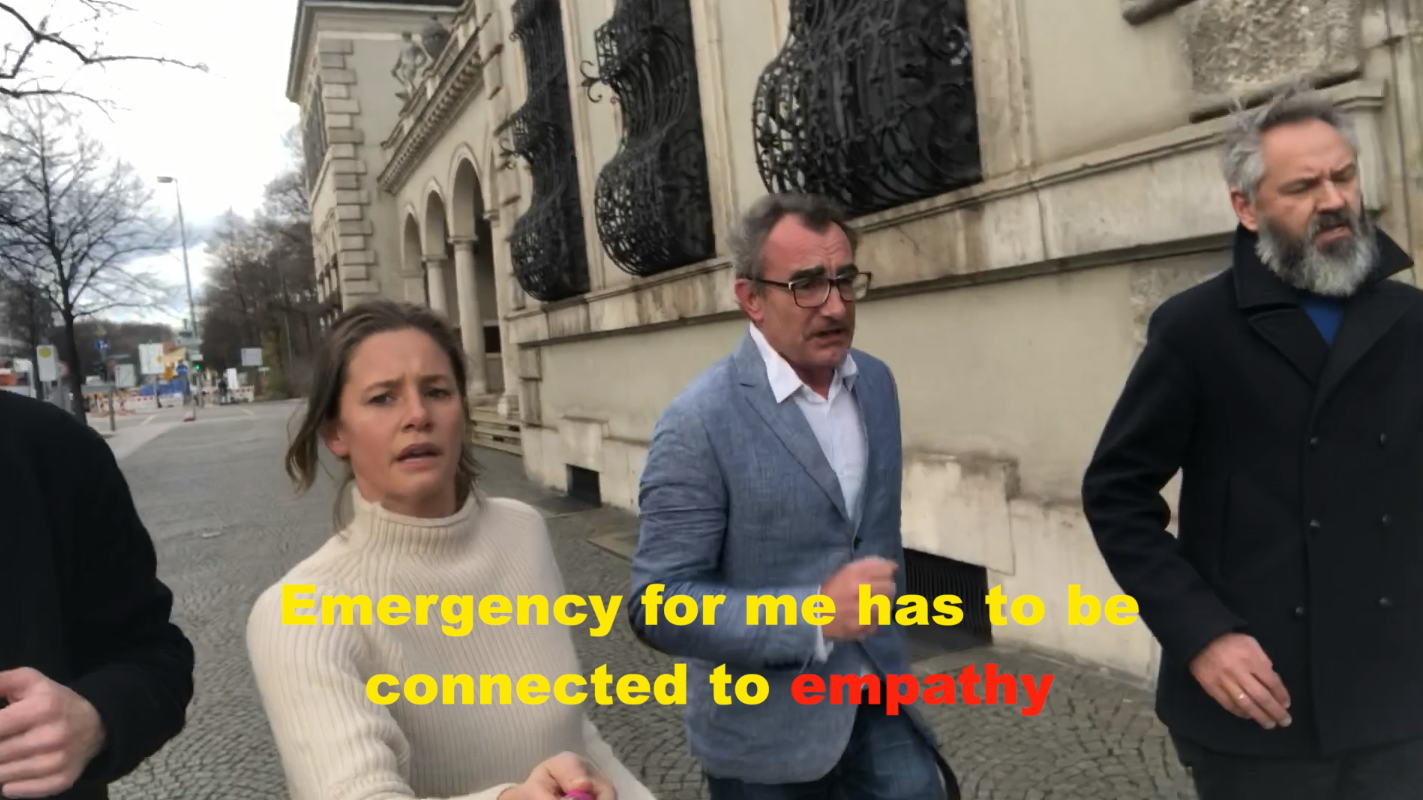 Thierry Geoffroy, Colonel/Critical Run. What is an emergency now? Can we rank emergencies? 2020. Courtesy of artist and Villa Stuck

The incomparable landscape of potentialities in Bavaria may be experiencing a major shift with this edition of “Various Others”, especially without the presence of Oktoberfest’s drunken masses. With a segregated cultural scene that is struggling not to shrink and a political environment that is still suffocating plurality, Munich, known for the incomparable freedom and research dedication of its institutions, is trying to focus on what counts. And that does not necessarily mean sales. Art, yes, but other than that, the selection of artworks seems optional. The frame of exhibitions still weights heavier than the exhibitions themselves. This fall, the city felt like a Dario-Argento-set. Rainy, empty, and preposterously alienating.